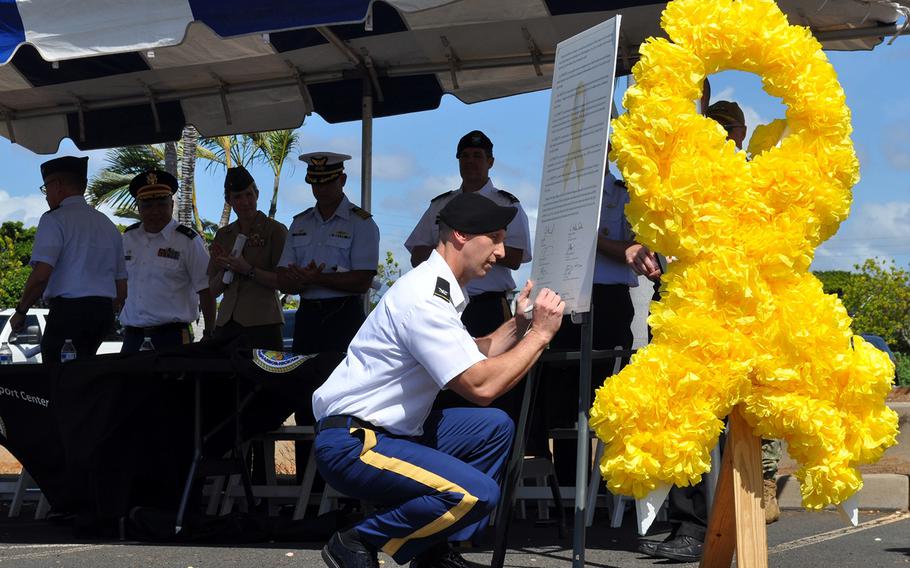 The study published Dec. 13 in JAMA Network Open suggests the uptick in active-duty Army suicide rates over the past two decades might not be associated with combat, as has been often assumed.

“There appears to be a paradigm shift that happens with the so-called ‘endless wars’ — Vietnam, Iraq and Afghanistan,” said Jeffrey Smith, a history professor at the University of Hawaii-Hilo and a co-author of the study.

“From a historical standpoint, rates did not increase during wartime, which is part of why we’re starting to try to look at these increases from a multifactorial perspective,” he said Thursday. “There’s probably other factors at play in these increases in rates beyond a singular fixation on combat exposure as the primary driver of what’s going on.”

Researchers from the University of Hawaii and the Defense Department examined records dating to 1819, the first such in-depth look at military suicide rates. The Army was chosen to review because it is the nation’s largest service branch.

Smith said his current research is examining suicide more broadly over time to “parse out” causes “indicative of a particular time and place” for society overall.

A big jump in the suicide rate in the late 1800s came at a time of no major wars and then declined without the military implementing a suicide-prevention program, which “seems to speak to larger factors at play,” Smith said.

The findings dovetail with several recent studies that found deployment does not increase the risk of suicide for active-duty personnel. The Defense Department’s annual report on suicide released in September described it as a “misconception” to link deployment – including combat experience, length of deployment, and number of deployments – with greater risk of suicide.

It noted, for example, that of the active-duty service members who died by suicide in 2017, 41.7% had no history of deployment.