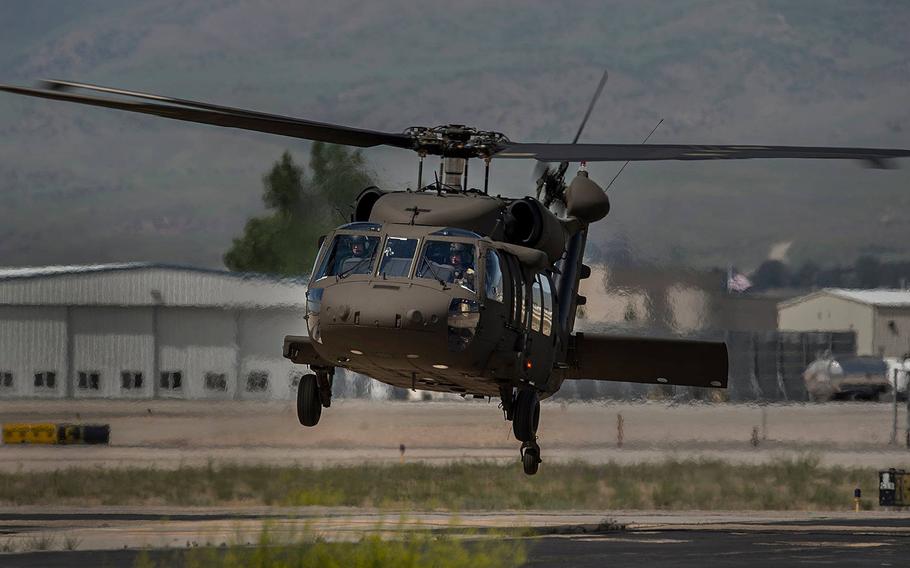 The UH-60 Black Hawk crashed just after 8 p.m. local time Tuesday night, killing everyone aboard, according to an Idaho National Guard statement. (Facebook)

The names of the pilots killed were being withheld until 24 hours after family notification per Pentagon policy, officials said.

“This is a tremendous loss to the Idaho National Guard and our community,” said Army Maj. Gen. Michael Garshak, the Idaho Guard’s top general. “Our thoughts and prayers are with the families and loved ones as we work through this tragedy.”

It was not clear what caused the crash Tuesday or if the bad weather — including snow — played a part, Washington said. The crew made no mayday or emergency calls before the helicopter went down, she said.

A formal investigation into the incident was expected to be launched Thursday when Army safety investigators were to arrive from Fort Rucker, Ala.

Local aviation officials lost contact with the aircraft about 7:45 p.m., after they radioed they were traveling back to the base, said Col. Christopher Burt, the Idaho Guard’s state aviation officer.

At about 8 p.m., officials launched emergency recovery efforts, including air and ground search and rescue crews after they were notified the helicopter's emergency signal had been activated, he said. The downed helicopter and its crew were located just after midnight, he said.

National Guard and active-duty troops were working Wednesday to recover the remains of the pilots, Burt said.

A cause of that crash has not yet been determined and an investigation is ongoing, an Army official said Wednesday. Crash investigations can take months to complete, officials have said.