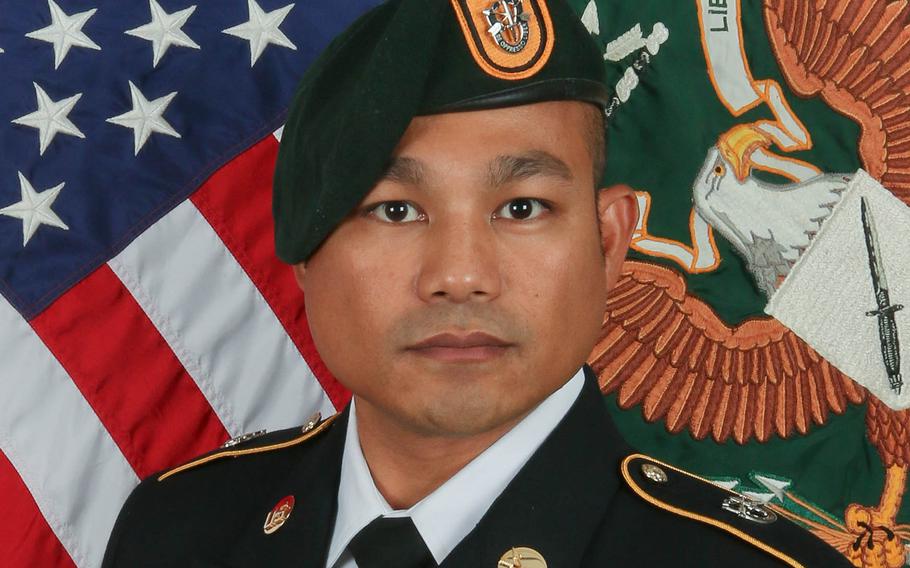 A Special Forces soldier who died Sunday in Afghanistan from wounds he sustained from an improvised explosive device was identified Monday by the Defense Department.

Staff Sgt. Reymund Rarogal Transfiguracion, 36, from Waikoloa, Hawaii, had been wounded Aug. 7 by an IED that detonated near him while on patrol in Helmand province, the Army said.

He was assigned to the 3rd Battalion, 1st Special Forces Group (Airborne), at Joint Base Lewis-McChord in Washington. He had deployed in March to Afghanistan in support of Operation Freedom’s Sentinel.

His death is being investigated, the Army said.

Transfiguracion was born in Sarrat Ilocos Norte, Philippines, on May 20, 1982, according to the Army. He enlisted as a motor transport operator in the Hawaii National Guard in 2001 and had deployed in support of Operation Iraqi Freedom from 2005 to 2006.

He joined active-duty service in 2008 and deployed to Iraq in support of Operation Enduring Freedom from 2008 to 2009.

Following his 2009 deployment, Transfiguracion was stationed at Schofield Barracks, Hawaii, where he deployed to the Philippines for six months in support of Joint Special Operations Task Force - Philippines from 2010 to 2011.

He was posthumously promoted to sergeant first class and awarded the Bronze Star, the Purple Heart and the Meritorious Service Medal.