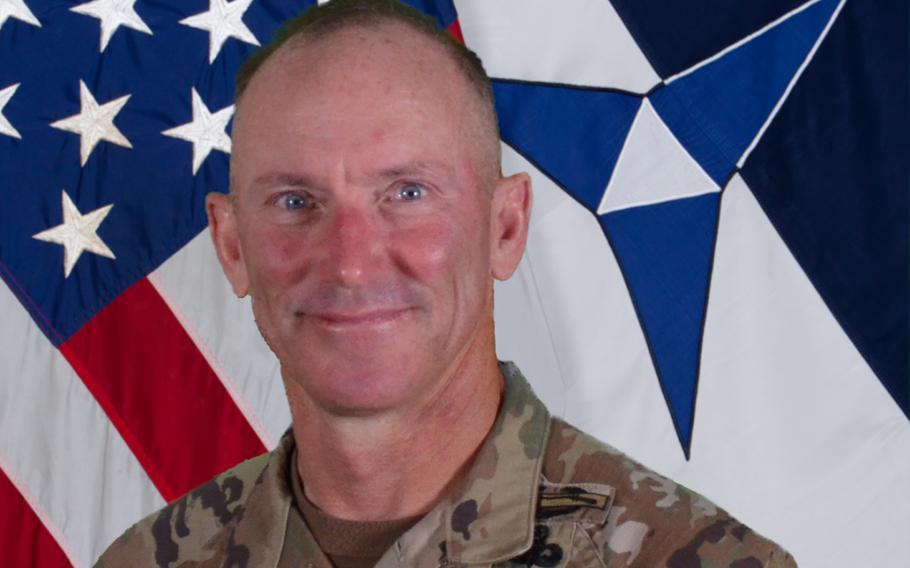 AUSTIN, Texas — The senior enlisted soldier at Fort Hood was suspended Friday while the Army investigates allegations of unprofessional behavior inconsistent with the values of the service, according to base officials.

FORSCOM will conduct an investigation into the allegations.

“We will wait for a full accounting of the facts and will not presuppose any findings or outcomes,” said Col. Myles B. Caggins III, spokesman for III Corps.

The suspension was not related to a recent report about Fort Hood that found the command climate and culture at the Texas Army base had significant faults, particularly related to sexual harassment and assault, according to a military official who spoke on the condition of anonymity. Following the report’s release, the Army fired or suspended 14 Fort Hood leaders.

The allegation is related to a specific incident where the language that Burgoyne used to address subordinates did not meet the standards expected of a corps-level command sergeant major, the military official said.

The investigation is expected to be completed next month, the military official said.

Burgoyne, who came to Fort Hood after serving as the senior NCO of the 82nd Airborne Division at Fort Bragg, N.C., has deployed three times each to Iraq and Afghanistan, according to his official biography.

He joined the Army in September 1986 with the Louisiana National Guard and entered active duty at Fort Hood, Texas, in December 1992. His awards include two Legions of Merit, three Bronze Star medals and a Ranger tab.