Fort Bliss brigade to deploy this summer to South Korea 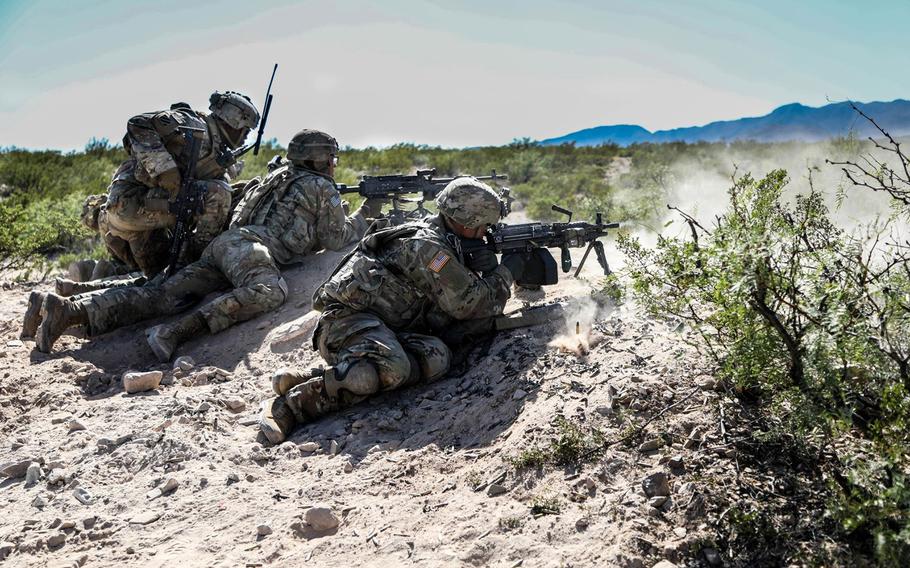 AUSTIN, Texas — Fort Bliss will send about 3,700 soldiers to South Korea as part of an ongoing rotation of troops to defend the peninsula, the Army announced Thursday.

Nicknamed the “Bulldog Brigade,” the unit will send the majority of its soldiers and equipment for the nine-month rotation in the summer. The rotations began in 2015 when the Army deactivated the permanently stationed unit that had served near the border with North Korea for five decades.

The brigade, which will be the 10th unit to serve this rotation, is led by Col. Jabari Miller and senior enlisted adviser Command Sgt. Maj. Derrick A. Braud.

“The Bulldog Brigade is led by an exceptional team and will represent our division and our families in support of our nation’s allies in the Pacific,” Miller said in a statement.

About 28,500 American service members are stationed in South Korea as protection against a possible invasion from North Korea. The rival nations remain technically at war since the Korean War, which ended in 1953 with an armistice instead of a peace treaty.