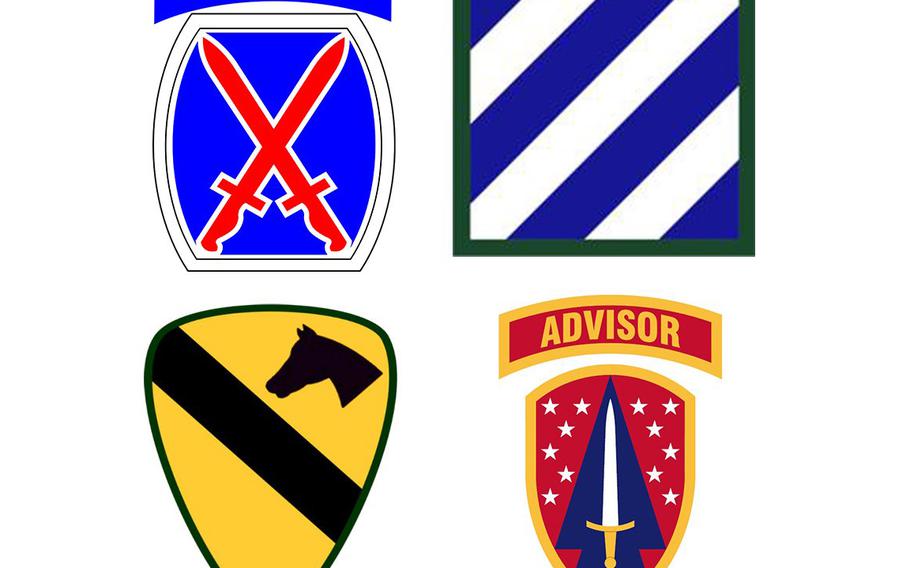 Army units from Texas, Georgia and New York are deploying to Europe and Afghanistan later in the year, according to an Army announcement Friday.

The 10th Mountain Division’s Combat Aviation Brigade from Fort Drum, N.Y., and the newly activated 3rd Security Force Assistance Brigade of Fort Hood, Texas, will deploy to Afghanistan in support of Operation Freedom Sentinel, according to the announcement. Both are part of a regular rotation of forces.

The 10th Mountain’s aviation brigade will replace the 1st Armored Division’s Combat Aviation Brigade with aircraft including Apache and Black Hawk helicopters and Shadow drones for about nine months, said Lt. Col. Kamil Sztalkoper, division spokesman. Sztalkoper would not say how many soldiers are in the brigade.

"With the help of our National Guard partners and the international coalition, we will work to defeat [the Islamic State] and set the conditions for long-term regional stability,” Col. Darrell Doremus, commander of the 10th Combat Aviation Brigade, said in a statement.

The Army on Friday also announced deployments to Europe.

The 3rd Infantry Division’s Combat Aviation Brigade, stationed at Fort Stewart-Hunter Army Airfield, Ga., and the 2nd Brigade Combat Team of the 1st Cavalry Division out of Fort Hood will deploy to Europe as early as fall, according to the Army announcement. Both are part of a regular rotation of forces in support of the U.S. commitment to NATO allies and partners.

The 2nd Brigade is an armored unit that will bring about 4,000 soldiers as well as tanks, Bradley fighting vehicles and mechanized artillery to various locations in Europe as part of Operation Atlantic Resolve, said Lt. Col. Chris Brautigam, division spokesman. He expects the transfer of authority to occur by October.

The brigade conducted an intensive training cycle that ended with a rotation at the National Training Center at Fort Irwin, Calif.

"While in Europe, the troopers of this brigade will continue to increase their readiness while supporting the United States' effort to deter aggression. In doing so, our allies will be assured of the enduring commitment of the U.S. to security in Europe,” Maj. Gen. Paul Calvert, commander of the 1st Cavalry Division, said in a statement.