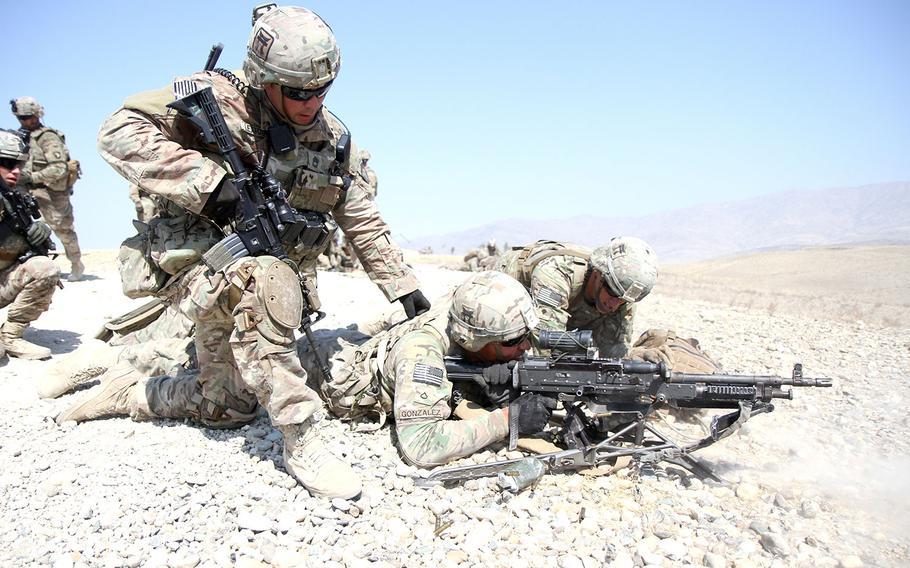 WASHINGTON – About 1,400 Fort Campbell soldiers will deploy to Afghanistan this fall in a regular troop rotation, the Army announced Tuesday.

It was not clear Tuesday what role the 3rd Brigade soldiers would serve or how long the deployment was expected to last.

The 101st Division’s 3rd Brigade – nicknamed the Rakkasans – most recently returned from Afghanistan in October 2015, where it served an about nine-month rotation in the country’s east focused on training the Afghan Army’s 201st and 203rd Corps.

The upcoming rotation will mark the brigade’s fifth rotation to Afghanistan since it became the Army’s first regular brigade to serve there in early 2002. The Rakkasans have also served two tours in Iraq during the last 15 years.

Army Brig. Gen. Scott E. Brower, the acting senior commander of the 101st Airborne Division, said the brigade is “prepared to accomplish any mission given to them while supporting Operation Freedom's Sentinel."

"From hunting al-Qaeda and Taliban forces during Operation Anaconda in 2002 to performing the advise (and) assist mission in 2015, the soldiers of the 3rd Brigade Combat Team have been nothing short of exceptional while supporting operations in Afghanistan over the years," Brower said in a prepared statement.

The deployment announcement comes amid continued violence across Afghanistan. The Taliban carried out twin bombings near the country’s defense ministry on Monday, killing at least 35. Later Monday, a third bombing preceded an hours-long siege at an office run by the aid group CARE International, which was also claimed by the Taliban.

Late last month, the U.S. military sent about 100 troops to bolster its training mission in the troubled Helmand Province in southern Afghanistan, as the Taliban threatened the provincial capital, Lashkar Gah. An American Green Beret, Staff Sgt. Matthew V. Thompson, was killed there Aug. 23 in an improvised explosive device blast.

Afghan police and military forces have struggled to maintain security in several parts of Afghanistan since President Barack Obama declared the U.S. military’s combat mission over at the end of 2014. There are currently about 10,000 American troops serving in Afghanistan in support of both Freedom’s Sentinel and the NATO-led Resolute Support mission, focused solely on training Afghan security forces. The United States will draw down to a force strength of 8,400 by the end of this year, Obama announced in July, leaving future troop level decisions to his successor.