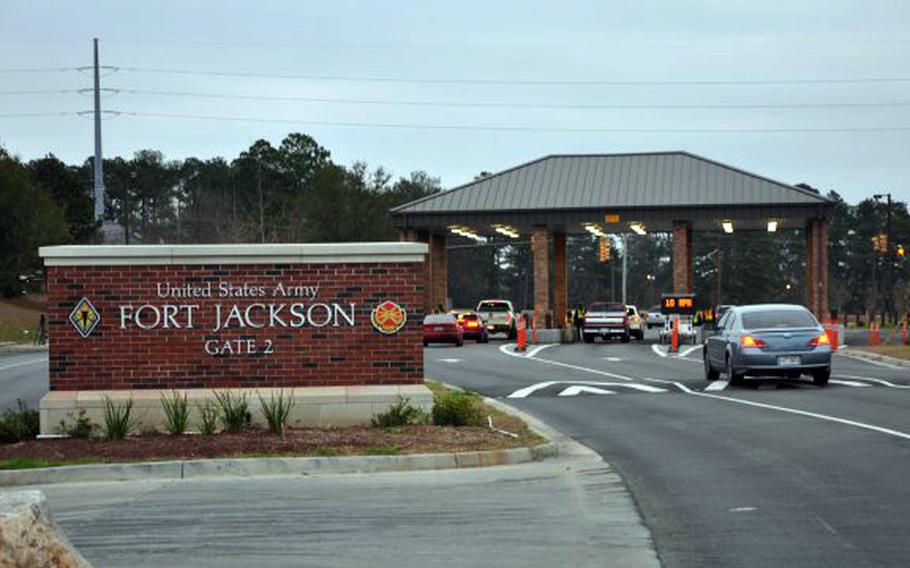 • Stars and Stripes is making stories on the coronavirus pandemic available free of charge. See other free reports here. Sign up for our daily coronavirus newsletter here. Please support our journalism with a subscription.

WASHINGTON — An Army recruit at Fort Jackson, S.C., has tested positive for the coronavirus, marking the first known case of the illness in the military’s initial entrance training programs, service officials said Tuesday.

The recruit was among two positive cases announced at Fort Jackson, the Army’s busiest initial entry training site, where about 50% of future soldiers are trained, post officials said. The second soldier to test positive was participating in the Adjutant General Basic Officer Leader Course, officials said.

The soldiers who tested positive for the fast-spreading coronavirus have been placed in isolation and are receiving medical attention, according to a Fort Jackson statement. They will not be allowed to return to their training programs until they are cleared by a doctor.

The Army in recent weeks has been screening recruits multiple times before they arrive at their initial entrance training locations and conducting additional checks before they begin their training, top service officials said last week. The screenings include temperature checks and a series of questions designed to determine whether they had been at risk of exposure to the virus in the past 14 days.

Even after the positive test of the recruit this week, Army officials said they are confident in the steps that they have taken to date to screen for the virus. Additionally, the service has canceled family day visits and closed its graduation ceremonies to the public, including the family members of recruits.

“We continue to assess our protective measures and they are currently working extremely well,” said Army Col. Rich McNorton, a spokesman for Army Training and Doctrine Command, which oversees the service’s initial training at 17 installations across the U.S.

The recruit who tested positive was set to train with Fort Jackson’s 3rd Battalion, 13th Infantry Regiment, but has been isolated from other recruits after answers to the coronavirus screening questions revealed the recruit could have been exposed, said Army Brig. Gen. Milford Beagle Jr., Fort Jackson’s top commander. The recruit first showed symptoms related to the disease Friday before testing positive Monday, Beagle said in a video message posted to Fort Jackson’s Facebook page.

Post officials are now working to determine who was in contact with the recruit and the other soldier at Fort Jackson since they arrived on post, he said. Locations that they were known to have visited are being cleaned thoroughly.

“I am grateful for everyone’s patience and empathy over the last month as we have been fighting the spread of COVID-19,” Beagle said, referring to the formal name of the disease caused by the coronavirus. “We need to continue to work together and help each other as we navigate through this health emergency.”

Top Army officials last week vowed to continue basic combat training and other initial-entry courses, which they said were vital to keeping the service running. Gen. James McConville, the Army chief of staff, told reporters Friday that only about half of the typical number of recruits were shipping to initial training.

Several Army officials said Tuesday that there was no serious discussion within the service about shutting down initial-entrance-training programs, even as the Pentagon’s top civilian and military officer warned the outbreak in the U.S. was likely to last at least three months.

On Friday, the Army closed the doors of its recruiting stations across the U.S. in an effort to protect the health of its recruiters. McConville said those recruiters will shift their focus to recruiting via the internet and their cellphones for the time being.

The Army reported 40 confirmed cases of the coronavirus Tuesday among its active-duty soldiers. Defense Department-wide, 191 U.S. service members had tested positive for the disease as of Tuesday morning, the Pentagon said.