Army bans moves to new assignments, training trips for soldiers based in Italy 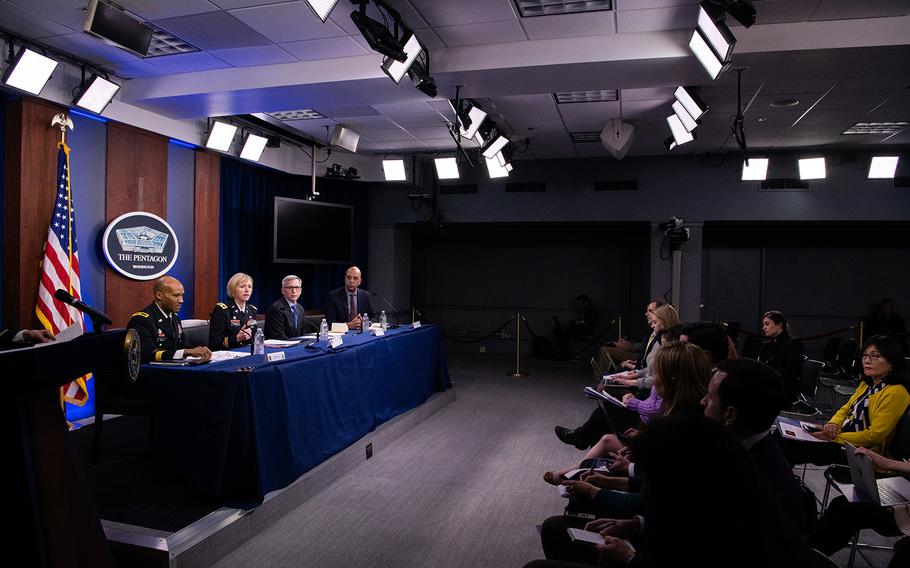 VICENZA, Italy — The Army has barred troops based in Italy from taking new assignments or attending military schools in the U.S. in an effort to slow the spread of the new coronavirus.

“Effective immediately, all PCSing soldiers and families on orders from Italy will stop movement, and they are delayed for the next 60 days or until further notice,” U.S. Army Garrison Italy commander Col. Dan Vogel said Saturday in a video message posted on the garrison’s Facebook page.

Over the next two months, the garrison was expecting about 180 soldiers to change assignments, known as permanent change of station or PCS.

“This decision affects soldiers, civilians and their families differently based on where they are in the PCS cycle,” Vogel said.

Those most affected are families who’ve already had their household goods packed or shipped. “The bottom line is we realize this is a time when soldiers and families are in flux,” Vogel said. “We will work with you to make sure you’re taken care of.”

The guidance came hours after U.S. European Command confirmed that an American sailor stationed at Naval Support Activity Naples had tested positive for the coronavirus Friday — the first confirmed case of COVID-19 linked to a U.S. service member in Europe.

Italy has the highest number of new coronavirus cases outside of Asia. As of Friday, there were more than 3,900 confirmed cases of COVID-19 infection, 4,636 suspected cases, and just under 200 people had died after contracting the virus, the country’s Civil Protection Agency said.

Most of the cases in Italy are in the north of the country, where the 31st Fighter Wing at Aviano Air Base had 134 people in isolation or self-quarantine Friday and instructed everyone to keep their distance from others as a precaution.

Both Aviano and U.S. Army Garrison Italy have closed schools through March 15. In the south, schools on Navy bases in Sigonella and Naples were still open at the end of the week.