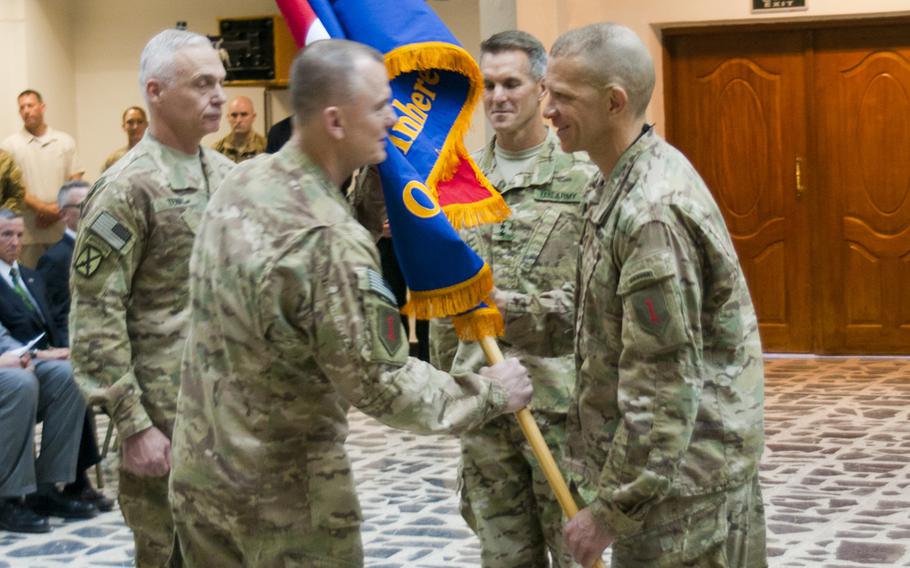 The first Army unit tasked with helping rebuild the beleaguered Iraqi army after the Islamic State’s advance across northern Iraq has transferred authority to its successor after completing a nine-month deployment.

“We are re-establishing their honor. The whole reason you train is to build confidence in yourself, your equipment, your leaders and your doctrine,” said Maj. Gen. Paul E. Funk II, outgoing commander of Combined Joint Land Command, in a Defense Department statement.

The 82nd’s 300 paratroops are now part of an approximately 3,500-strong American force deployed to Iraq to train, advise and equip local forces in the fight against the Islamic State.

“We are firm in our resolve to defeat Daesh and remain committed to training and advising and assisting our Iraqi partners,” said incoming commander Gen. Richard Clarke, using an Arabic abbreviation for the militant group.