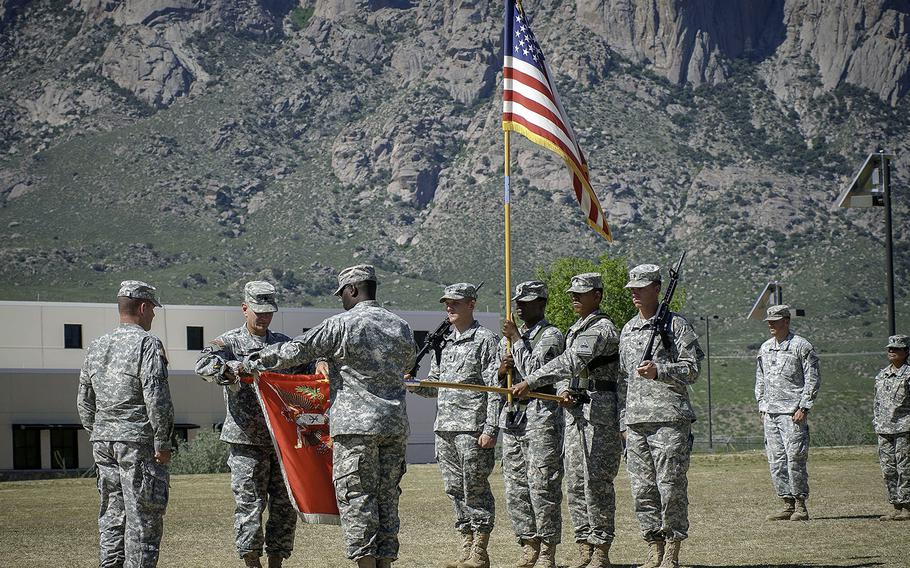 Members of the Army's 2nd Engineer Battalion 'Case the Colors' at White Sands Missile Range in New Mexico on Thursday, April 30, 2015. Troops from the battalion are heading to Fort Bliss and other locations in the United States. (Jett Loe/The Las Cruces Sun-News/AP)

Las Cruces Sun-News reported that the 2nd Engineer Battalion formally symbolized their move with a flag ceremony called the Casing of the Colors.

The Amy announced in 2014 that it will deactivate the 600-soldier 2nd Engineer Battalion as part of a worldwide restructuring. It was then announced that the Battalion would be reorganized and assigned to the 3rd Brigade Combat Team of the 1st Armored Division at Fort Bliss in El Paso.

The battalion was reactivated at White Sands in 2008. Between 2009 and 2012 they were deployed to Iraq and Afghanistan.

Copyright 2015 The Associated Press. All rights reserved. This material may not be published, broadcast, rewritten or redistributed.