'It was about a 40-hour day': US, multinational airmen fly around the world on medical supplies delivery 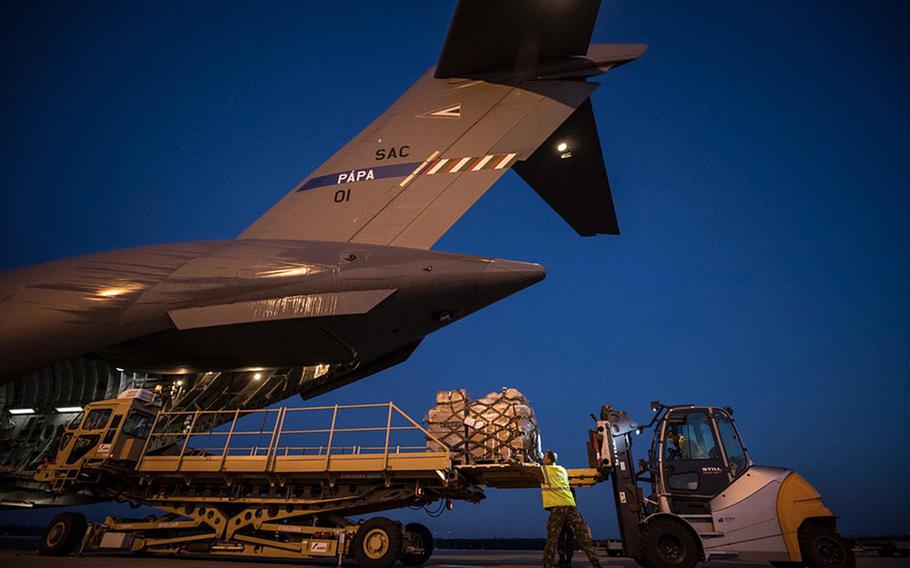 One of the Strategic Airlift Capability's three C-17 Globemasters is loaded with cargo in Eindhoven, Netherlands, for a flight to Saint Martin, April 5, 2020. (Royal Netherlands Defense Forces)

One of the Strategic Airlift Capability's three C-17 Globemasters is loaded with cargo in Eindhoven, Netherlands, for a flight to Saint Martin, April 5, 2020. (Royal Netherlands Defense Forces) 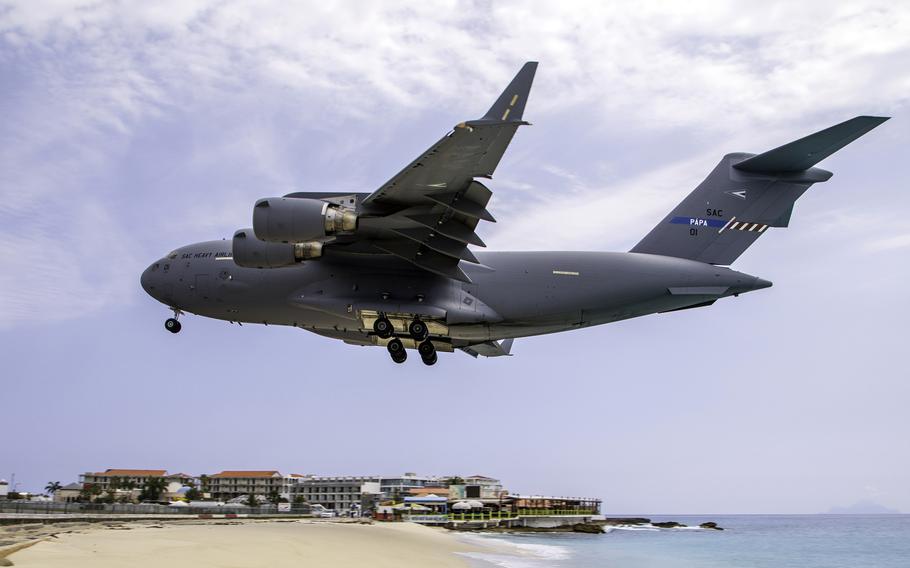 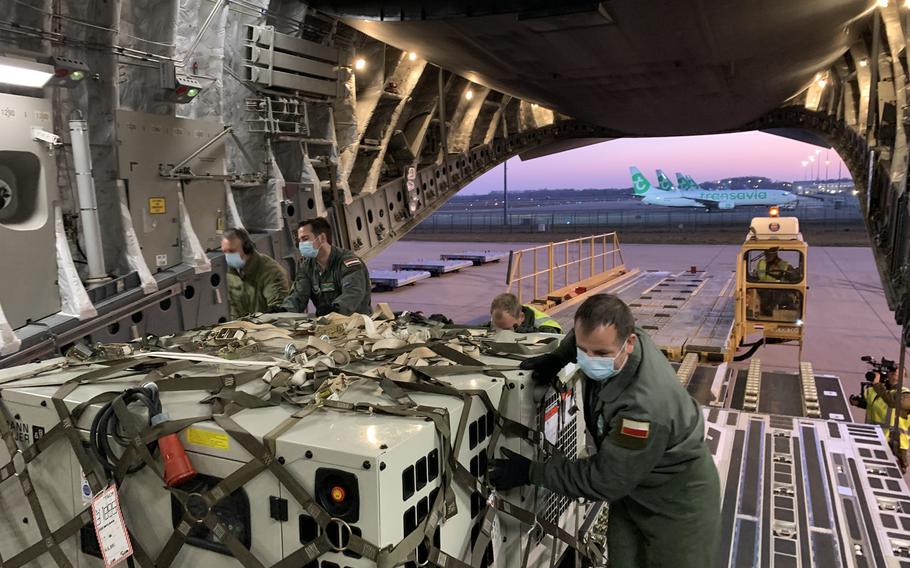 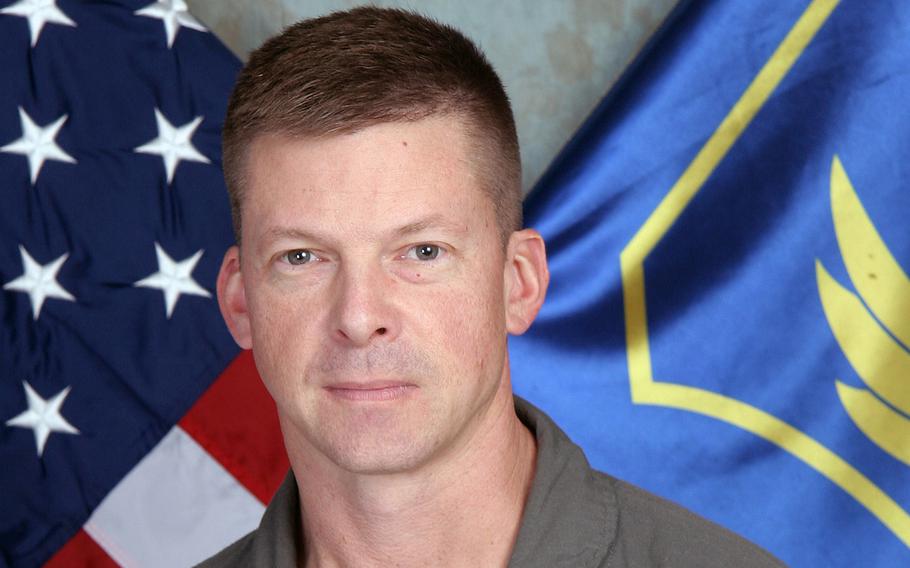 Air Force Col. James Sparrow is a C-17 instructor pilot and has been with the Heavy Airlift Wing in Papa, Hungary, since 2017. (Strategic Airlift Capability)

AVIANO AIR BASE, Italy — Crews from a multinational airlift wing have delivered hundreds of thousands of pounds of medical supplies to countries spanning the globe, the U.S. Air Force officer commanding the unit said Tuesday.

The Strategic Airlift Capability’s Heavy Airlift Wing traveled to what under normal circumstances would be nice vacation spots. But their stays in Thailand and the Caribbean were very brief and part of a long mission to aid the global response to the coronavirus.

“It was about a 40-hour day,” said U.S. Air Force Col. James Sparrow, commander of the operational element of the Papa, Hungary-based command, of a mission that also included stops in South Korea and Afghanistan before ending in Romania.

That mission, one of three ferrying protective gear for medical workers, was one the wing is well suited for.

Formed in 2008, the Strategic Airlift Capability assists European countries too small to maintain their own military transport fleet.

The wing consists of about 150 personnel that maintain and fly three C-17 Globemasters. Americans make up about a third of the wing, which also consists of personnel from nine NATO allies, Sweden and Finland.

While carrying personnel and cargo to various deployments around the globe make up a good chunk of the wing’s operations during normal times, Sparrow said operating during a pandemic is different.

“I think it is historic in that respect,” he said Tuesday in a phone interview. “I think we’re extremely satisfied and very proud of what we’re doing.”

Besides providing member nation Romania with 270,000 pounds of medical goods, Sparrow said another trip sent intensive-care beds and equipment from Eindhoven, Netherlands, to the Dutch half of Saint Martin, in the Caribbean.

“It tripled their capacity on the island,” Sparrow said.

He said he couldn’t discuss future missions, but there are several more to support the response to COVID-19 in the planning stages.

“We think this is our bread and butter for the near future,” Sparrow said.