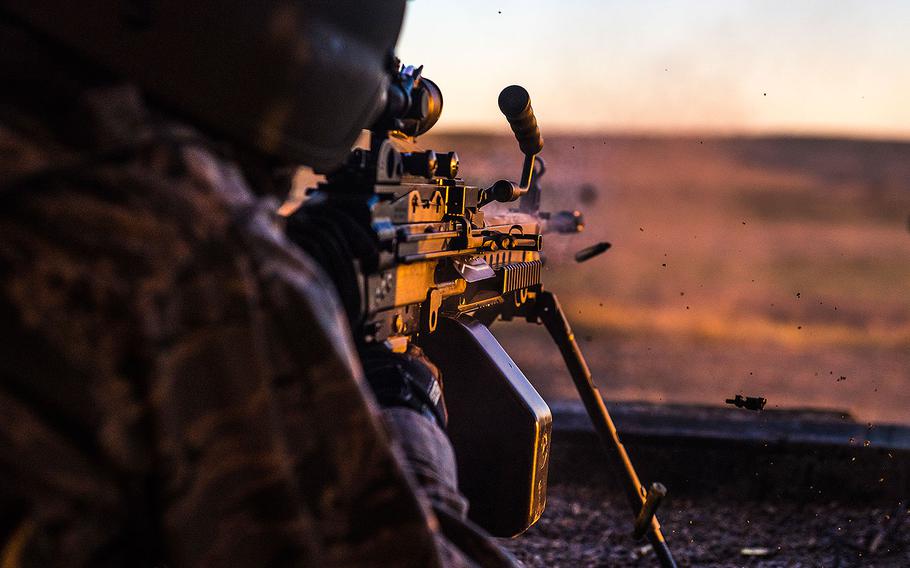 Special agents with the service’s Office of Special Investigations found the machine gun while executing a federal search warrant, Minot officials said Wednesday in a statement. They declined to provide additional information, including the identity of the airman who was in possession of the firearm or any pending charges the airman could face, citing the ongoing investigation.

The M-240 is a nearly 30-pound, belt-fed, automatic machine gun that fires 7.62 mm rounds. The weapon was found to be missing from the Air Force base in North Dakota on May 16 during an inventory check of weapons belonging to the 91st Security Forces Group. It was the second case in less than a month in which the group lost weapons, which would lead to the removal of the group’s senior leaders.

On May 1, airmen with the 91st SFG lost a box of 40mm MK19 automatic grenade launcher ammunition off the back off a Humvee while traveling rural roads in North Dakota, Minot officials said. The service launched a large-scale search for the missing ammunition and offered a $5,000 reward for its return but it was never found, officials said. The incident was considered an accident.

On May 23, Col. Jason Beers, the group’s commander, and Chief Master Sgt. Nikki Drago, the unit’s superintendent, were fired due to a “loss of trust and confidence” in their leadership, the Air Force announced.

Beers, however, is slated to take a new job in the summer as the chief of the installations division at Air Force Special Operations Command Headquarters at Hurlburt Field in Florida, officials said.