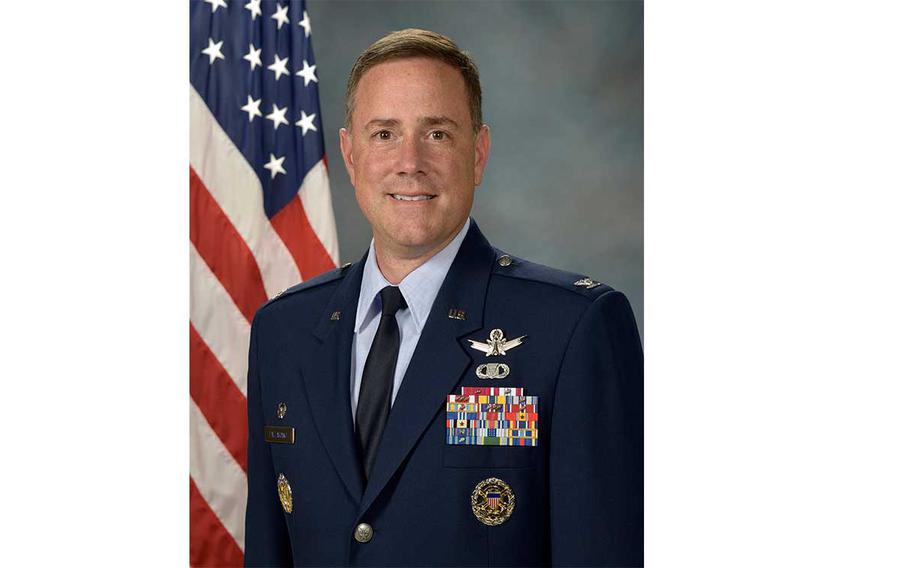 The Air Force has opened an investigation into Falzarano’s death but initial indications show he likely died of natural causes, officials said in a statement. Falzarano, 47, was not believed to have contracted the coronavirus, the officials said.

As the leader of the 21st Space Wing, Falzarano was also the senior commander for Peterson AFB in Colorado Springs and the nearby Cheyenne Mountain Air Force Station. The wing and the two installations are critical to space-based operations, which he led for the Air Force since July 2019 and for the Space Force since December.

Air Force officials on Wednesday described Falzarano as a talented space officer who was expected to become a general officer, likely in the Space Force.

Space Force Gen. Jay Raymond, the chief of space operations, said Falzarano's death was “tragic" for the Air Force and Space Force. Before taking command of the 21st Space Wing, Falzarano spent a year working as Raymond’s executive officer at the former Air Force Space Command, which has since morphed into the headquarters of the Space Force.

“Tom was an incredible leader, mentor and friend who will be remembered for his warm personality and dedicated service to our nation,” Raymond said in a statement. “Our heartfelt condolences and prayers go out to his family, friends and all members of the 21st Space Wing.”

The 21st Space Wing's vice commander, Col. Sam Johnson, who took command of the unit Tuesday, described his late boss as “a fearless leader" who will be "sorely missed."

Falzarano was a 1994 graduate of the Air Force Academy, also in Colorado Springs. After commissioning, he initially flew F-16 fighter jets before attending the service’s space and missile training program, becoming its top graduate in late 1996, according to his official biography. He’d spent most of the rest of his career in the space field, which would include stints at the Pentagon and a yearlong tour in Iraq from 2007 to 2008, serving as a strategic engagement adviser to Iraqi forces in Baghdad.

With 4,300 personnel, including 2,000 airmen, the 21st Space Wing is the Air Force’s 5th largest wing and its most geographically dispersed. The unit’s airmen are spread across 22 locations in nine countries, and they are responsible for warning of incoming missiles to the top generals and admirals overseeing military operations around the world, among other space control and defense missions.

“There’s a lot going on in the space enterprise right now,” he said. “The space warfighting domain is changing what we do in space, and we have to look at space differently and look at the people who operate these systems differently. Everything’s changing.”

Falzarano said he was excited to continue his military career in that field and pitched it as an exciting mission for new Air Force personnel.

“I can’t think of a more exciting place and time to be a new lieutenant or airman,” he said. “The opportunities are limitless.”