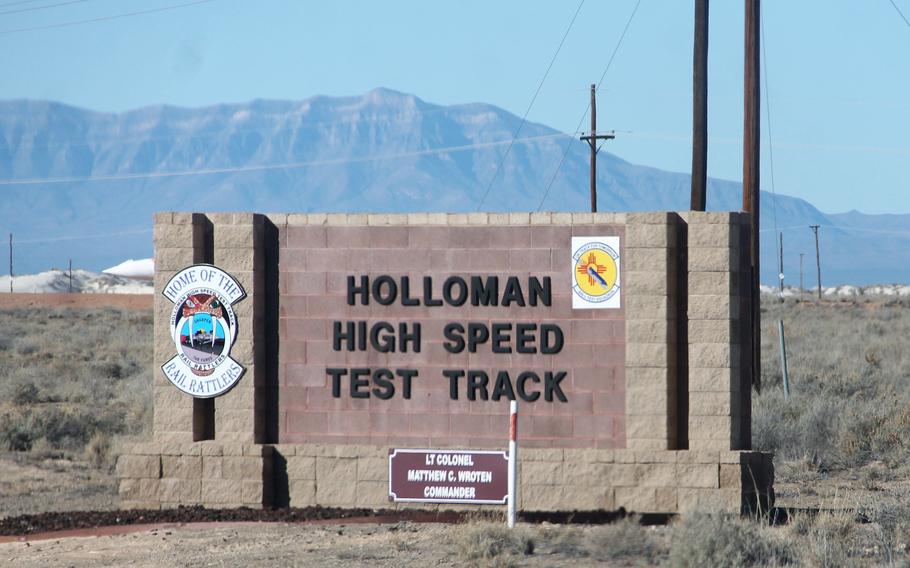 (Tribune News Service) — Air Force bases in New Mexico including Alamogordo’s Holloman Air Force Base and Cannon Air Force Base near Clovis received millions of dollars in federal funding through an annual spending bill approved by Congress and sent to the desk of President Joe Biden to become law.

U.S. Sen. Martin Heinrich (D-NM) who serves as chairman of the Senate Appropriations Subcommittee on Military Construction, Veterans Affairs, and Related Agencies said the bill marked strong support for military facilities and the people who work at the in New Mexico.

“This bill makes major investments to provide our Armed Forces with the state-of-the-art equipment they need to stay ahead of our adversaries and to advance our leadership in emerging technologies like artificial intelligence, directed energy and hypersonics,” Heinrich said.

Included in the NDAA was $2 million in federal funds to expedite construction of a testing facility at Holloman to evaluate new radar detection technology.

Such a facility already exists at the base but needed updates and repairs.

Technologies tested at the facility measure an aircraft’s radar characteristics to study its vulnerability to enemy detection and detect enemy aircraft from long distances.

The funding was intended to allow the Air Force to begin designing and constructing the facility ahead of schedule.

About $175 million was dedicated to the Air Force’s work addressing groundwater contamination from per- and polyfluoroalkyl substances (PFAS) at both Holloman and Cannon Air Force bases.

About $5 million was sent to Cannon Air Force Base to build a new, 192-bed dormitory at the base to house enlisted Airmen, intended to help alleviate housing shortages in Clovis and Portales.

The bill also included $6 million to pay for building a Deployment Processing Center which was meant to reduce wait times for deployments around the world that begin at Cannon. The facility will consolidate parachute rigging and airdrop operations at a single facility.

At Kirtland, about $5.6 million in the NDAA was earmarked to finish construction on the Wyoming Gate Project which will improve the base’s perimeter security.

Another $5.3 million was sent to the base via the NDAA to develop a Space Rapid Capabilities Office which will develop satellite technologies for use in outer space.

The base’s pararescue training facility was also funded with $810,000 in NDAA funds. Airmen trained at this facility conduct worldwide rescue missions of servicemen.

Another $5 million sent to White Sands through the NDAA will help construct a hypersonic test and evaluation installations, through a joint project with New Mexico State University.

The project will focus on testing interceptors to defeat hypersonic missiles.