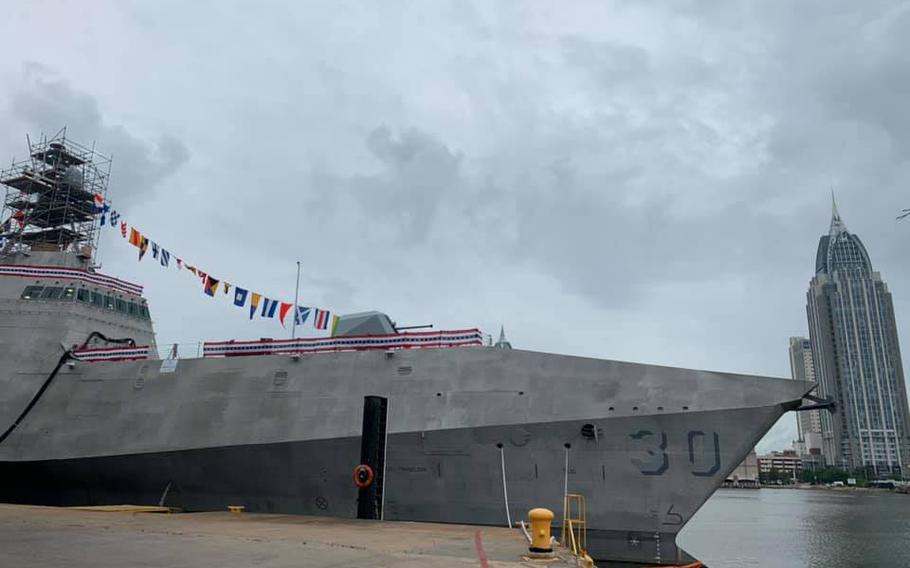 (Tribune News Service) A U.S. Navy ship named after Canberra, the capital of Australia, was christened in Mobile, Ala., on Saturday by officials from that nation.

Austal USA, which built the ship at its Mobile shipyard, hosted the ceremony, and Alison Petchell, the Australian Government’s Minister Counsellor Defence Materiel, christened the ship, the USS Canberra, according to a statement by the company.

Austal, headquartered in Perth in western Australia, opened its Mobile shipyard in 1999. It manufactures the Littoral Combat Ship (LCS) and Expeditionary Fast Transport (EPF) for the U.S. Navy.

“Today, just 16 years after Austal USA joined the U.S. defense industrial base, the company is hosting its 15th littoral combat ship christening — LCS 30, a ship proudly named after the capital of Australia and yet another symbol of the great ties between our two countries,” stated Austal USA Interim President Rusty Murdaugh in his address at the ceremony.

According to Austal USA, the USS Canberra is the second U.S. Navy ship to be named after the Australian capital.