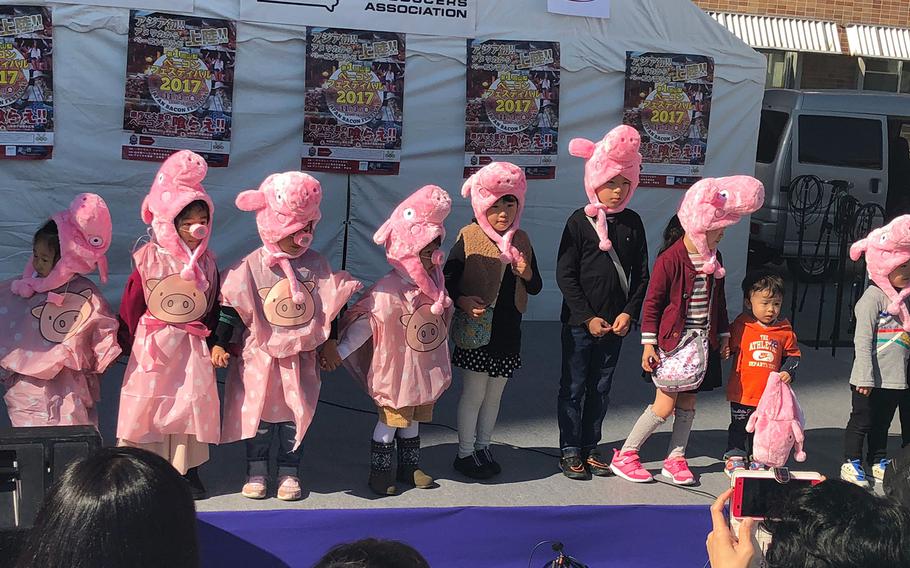 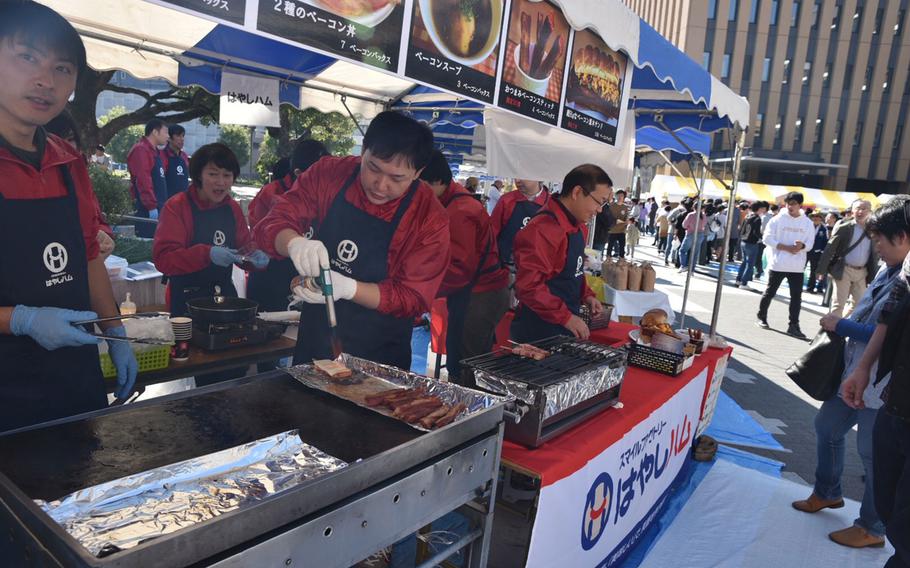 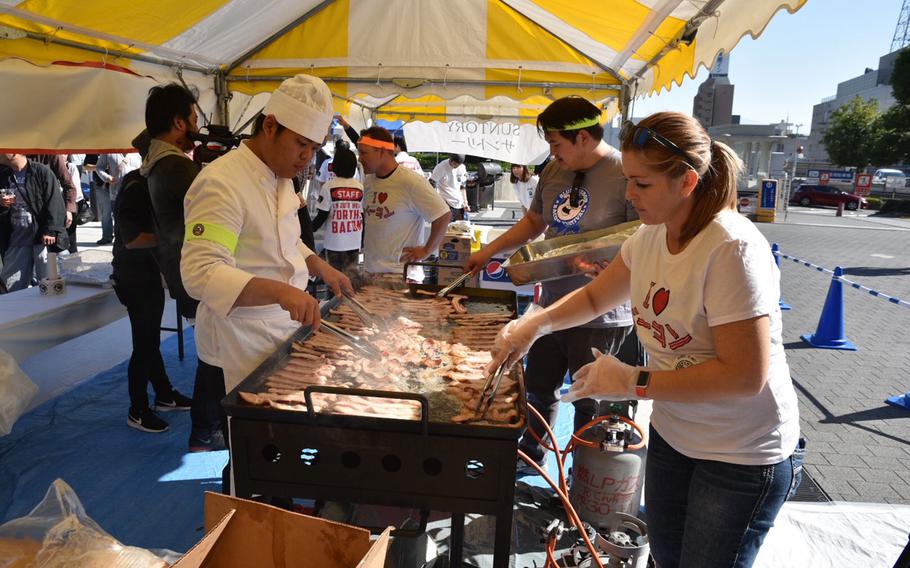 Festival staff fry some of the 40,000 strips of bacon given away at the Japan Bacon Festival in Kofu, Japan, on Nov. 3, 2017. (Courtesy of Blue Ribbon Bacon Festival) 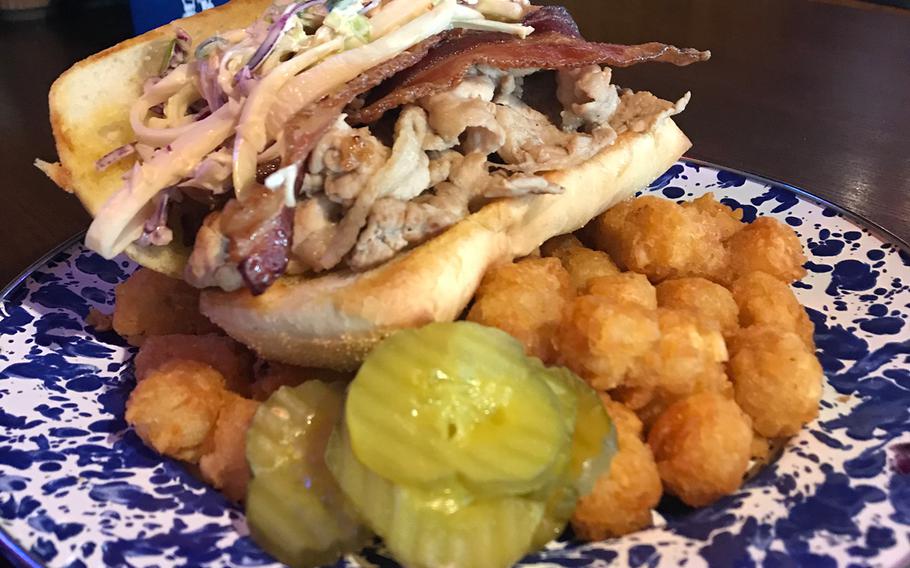 Japan is a nation famous for its festival traditions. The celebrations — which can range from the rowdy and rambunctious, to the spiritual and serene — often date back hundreds of years, and many are steeped in ancient Japanese history and folklore. But a festival taking place next weekend in Japan’s Yamanashi prefecture is based on something a bit more contemporary: A love of all things bacon.

Now in its second year, the Japan Bacon Festival got its start when the organizers of Iowa’s Blue Ribbon Bacon Festival coordinated with local partners to hold a Japanese version of their annual bacon lovefest.

The festival, which takes place the weekend of Sept. 29 and 30, will be held at the Kofu Historical Park, located adjacent to Yamanashi’s Kofu Station.

This year’s festival is dubbed Bacon Wars: The Pork Loin Strikes Back! and promises “double the space, double the days, and double the pork,” said Brooks Reynolds, co-founder of the Blue Ribbon Bacon Festival and chairman of the Iowa Bacon Board.

Pork loin is a new festival offering for this year’s event, as is a bacon-eating contest and the Japan Bacon Queen Pageant.

Entrants to the bacon-eating contest can compete solo or in groups of three, with the winner being whomever can eat a set amount of bacon fastest. The winning individual will take home a 30,000-yen prize (about $270), while the victorious group will be awarded 50,000 yen.

Japan is a natural fit for a festival celebrating the virtues of pork, as the country consumes more pork annually than beef and chicken combined. Despite producing more than half of its pork domestically, Japan also leads the world in pork imports.

While a Japanese bacon festival influenced by Iowans might seem a bit odd, the link between the Midwestern state and the mountainous prefecture of Yamanashi stretches back more than 50 years to the Iowa Hog Lift of 1960.

“After two typhoons devastated Yamanashi prefecture, the state of Iowa, in conjunction with the U.S. Air Force, sent 36 breeding hogs and 100,000 bushels of feed corn to help with the recovery effort,” Reynolds said. “That led to Yamanashi prefecture and Iowa becoming sister states.”

In just two years, the 36 hogs multiplied to more than 500 — and today, most pigs in Japan have some genetic link to those original Iowa porkers.

“Over 10,000 people showed up [to the festival] last year and it was a hit,” Reynolds said. “It just goes to show that two different cultures can come together over the common bond of loving pork and bacon.”

Japan Bacon FestivalDIRECTIONS: The Japan Bacon Festival will be held at Kofu Historical Park, which is accessible by train via the JR Chuo Line and JR Minobu Line at Kofu Station. Kofu is also easily reached by car via the Chuo Expressway at the Kofu Showa exit. From Hachioji and nearby points in western Tokyo, the drive takes about 90 minutes. Limited express trains, such as the Super Azuza, can allow visitors to reach the festival in just over an hour, while local and rapid trains complete the journey in about 100 minutes.

COSTS: Admission to the festival is free, but guests are required to purchase Bacon Bucks at the event, which can be exchanged for food and beverages.

FOOD: Pork loins and bacon galore, along with other food, will be for sale from vendors.