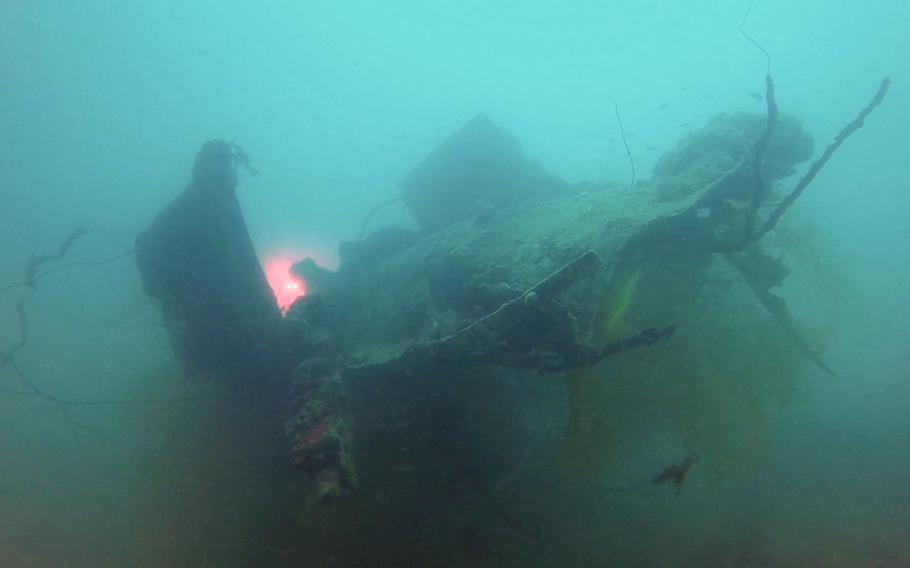 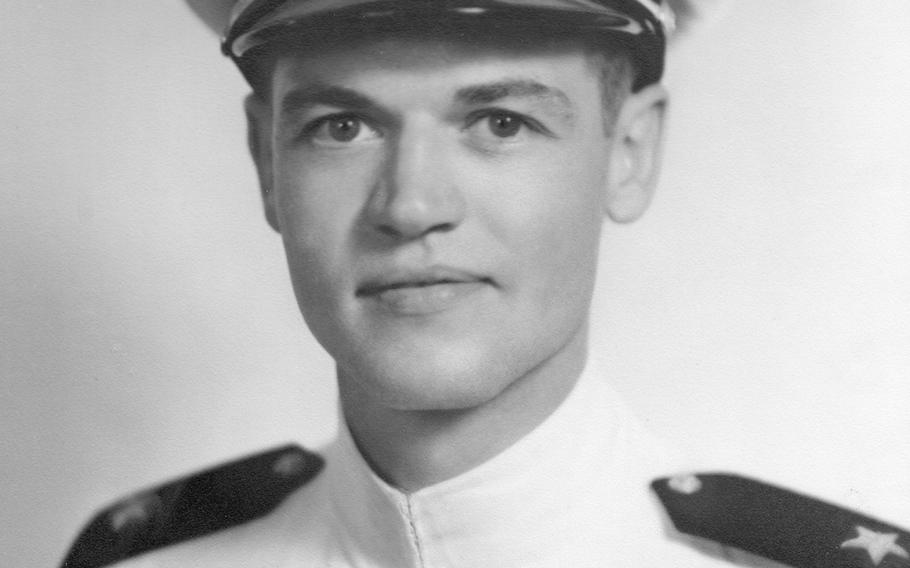 Navy pilot Lt. William Punnell was shot down over the Pacific Ocean in 1944. The Defense Department, along with investigators with Project Recover, found and recovered Punnell's remains in 2014. He was officially identified last year and will be laid to rest in Arlington National Cemetery on Wednesday. (Courtesy of Project Recover ) 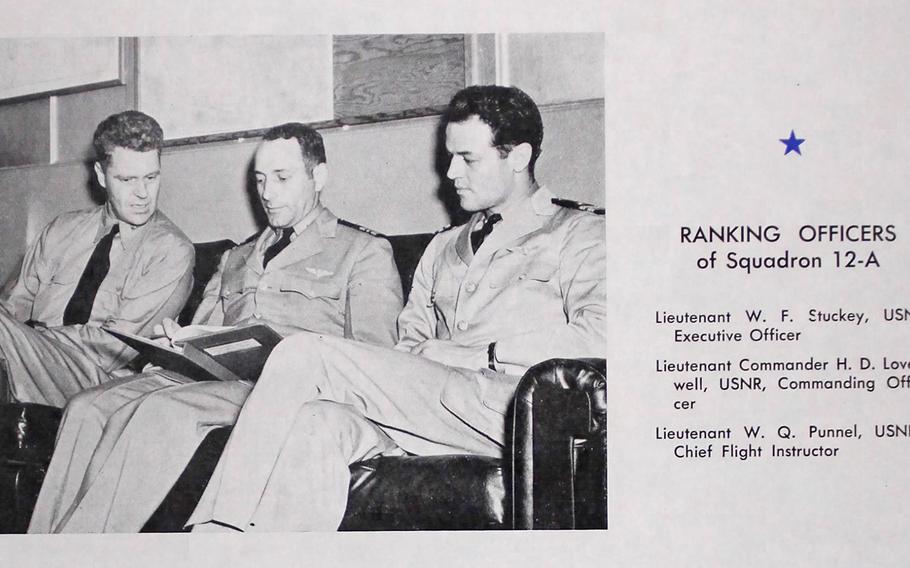 Navy pilot Lt. William Punnell, right, was the commanding officer of his fighting squadron during World War II. He was on a mission to strafe Japanese targets on the Republic of Palau when he was shot down over the Pacific Ocean in 1944. (Courtesy of Project Recover)

WASHINGTON — The family of Lt. William Punnell never imagined he would be found.

At age 27, Punnell was the commanding officer of his fighting squadron during World War II. He was shot down over the Pacific Ocean in July 1944 while on a mission to strafe Japanese targets on the Republic of Palau. Japanese troops on the island returned fire and hit Punnell’s aircraft, which crashed in the ocean and sank on impact.

Punnell’s nephew, Dennis Kelvie, was born two weeks before the crash. When Kelvie was growing up in rural South Dakota, Punnell was the “hero of the household,” he said. The whole family presumed he would always be missing.

“It was never even thought of that someone would find him. It was never considered,” said Kelvie, now 73. “The ocean is a big place.”

However, after years of attempts, Punnell’s remains and his aircraft, an F6F “Hellcat,” were found and recovered from the Pacific in 2014. The Defense POW/MIA Accounting Agency officially identified the remains last year, using Kelvie’s DNA.

Punnell will get a burial with full military honors at Arlington National Cemetery on Wednesday – nearly 74 years after he was declared missing in action.

“If anybody in the world ever deserved to be buried with military honors, my uncle did,” Kelvie said. “He’s finally getting what he deserves.”

Punnell is from Flandreau, South Dakota and joined the Navy immediately after graduating high school. He was married to Marian Claire shortly before he deployed to the Pacific theater, and the couple had a son that Punnell never met. Most of his family – including his parents, two sisters, wife and son – have since died.

Kelvie and his three sons are Punnell’s last living relatives. Kelvie and his oldest son, William, who is named for his great-uncle, plan to attend the ceremony at Arlington.

“We’re excited,” Kelvie said of the ceremony. “I just wish my grandparents could be here, and my mother and aunt.”

But the Kelvies won’t be alone. Some of the investigators who spent hundreds of hours searching for Punnell will stand alongside them at his gravesite.

“At the end of the day, why we do this has nothing to do with the crash site itself, or the aluminum, or even the adventure,” said Pat Scannon, a principal investigator with Project Recover – the group that found Punnell. “It’s all about the families.”

Since 1993, Scannon has been focused on finding crash sites of missing WWII servicemembers near Palau – an island country in the western Pacific Ocean. About that time, he searched the National Archives and discovered many Americans shot down near the Palau islands during WWII remained missing.

“And I decided to do something about it,” he said.

Scannon began searching for Punnell a decade before he found him. He and his team spent hundreds of hours diving around the Palau coast, looking for signs of the Hellcat.

Then Scannon met Mark Moline, director of the School of Marine Science and Policy at the University of Delaware. Moline had underwater vehicles that could boost Scannon’s search capabilities from a few thousand square feet each day with scuba divers to four kilometers with the new technology.

“That’s like going from riding a horse to flying a jet in terms of the extent of area we can cover,” Scannon said.

The two teamed up with Eric Terrill, director of the Scripps Institution of Oceanography, and formed Project Recover, which now conducts underwater searches around the world for missing servicemembers from all eras. It’s a collaboration between the University of Delaware, the University of California San Diego, and the BentProp Project — a nonprofit that Scannon founded in the 1990s.

The group receives a mix of public and private funding, including a contribution from billionaire Dan Friedkin, chairman of The Friedkin Group.

In 2017, Project Recover discovered nine aircraft, which could result in the repatriation of up to 36 servicemembers missing in action.

In Punnell’s case, an after-action report from 1944 pinpointed his crash site about 300 feet from the Palau coast.

Using a team of scuba divers, along with the underwater vehicles and other technology, Project Recover located the Hellcat – first its tail, then the rest of it -- about 600 yards from the coast, along an underwater cliff. Seventeen people were involved in the mission.

When they found it, the team anchored a boat over the site and held a ceremony for Punnell. They unfurled an American flag and said a few words for him and his family.

Because of a thorough identification process, three more years passed before the Defense Department notified Kelvie that Punnell had been found.

“It brought up emotions I didn’t even remember that I had,” Kelvie recalled. “Because it was kind of like something magical was happening.”

On Wednesday, Scannon, Moline and other members of Project Recover will give the flag that they used to mark Punnell’s discovery in 2014 to Kelvie.

“The family closure – that’s the most rewarding part of this,” Moline said. “It’s the reminder of why we do it.”