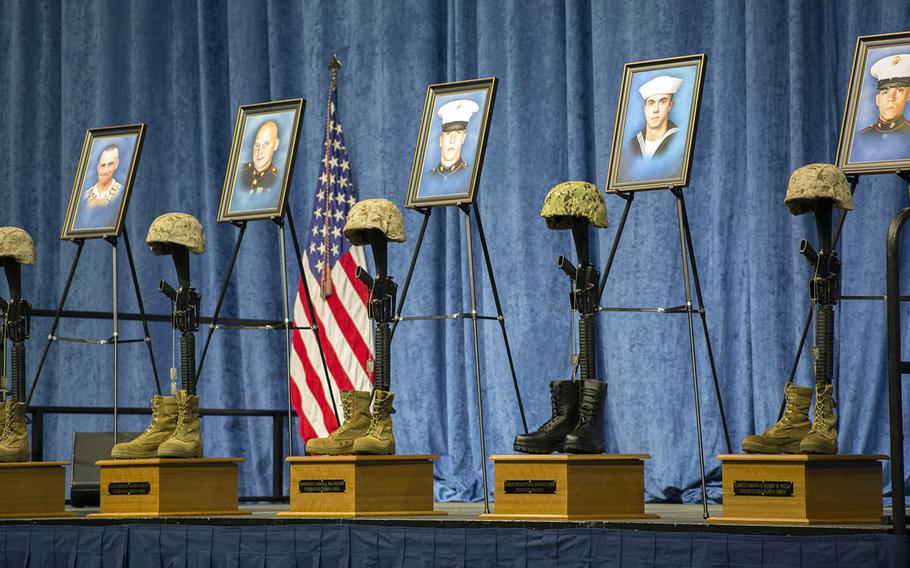 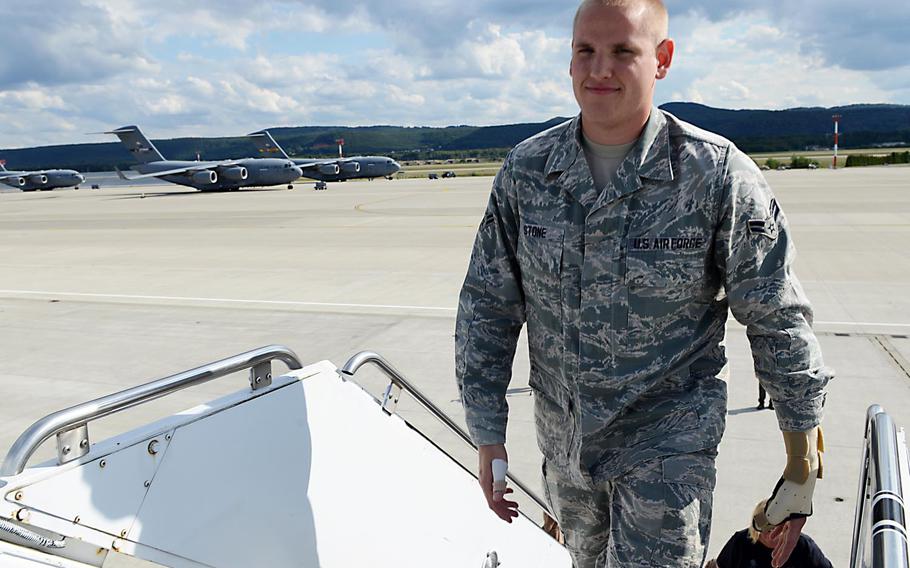 WASHINGTON — While Airman 1st Class Spencer Stone will be honored with a Purple Heart on Thursday for injuries he sustained struggling with a Paris train shooter three weeks ago, the families of the five military members killed in Chattanooga, Tenn., in July still have no word on whether their fallen will be similarly honored.

That’s because of the criteria used to determine eligibility has been changed in recent years. While the Purple Heart is considered an award limited to injuries sustained in combat – which has historically been the case — several changes allow it to be given for noncombat injuries and create differences based on whether the attack happened on foreign or domestic soil, and on the nationality and motivation of the attacker.

In Stone’s case, because the attack occurred on foreign soil and the attacker was a foreign national, his award fell under a 1984 revision to Purple Heart criteria that President Ronald Reagan put into place after the 1983 truck bomb attack on Marine barracks in Beirut, Lebanon, which killed 220 Marines and 21 military personnel. Reagan’s revision added “international acts of terrorism” as eligible criteria for the award.

In late August, French prosecutors charged Moroccan national Ayoub El-Khazzan with “attempted murder of a terrorist nature” for his intended attack on the Paris-bound train that Stone helped prevent. In the struggle, Stone’s hand and thumb were badly lacerated.

“Based on a review of the circumstances/evidence provided, we acknowledged and determined that the event was an attempted terrorist attack,” Air Force officials said in an email to Stars and Stripes. The Air Force also announced Tuesday that Stone would be promoted two ranks — to staff sergeant — by Nov. 1.

Since the 1984 revision, the Purple Heart has been given for injuries during other international acts of terrorism, including the 1996 Khobar Towers attack in Saudi Arabia that killed 19 U.S. airmen and wounded more than 300; and the bombing of the USS Cole off the coast of Yemen in October 2000, which killed 17 sailors and wounded 37 others.

In Chattanooga — where Gunnery Sgt. Thomas Sullivan, Lance Cpl. Squire “Skip” Wells, Staff Sgt. David Wyatt, Sgt. Carson Holmquist and Navy Petty Officer Randall Smith were killed and two others wounded in July when Mohammad Abdulazeez opened fire on two military sites — Purple Hearts are still under consideration, according to a defense official, because the act is being treated as domestic terrorism.

Since Abdulazeez is a U.S. citizen and the attack occurred on U.S. soil, the criteria for Chattanooga depends on whether investigators determine that Abdulazeez was influenced by a terrorism group to carry out the attack.

That criteria was set by Congress last year, in order to qualify the victims of the 2009 Fort Hood shooting — where U.S. citizen and active duty Army Maj. Nidal Malik Hasan opened fire on the Texas base, killing 13 military personnel and injuring more than 30. Those victims received the honor and its benefits in April.

The Navy said it has prepared paperwork to honor the Chattanooga victims with Purple Hearts, but is awaiting the results of the U.S. attorney’s office in Knoxville, Tenn., to find out whether the attack would qualify.

A call to the U.S. attorney’s office was not immediately returned.