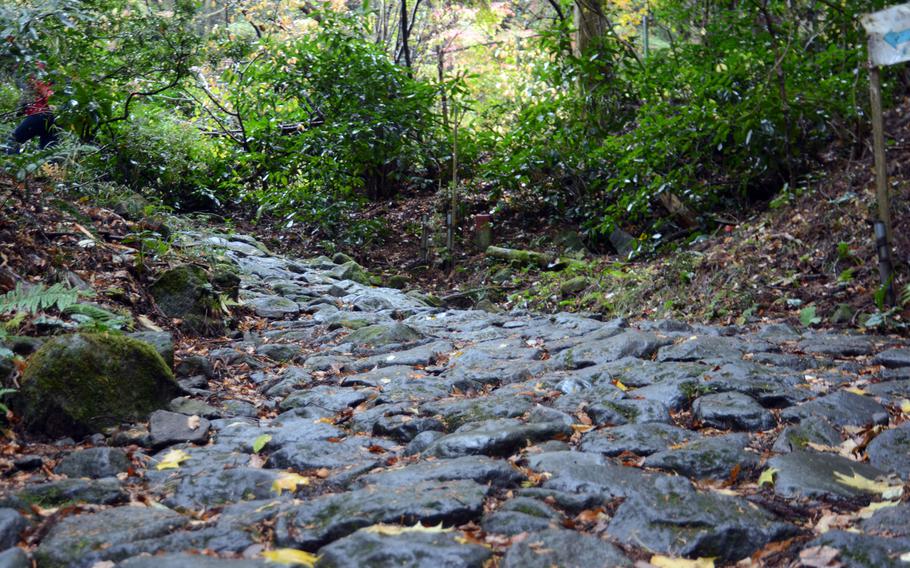 The long history of Japan is told in many historic sites around the country — and at sightseeing spots along Hakone Hachiri in Kanagawa and Shizuoka Prefectures, visitors can step back in time to experience what it was like to travel the country almost 400 years ago.

Hakone Hachiri is a 20-mile-long section of the Old Tokaido Road that runs between Odawara and Mishima cities, located about an hour away from Tokyo by shinkansen, the country’s high-speed rail system. (The journey via car, bus or local trains is a bit longer, and can run anywhere from 2 to 3 hours.)

While most foreign tourists are familiar with the general Hakone region due to its proximity to Mount Fuji, as well as its many upscale ryokan, or traditional Japanese inns, there’s plenty of history in the region worth exploring as well. For history buffs, a day spent exploring this small section of the historic Tokaido Road is a welcome respite to the hustle and bustle of Tokyo.

The Old Tokaido Road was one of the five main highways that connected Kyoto, the former capital of Japan, and Edo, which is now modern-day Tokyo. The route was used primarily to transport goods but was also utilized by travelers.

People in the Edo period liked to travel, according to Koji Tanaka, the director of Zenkoku Kaido Koryu Kaigi, an association dedicated to studying the old highways of Japan.

“There is no other country where its people traveled so much,” Tanaka said.

According to Tanaka, most people traveled the Old Takaido Road by foot — but this practice lasted only until the Meiji period, when people began to travel by train. The new mode of transportation meant that travelers soon passed through the towns of Odawara, Hakone and Mishima, instead of staying for long periods of time.

Today, Hakone’s popularity with both domestic and foreign tourists alike has transformed the region back into a must-visit destination in Japan — and the sights along the Hakone Hachiri remain popular attractions. Here are some of the can’t-miss spots along this historic route nestled in the shadows of Mount Fuji.

Odawara Castle Located 10 minutes by foot from Odawara Station is Odawara Castle Park, a popular location for locals to eat lunch or enjoy seasonal flowers — such as azaleas, irises and hydrangeas — during the spring and summer months.

The castle is believed to have been built sometime in mid-15th century. However, details of the castle and its history are unclear. The original castle was destroyed by earthquakes over the years, and the current structure was built in the 1960s.

At the top of the castle, visitors can enjoy a panoramic view of Odawara City and the Sagami Bay from the observation deck, while the castle’s interior offers an exhibit on the building’s history, complete with swords and armor. A separate building, called the Tokiwagimon Samurai Kan, contains exhibits dedicated to the history of samurai. There is also a small children’s park nearby, with a train and go-kart ride for little ones.

Want to get the full samurai experience? Consider renting a kimono, ninja suit or armor and take a commemorative photo on the castle grounds. Rental fees are 500 yen (or about $4.50) for adults and 300 yen for children ages 12 and under.

DIRECTIONS: Odawara Castle is accessible via train from Odawara Station (10-minute walk) or via car by taking the Oi-Matsuda Interchange off the Tomei Expressway (40-minute drive).

Hakone Sekisho The Hakone Sekisho, or the Hakone Checkpoint, was set up by the Tokugawa shogunate during the Edo period and was intended to serve as a security measure to defend Edo from rival clans. The checkpoint, which dates to 1619, was one of the largest and most important among the 53 sekisho located in Japan at that time.

An extensive restoration of the Hakone Sekisho, based on detailed documents dating from the end of the Edo Period found in Shizuoka prefecture in 1983, began in 1999. The restored grounds officially opened to the public in 2007. Today, visitors can learn about Edo-era Japan through the many exhibits and displays located on the grounds of this former important stopping point along the Old Tokaido Road.

DIRECTIONS: The Hakone Sekisho is accessible via bus at the Hakonemachi bus stop (2-minute walk), which is a 5-minute bus ride from Odawara Station.

COST: Admission is 500 yen for adults and 250 yen for elementary school students. On weekends, children under the age of 12 can enter the facility for free.

Hakone Cedar Avenue About 400 cedar trees are situated along this 1,600-foot-long dirt path which runs from Moto-Hakone to Onshihakone Park along Lake Ashi. The trees, which were planted about 350 years ago, are said to have protected travelers from harsh weather conditions as they walked along the Old Tokaido Road.

Some of the cedar trees are in poor condition, and it is said that only a third of them will survive the next 100 years. The town of Hakone is making efforts to preserve them.

Hatajuku Ichirizuka Ichirizuka are large mounds of dirt topped with trees that were used as mile markers on the Old Tokaido Road. The ichirizuka were placed every ri — an old unit of measurement equal to 4 kilometers, or roughly 2.5 miles.

The Tokugawa shogunate began placing the ichirizuka beginning in 1604, completing the construction of all markers along the Old Tokaido Road in 1612. The ichirizuka in Hatajuku was set up 23 ri (or 57 miles) from the Nihonbashi neighborhood of Edo.

Unfortunately, the original Hatajuku ichirizuka was demolished. The current marker was reconstructed in 1997.

Part of the old, stone-paved path leads away from the ichirizuka to a steep, mountainous part of the Old Tokaido Road. Here, the Tokugawa shogunate purposely ran the road along the cliffs as a way to defend Edo against approaching enemies. This section is said to be the most difficult segment of the Hakone Hachiri, so it’s best to be extra cautious when hiking in this area.

DIRECTIONS: The Hatajuku Ichirizuka is located a 1-minute walk from the Hatajuku bus stop on Hakone Tozan buses bound for Hatajuku, Amasake-Chaya and Moto-Hakone Port. The ride takes about 15 minute when departing from Hakone Yumoto Station.

Mishima Skywalk One of the newer sightseeing spots along the Hakone Hachiri, Mishima Skywalk is the longest walkable suspension bridge in Japan. Opened in 2015, the bridge offers visitors a fantastic view of Mount Fuji.

The 300-meter-long bridge was created to bring tourists to the area and to provide a rest spot for drivers, according to the company that manages the bridge. Visitors can also enjoy outdoor activities, such as ziplining and other family-friendly outdoor sports in the area surrounding the Skywalk.

DIRECTIONS: Mishima Skywalk is best accessible via the Tokai Bus at the Mishima Skywalk bus top (20 minutes when departing from Mishima Station). If driving, take the Haoke Toge Interchange off the Hakone Shindo (10-minute drive)

COST: Admission to the Mishima Skywalk is 1,000 yen for adults, 500 yen for junior high students and 200 yen for elementary school students. Children under 6 are free. Additional fees are required for outdoor activities such as ziplining

FOOD: There are three restaurants in the immediate vicinity of the Mishima Skywalk, serving a variety of Japanese and Western-inspired dishes

Minamoto-no Yoritomo, the founder and the first shogun of the Kamakura shogunate, worshipped here while plotting to overthrow the Heike clan during the Genpei War in 1180 in an effort to restore power to the Genji family. In later years, samurai visited the shrine to pray for victory before going off to battle.

Documents from the Nara and Heian periods refer to Mishima Taisha, making this shrine nearly 1300 years old. However, the shrine’s original buildings were destroyed by an earthquake in 1895. The current wooden shrine, which is a restoration featuring detailed wood carvings, was designated an important cultural property by the Japanese government in 2000. It is also a famous spot to view sakura, or cherry blossoms, in the spring.