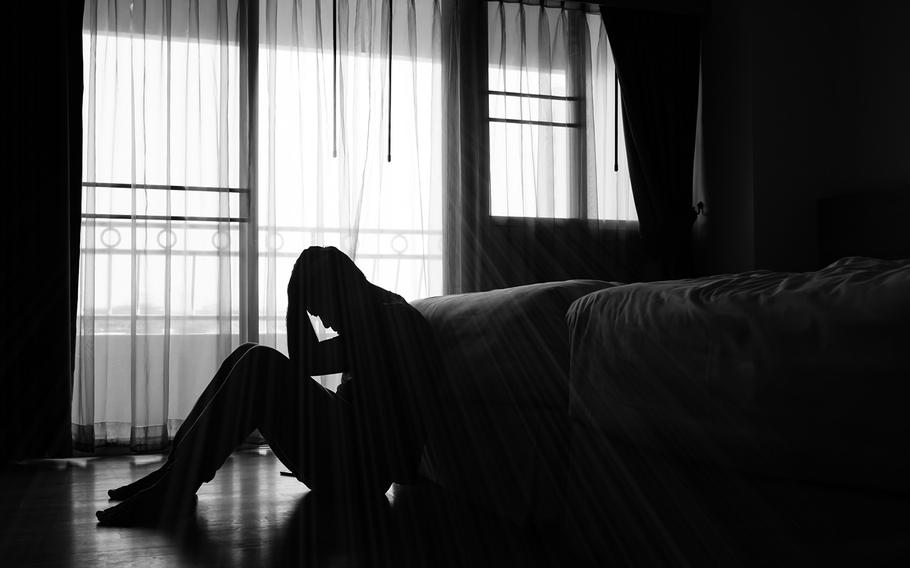 WASHINGTON — In 2018, 6,435 veterans died by suicide — 36 more than in 2017, according to new data released Thursday by the Department of Veterans Affairs.

The VA compiles its data on a two-year lag and revealed for the first time Thursday the number of suicides in 2018. The average number of veteran suicides increased slightly from 17.5 each day in 2017 to 17.6 in 2018.

Suicide among veterans remain disproportionately high, despite continued boosts to VA funding and efforts by Congress and the White House to curb the crisis. Veterans accounted for nearly 14% of suicides in America in 2018 but make up only 7% of the U.S. population.

“The data shows the rate of suicide among veterans who recently used VA health services has decreased, an encouraging sign as the department continues its work,” VA Secretary Robert Wilkie said in a statement Thursday.

The report breaks down the method, as well as the gender, ages and ethnicities of veterans who died by suicide in 2018.

House Democrats pushed this year for Congress to address firearm safety as a method of suicide prevention. Congress passed a bill aimed at decreasing veteran suicide, but a measure about firearm safety was omitted. The provision would’ve directed the VA to train health care workers to talk with suicidal patients about the dangers of having easy access to guns and how to safely store them.

While younger veterans account for the highest rate of suicide, older veterans had the greatest total number of suicides in 2018. Veterans ages 55 to 74 accounted for 40 percent of all veteran suicide deaths that year.

The VA’s annual suicide reports are typically released every September to coincide with National Suicide Prevention and Awareness Month. This year, after the report had been delayed for over a month, Sen. Jon Tester, D-Mont., claimed that President Donald Trump’s administration withheld it until after the presidential election Nov. 3 to avoid bad optics.

The data in the annual suicide reports are used by veteran services organizations and lawmakers to fully understand the scope of the suicide crisis plaguing the veteran community. They’re used to gauge which legislative efforts should take priority, and to provide critical oversight of the VA.

This year’s report focuses on 2018 — the same year Trump signed an executive order to allow service members to be enrolled automatically in VA mental health care for one year after they leave the military. The change was intended to eliminate treatment barriers for transitioning troops during their first year after service. Veterans who use VA services are less likely to succumb to suicide than other veterans, VA data shows.

However, 30 Senate Democrats criticized the department last month, claiming that promises made with the 2018 order were never fulfilled.

VA Press Secretary Christina Noel argued the order was implemented in full and said the agency has been more proactive to inform transitioning service members about their eligibility for VA health care and benefits. She did not say, though, whether transitioning troops were being automatically enrolled in VA health care.

The leaders of AMVETS, a national veterans organization, said the Democrats’ claims have led them to worry about the implementation of other government-led suicide prevention efforts.

The House and Senate VA committees, as well as the department itself, have set suicide prevention as a top priority. Last month, Congress approved the sweeping, bipartisan “Commander John Scott Hannon Veterans Mental Health Care Improvement Act of 2019.” The measure intends to give $174 million during the next five years to state and local organizations that provide suicide-prevention services to veterans and their families. In June, the White House unveiled a strategy to prevent veteran suicides — the President’s Roadmap to Empower Veterans and End a National Tragedy of Suicide, or PREVENTS.

The plan focuses on improved research into veteran suicide, increased suicide-prevention training and new partnerships between government agencies and outside organizations. Some veterans groups and lawmakers have criticized the plan for not being bold enough.

Sherman Gillums, chief advocacy officer for AMVETS, said the impact of PREVENTS so far “hasn’t lived up to expectation.”

“The roadmap for preventing suicide at all levels remains in the abstract, with no real practical application,” he said.