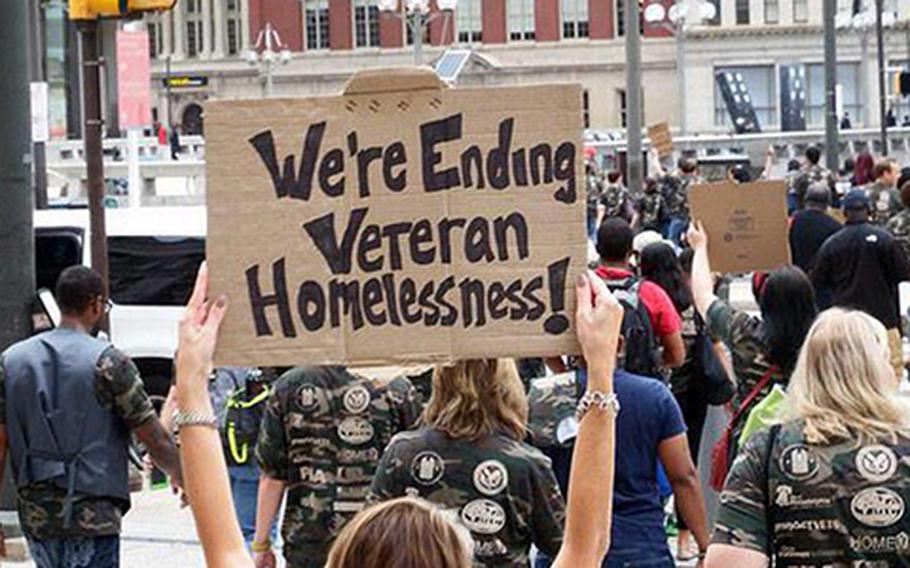 The number of homeless veterans in the United States is down to 37,000, according to HUD. This is a decrease of 2% in the last year and a 50% decrease since 2010, said Hunter Kurtz, assistant secretary for Public and Indian Housing for HUD. (VA.gov)

WASHINGTON — Housing and veterans officials told House lawmakers Tuesday that the veteran homeless rate has dropped to a 10-year low as thousands of federal vouchers that could help get more veterans off the streets went unused.

“There are so many unused vouchers and so many homeless veterans remaining,” Keith Harris, the national director of clinical operations for Veterans Health Administration, said Tuesday during a House Committee on Veterans’ Affairs hearing on veteran homelessness.

The Department of Housing and Urban Development reported last week that the homelessness rate among veterans is at a 10-year low, as overall homelessness increased across the country. Some lawmakers and Department of Veterans Affairs officials have largely credited the decrease to the HUD-Veterans Affairs Supportive Housing Program, which helps veterans with rental assistance and VA support services.

Harris said more than 800,000 veterans and their families have used the HUD-VASH program since 2010, calling it one of the “most important resources for ending veteran homelessness” and saying the collaboration between nonprofits and multiple state and federal agencies makes eliminating veteran homelessness an attainable goal.

Nationally, the homeless population is up 3%, which HUD attributes to a ballooning crisis in California where homelessness increased 21% between 2018 and 2019. But the number of homeless veterans in the United States is down to 37,000, according to HUD. This is a decrease of 2% in the last year and a 50% decrease since 2010, said Hunter Kurtz, assistant secretary for Public and Indian Housing for HUD. Last year, about 8% of the homeless population were veterans.

But the program intended to help veterans find a place to live isn’t being used by thousands of potentially eligible former service members due to a lack of VA staff and skyrocketing costs of living in some parts of the country, according to Harris.

“One homeless veteran is one too many,” Rep. Mike Levin, D-Calif., said during the hearing. “Right now we are not good enough at identifying at-risk veterans and connecting them with services before they become homeless.”

The HUD-VASH program has more than 100,000 vouchers issued nationally right now, but 11,000 are not being used by a veteran. Of the 37,000 homeless former service members, nearly one-third of them can possibly find subsidized housing.

A roadblock with vouchers for some veterans is rising living costs in some parts of the country, specifically urban areas, according to Harris.

Harris said HUD is working to increase the number of federal subsidized living spaces, put a ceiling on rising rents and make the vouchers more useful. He also pointed to the VA being short staffed with case managers, which the department is seeking new ways to process homeless case work such as using contractors.

“One critical strategy [to ending veteran homelessness] is increasing the number of case managers,” Harris said. “Along with the lack of affordable housing, the lack of case workers is unquestionably the great limiting factors in voucher utilization.”