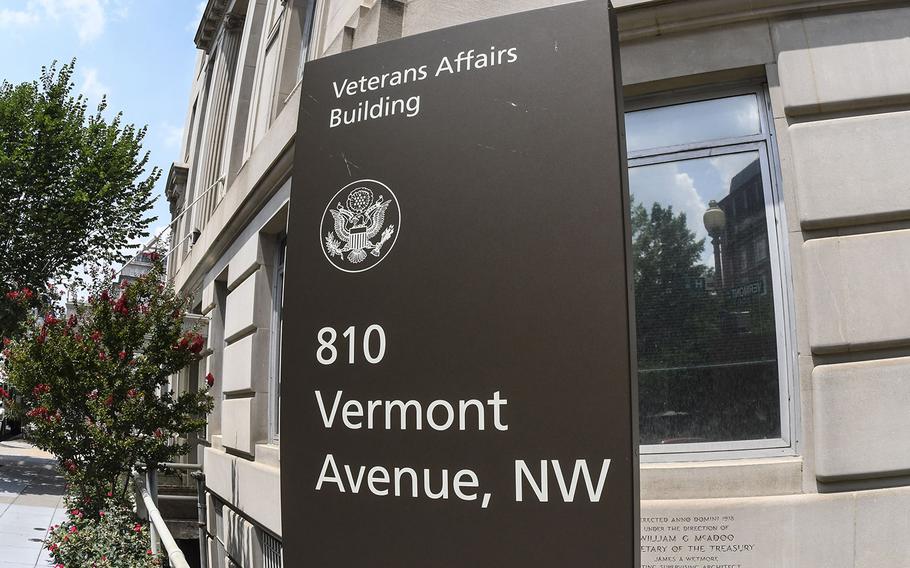 WASHINGTON – Lawmakers and Department of Veterans Affairs officials clashed Thursday over the end to a decades-old practice allowing veterans service representatives to review decisions about benefits for accuracy before they’re finalized.

While lawmakers said the practice saved time and aided veterans, VA officials contended it was “legally suspect” and “no longer appropriate.”

The argument occurred during a hearing of the Subcommittee on Disability Assistance and Memorial Affairs – part of the House Committee on Veterans’ Affairs. VA officials went to Capitol Hill to give their opinions on several measures, including one to reinstate the practice known as the “48-hour review process.”

As outlined in a VA manual, representatives accredited by the VA had 48 hours to review new rating decisions on behalf of their clients. The decisions determine the level of compensation for service-connected injuries and illnesses.

The VA ended the practice at the end of April – a decision that prompted blowback from veterans service organizations and the National Association of Attorneys General. Forty-two attorneys general sent a letter to the VA earlier this month, arguing the 48-hour review window was “critical” to the claims process.

The Veterans of Foreign Wars, which employs about 300 representatives across the country, immediately argued that the change will lead to more problems — and paperwork — for veterans. The representatives check for inadvertent errors that could save veterans from having to file appeals or to request VA reviews.

Senate Democrats introduced legislation in May to reinstate the practice. Rep. Colin Allred, D-Texas, introduced a companion bill in the House this week. Under the legislation, veterans service organizations, as well as attorneys and claims agents, would be permitted to review decisions before they are final.

After Thursday’s discussion, the bill will go to the House Committee on Veterans’ Affairs for consideration.

Allred, as well as Rep. Elaine Luria, D-Va., and representatives from VFW, Disabled American Veterans and the National Organization of Veterans’ Advocates argued Thursday in favor of reinstating the 48-hour review.

“What the 48-hour review process is capable of and what it did for veterans is almost incalculable,” said Shane Liermann, a leader with Disabled American Veterans. “It could correct something so much faster than the appeals process could. Veterans should not have to wait months or years to get their correct benefits they’re entitled to right now.”

Laurine Carson, deputy executive director of compensation service at the VA, defended the department’s decision to eliminate the review.

Carson also argued the 48-hour review was more necessary when the claims process was done on paper, rather than electronically. In addition, reinstating the two-day review period back into the process would cause delays in payments to veterans, she said.

In written testimony provided to Congress, the VA said working the review into the claims process would invite “comments of all varieties” that would “delay every type of benefits determination.”

The department estimated it would need tens of millions of dollars to implement the legislation. The mandate would require additional staff, new information technology and a new program office, the VA argued. The agency wrote that it would need at least $65 million the first year after the bill takes effect.

“We don’t disagree that we want claims to be done well and accurately,” Carson said. “But we do believe that with our national quality system, we have the mechanism that [veterans service organizations] can work with. We’ve taken nothing away as far as representation.”

In response, Allred said the VA’s opposition was “wholly inadequate” and “very hard to make sense of.”

“These organizations that exist solely for the purpose of benefitting veterans have come to you, told you this decision would make it harder for them to get veterans the benefits they’re owed,” Allred said. “You’re aware of that and did it anyway.”