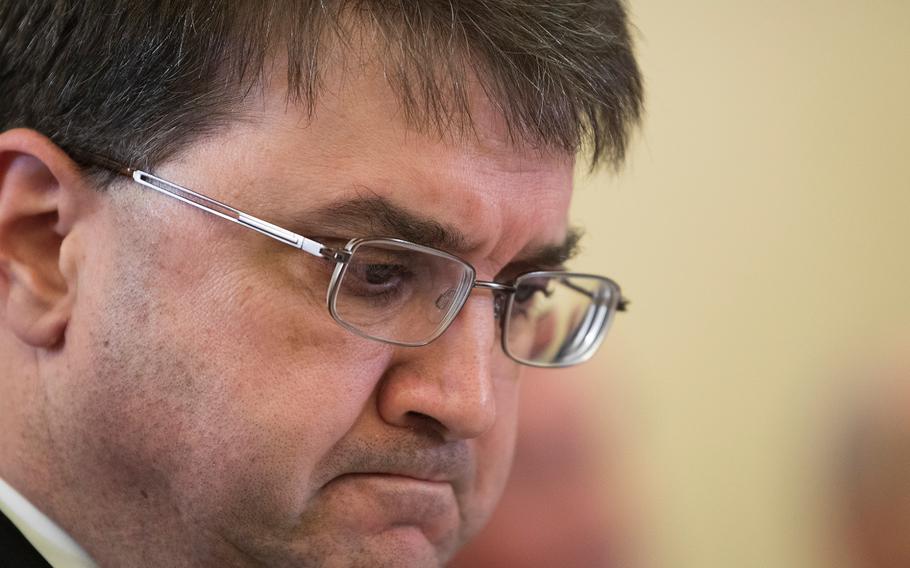 WASHINGTON — Officials for the Department of Veterans Affairs declined to participate Wednesday in a Senate hearing about the progress in implementing the Mission Act, a law passed two years ago to help improve health care for veterans.

“I scheduled this hearing because of my dissatisfaction with the pace of Mission implementation,” Sen. Jerry Moran, R-Kan., chairman of the Senate Committee on Veterans’ Affairs, said at the hearing. “While VA officials were invited to participate in today’s hearing...the department chose to decline.”

Under the VA Mission Act of 2018, standards were dramatically loosened to allow veterans to seek mental health services, urgent care and primary care outside the federal system. The landmark effort was spurred by controversies surrounding excessive wait times for care at VA facilities and long distances some veterans had to travel to federal hospitals, especially patients from rural areas.

However, the shift to more care outside the government umbrella has raised concerns from some Democrats and progressive activists about creeping privatization in the VA and how that could take precedence over investing in federal facilities and employees. Congress provided about $15 billion for community care in the VA’s latest budget. Richard Stone, executive in charge of the Veterans Health Administration, told Congress in February that outside care costs about $1 billion each month, which sets spending within funding levels. However, the full impact of the coronavirus pandemic on community care remains unclear.

President Donald Trump has touted the Mission Act as one of the key accomplishments of his presidency, using it as a tool to demonstrate his support for service members and veterans.

But in a letter Monday to Moran, VA Secretary Robert Wilkie said the Senate committee did not give the agency enough notice of the Mission Act hearing. The letter states the VA was notified of the hearing on Oct. 15.

“This short time span did not offer the traditional two weeks your committee normally fives us to develop and submit testimony and prepare requested witnesses,” Wilkie wrote in the letter.

The hearing was still held Wednesday, mostly with witnesses from the Elizabeth Dole Foundation, an advocacy group for the estimated 5.5. million spouses, parents, family members and friends who take care of injured veterans at home.

“I’m very disappointed the administration chose not to participate. I do not know why something as important as implementation as the Mission Act doesn’t rise to that important to the VA. Hopefully it’s not because they’re campaigning across the country,” said Sen. Jon Tester of Montana, the ranking Democrat on the veterans’ affairs committee. “The legislative branch isn’t here as a nuisance. We actually do things and have expectations.”

Last week, Tester and Rep. Mark Takano, D-Calif., chairman of the House Committee on Veterans’ Affairs, accused Wilkie of using taxpayer-funded travel to boost Trump and other Republican candidates. The two Democrats alleged Wilkie helped elevate the reelection campaign of Sen. Thom Tillis, R-N.C., during trips that he took to North Carolina in his role as VA secretary. They also accused Wilkie of aiding the reelection campaigns of Sens. Susan Collins, R-Maine, and Steve Daines, R-Mont., during recent trips to Maine and Montana.

Further, Tester and Takano expressed concerns about Wilkie’s travel schedule being filled with visits to key battleground states in the presidential election.