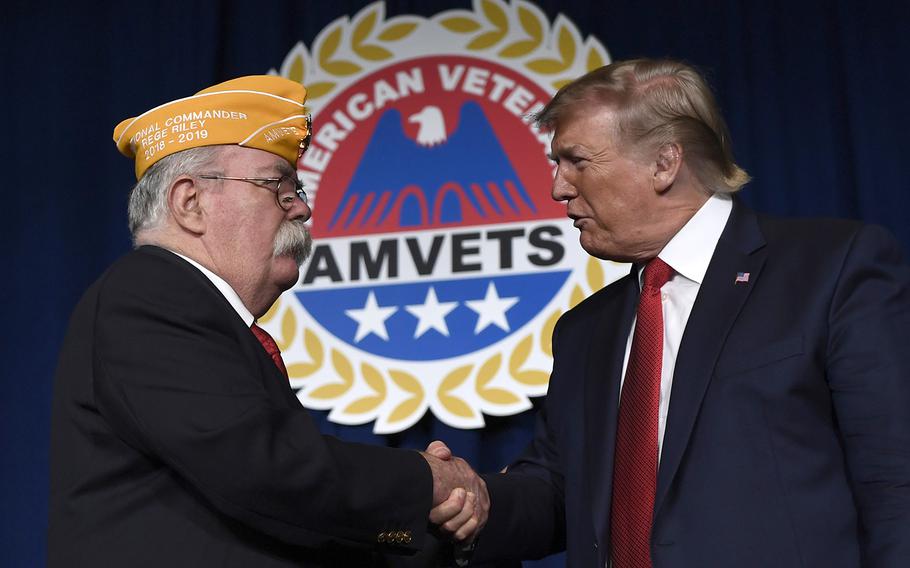 Veterans who have a 100% disability rating through the VA already are eligible for loan forgiveness, but only half of the 50,000 entitled veterans have received the benefit, according to the White House. The 25,000 veterans who haven’t yet received loan forgiveness owe an average of $30,000, Trump said during a speech at the American Veterans national convention in Louisville, Ky.

The memorandum, which was signed by Trump at the convention, directs VA and Education Department officials to develop a new process that would help the remaining 25,000 veterans have their loans forgiven. The current process is "overly complicated and difficult," the memorandum states.

The proclamation follows attempts by the VA and Education departments to identify and contact veterans who might be eligible for the loan forgiveness program — called Total and Permanent Disability Discharge — but haven’t yet benefited from it.

Veterans have previously had to apply to the Education Department with proof of their service-connected disabilities. The memorandum states the burdensome process has "inflicted significant hardship and serious harm on these veterans and has frustrated the intent of Congress that their federal student loan debt be discharged."