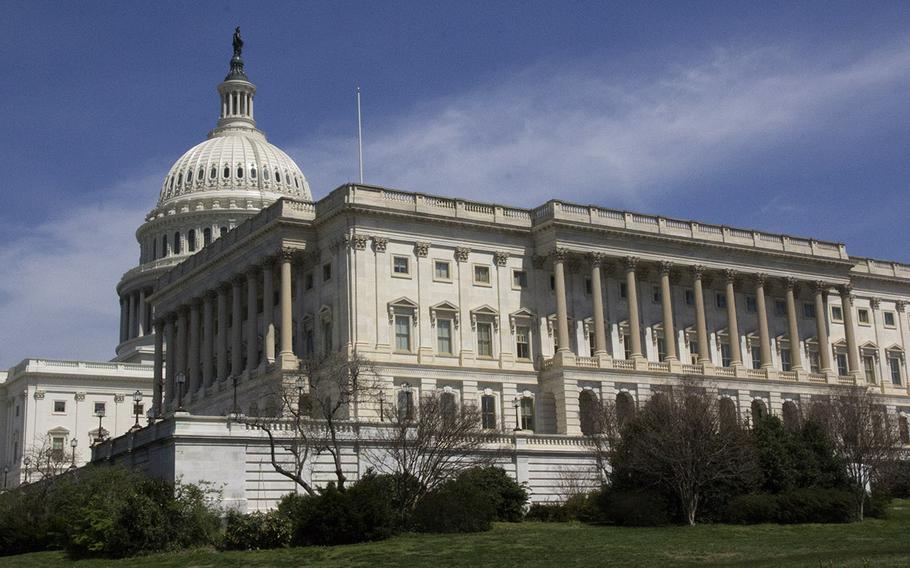 After contentious negotiations that spanned more than a year, senators voted 92-5 to pass the VA Mission Act – a $52 billion deal struck between Republicans and Democrats to boost funding for VA programs, as well as the agency’s use of private doctors.

The bill went through multiple iterations and debate dragged on for months, at times dividing veterans groups and straining ties between lawmakers and the VA. The negotiations intensified infighting at the VA that, in part, led to former Secretary David Shulkin’s ouster in March.

The legislation will now go to President Donald Trump for his signature. Trump is expected to sign the bill before Memorial Day, which is the deadline he imposed on Congress to pass it. Trump has posited it as the fulfillment of a pledge that he made during his presidential campaign to give veterans more autonomy over their health care decisions.

“We finally dealt with the accessibility of health care for our veterans,” said Sen. Johnny Isakson, R-Ga., chairman of the Senate Veterans’ Affairs Committee. “There’s not going to be any more cases of veterans dying because they can’t get an appointment. That’s the very least we owe our veterans.”

In response to the 2014 VA wait-time scandal, Congress passed the Veterans Access, Choice and Accountability Act, creating a program that allows veterans to receive private-sector health care and ease demand on VA services.

The Veterans Choice Program was implemented hastily, and many veterans thought the rules were too rigid. The program allows veterans to seek private-sector care only when they live more than 40 miles driving distance from a VA facility or it is estimated their wait for a VA appointment is more than 30 days.

“The Choice program was implemented quickly,” said Sen. Jon Tester, D-Mont., the ranking Democrat on the Senate Veterans’ Affairs Committee. “It’s had a lot of hiccups. It’s time to move on to another program that’s simpler for veterans to use.”

The VA Mission Act upends the current program. Once the new rules are put into effect, veterans will be allowed into the private sector if they and their VA doctor agree it’s in their best interest. A host of issues could be taken into consideration when making that decision, including whether the veteran faces an “unusual or excessive burden to accessing a VA facility.”

The bill also introduces the possibility of veterans receiving access to the private sector if their closest VA is determined to be “deficient” compared to other nearby facilities.

In the instance the VA rejects a veteran’s request to go into the private sector, they could appeal it through the VA’s clinical appeals process.

“The Choice program has been a wreck,” Tester said. “What we’ve done, we’ve simplified it, cut the red tape, made the veteran the center of the decision-making. That’s the way it should be.”

The new program is expected to be implemented one year after the bill is enacted. In the meantime, the VA will continue to use the Choice program.

Congress allotted $10 billion for the Choice program when they created it in 2014. The VA used up that money in 2017, and since then, it has faced a series of funding crises.

The program was expected to run out of money again as early as May 31, but the Mission Act includes another bailout – it authorizes $5.2 billion for the program, expected to keep it going until next May.

During negotiations about changes to the Choice program, many veterans organizations worried unfettered access to the private sector would erode VA resources and eventually dismantle the agency – an occurrence often referred to as “privatization.”

Shulkin blamed the fight over Choice for his dismissal in March. He claimed White House insiders working at the VA aggressively sought to push veterans’ health care into the private sector and viewed him as an “obstacle to privatization.”

But major veterans organizations support the VA Mission Act, which they believe does enough to stymie a flow of veterans and dollars into the private sector.

Shulkin and five other former VA secretaries signed a statement of support for the bill Monday.

“We believe this bipartisan legislation to be critical to [the VA’s] ability to effectively deliver on the needs of this generation’s veterans and the next,” Shulkin wrote, along with former secretaries Anthony Principi, Jim Nicholson, James Peake, Eric Shinseki and Robert McDonald, as well as former VA administrator Max Cleland.

However, there was still some resistance to the VA Mission Act in weeks leading up to the Senate vote.

The American Federation for Government Employees, a union that represents hundreds of thousands of VA employees, opposed the bill. AFGE claims it will “starve the VA for resources” and doesn’t do enough to demand the VA fill thousands of vacancies.

Sen. Bernie Sanders, I-Vt., issued his statement of opposition before the vote Wednesday, expressing concerns the bill would lead continue a “slow, steady” privatization of the agency.

“My fear is that this bill will open the door to the draining, year after year, of much needed resources from the VA,” Sanders said in the prepared statement.

The bill gives the VA secretary broad authority to implement new regulations for the altered Choice program. The issue is expected to be a focus of the confirmation process for Robert Wilkie, who Trump announced last week was his pick to lead the VA on a permanent basis.

Garry Augustine, executive director of Disabled American Veterans, dismissed concerns about the Mission Act as misleading. He and 37 other veterans and military organizations signed onto a letter of support for the bill.

“Let me assure you, we would not be supporting this legislation if we weren’t convinced it would expand access to medical care for rural veterans and strengthen the VA health care system that we all support so strongly,” Augustine said.

Louis Celli, director of the American Legion, said he was confident the bill maintained the VA as the gatekeeper to private-sector health care – a key component he believes will prevent privatization and ensure veterans receive quality health care.

“This legislation went through several iterations, at least 20,” he said. “One of the driving factors the American Legion needed to see was that the VA is the gatekeeper, so the VA could make sure all decisions that are made are in the best interest of the veteran.”

For some veterans and their families, the Mission Act marks the end of a yearslong fight for VA benefits that they felt they were wrongfully denied.

Through a VA caregiver program implemented in 2010, benefits such as monthly stipends, health insurance, medical training and access to home health aides are available to family caregivers for veterans – but only ones injured after the 9/11 terrorist attacks.

Caregivers for veterans injured before 9/11 viewed it as an unfair discrepancy. Augustine said it left thousands of deserving veterans and caregivers without VA support.

The VA Mission Act contains a gradual expansion of caregiver benefits to veterans injured before the 9/11 terrorist attacks.

A measure included in the Mission Act could change the physical size of the VA nationwide.

The bill would create an asset-review commission tasked with reviewing VA buildings and recommending which facilities to unload and where the VA should invest. Under the terms of the bill, the commission will conduct its work in 2022 and 2023.

Divesting old and underused facilities was one of Shulkin’s priorities for the department. Under his watch, the VA began the process last year of disposing of -- or finding another use for -- 430 vacant or nearly vacant buildings. Another 784 buildings were up for review.

There is a list of other provisions in the bill, including one to provide scholarships to medical students in return for 18 months of work at a VA facility. The VA will be required to post publicly a list of job vacancies and submit annual reports detailing the amounts of bonuses awarded to agency executives.

To offset some costs, the bill extends pension reductions for Medicaid-eligible veterans in nursing facilities and continues fees on VA-guaranteed home loans. The cuts were put in place in 2014 when the Choice program was first created. They were set to last until Sept. 30, 2024, but the Mission Act would move the end-date through Sept. 30, 2028.

Tim Walz, D-Minn., the ranking Democrat on the House Committee on Veterans’ Affairs and a key negotiator on the Mission Act, voted against it. He worried it would create funding troubles for the VA next year and in the long term. The increased spending for the bill could trigger potential cuts when budget caps are reinstated, Walz said. He also worried those cuts would come from other VA programs.

“I agree these reforms are needed, and I agree these programs were debated in a logical, fair and open manner. We got much of what needed to be done in this,” he said. “But I’m suggesting we budget honestly in this so we don’t reach a nightmare scenario.”

Some Senate Democrats didn’t have the same qualms. Tester called it a minor issue that he thinks can easily be resolved.

“We can work through this…There’s nobody up here who wants to short-change any other program on behalf of veterans,” he said.

The White House Office of Management and Budget issued a statement May 15 stating Trump would sign the bill if Congress approved it. It was uncertain Wednesday afternoon when the signing would take place.

The full title of the bill is the John S. McCain III, Daniel K. Akaka, and Samuel R. Johnson VA Maintaining Internal Systems and Strengthening Integrated Networks Act of 2018. It’s named for Sen. John McCain, R-Ariz., and Rep. Samuel Johnson, R-Texas, both of whom were prisoners of war in Vietnam, as well as Daniel Akaka, a World War II veteran and former Democratic senator from Hawaii who died in April.