Staffing shortages in Arkansas a 'snapshot' of VA hiring problems 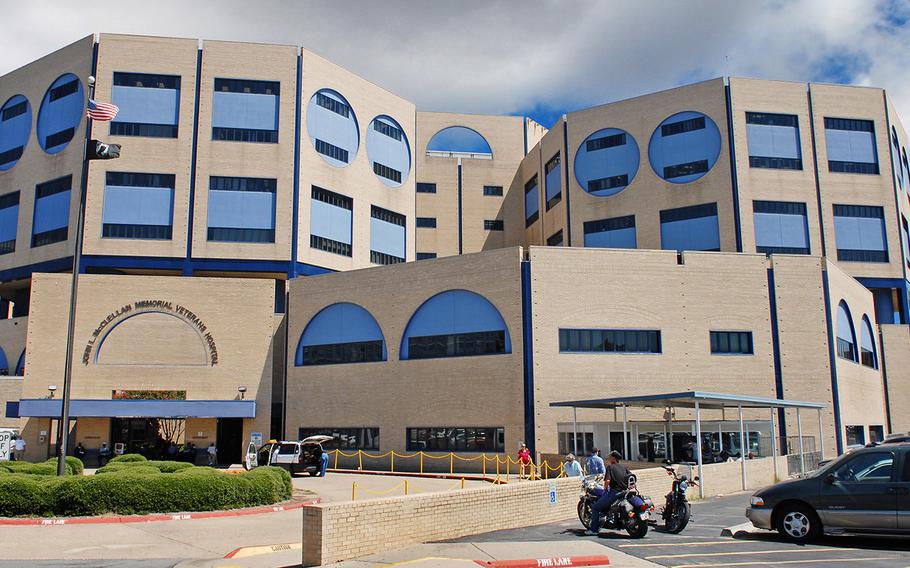 WASHINGTON — Two dozen members of the medical staff at John L. McClellan Memorial Veterans Hospital in Little Rock gathered along the road outside the facility on Monday morning, holding up signs and chanting at passersby in protest of staffing shortages that they believe are severe and put patients at risk.

The Central Arkansas Veterans Affairs Healthcare System, which comprises the Little Rock hospital and one in North Little Rock, is short 140 full-time nurses, causing longer work hours and additional duties for staff, the protesters complained. While the situation was serious enough to prompt the protest and an investigation from Department of Veterans Affairs headquarters, it’s not necessarily surprising, said Inspector General Michael Missal. It’s representative of challenges that VA hospitals face nationwide to hire medical staff, he said.

“The shorter staff gets, the worse scheduling gets. You feel like you’re being devalued,” said Barbara Casanova, a registered nurse at the Little Rock hospital and chapter president of the union representing VA employees. “We’re falling behind. And the nursing shortages, it’s not so much unique to us. We’re just a snapshot.”

The VA inspector general’s office determined nurses were one of the most critically needed positions at VA hospitals across the country the past two years. According to a report from September, the VA hired 8,528 nurses in fiscal year 2015 but lost 4,966 that same year. The inspector general’s office wrote in the report that with more than half of the nurses who left that year, the VA missed opportunities to retain them.

Casanova, who has worked at the Little Rock hospital for 26 years, said she’s recently witnessed some of those missed opportunities.

“We have people walk out, and they just say, ‘We wish her well,’” she said.

Thirty nurses who work at the Little Rock VA hospital sent a letter to the inspector general’s office this week to look into the shortages at that location. VA headquarters had already been investigating.

“Nurses are a critical-need occupation,” Missal said. “We’re aware that nursing is one of their critical shortages. We’ve notified VA about it, and they’re trying to address it.”

Members of the House and Senate veterans’ affairs committees, particularly Democrats, have been questioning VA Secretary David Shulkin since he was appointed in February about hiring more medical staff.

During his “State of the VA” address May 31, Shulkin said recruiting and retaining health care providers was difficult because of salary restrictions.

According to the latest VA data, there were 49,386 vacancies throughout the VA as of April. Of those vacancies, 45,360 are in the health care side of the department.

A VA reform bill enacted after the wait-time scandal in 2014 gave $5 billion to the VA to hire more medical staff. In response to questions from Sen. Bernie Sanders, I-Vt., during a hearing earlier this month, Shulkin testified there was $595,000 left.

But Shulkin insisted President Donald Trump’s proposed fiscal 2018 budget for the VA would give him enough funding to fill all of the vacancies.

“We generally fill about 32,000 [positions] a year,” Shulkin said at the time. “So this is going to be a little bit of an accelerated effort in order to fill those critical positions, but I don’t think it’s an impossible effort. We’re going to get that done over the course of this next year.”

The VA Accountability and Whistleblower Protection Act signed by Trump last week aimed at firing poor-performing VA employees. But it also gave Shulkin the power to skip a lengthy hiring process for top positions within the department.

And some lawmakers are attempting to ease hiring at the VA in other ways.

The House passed a bill in May to bolster recruitment and retention programs and establish a database to advertise open positions. The bill was introduced by Rep. Brad Wenstrup, R-Ohio, who is a physician. It has yet to get any traction in the Senate.

Sen. Jon Tester, D-Mont., introduced the “Better Workforce for Veterans Act” on June 8 to streamline hiring, especially in rural areas. It establishes recruiting programs for recent graduates and private-sector employees, and – like Wenstrup’s bill – creates a database, among other things. Rep. Mark Takano, D-Calif., introduced the companion bill in the House on Thursday.

Following Trump’s signing of the VA accountability bill, Takano said the focus should shift from firing to hiring.

“The success of the Department of Veterans Affairs depends on its ability fill roughly 50,000 vacant positions with talented and dedicated individuals,” Takano said in a statement.

In the few days since their protest in Little Rock, Casanova said things are already looking a bit better. The hospital administration replied to their concerns with an action plan, including to pull some traveling nurses from the Jackson, Miss., VA system, said Chris Durney, the Little Rock VA spokesman.

In a news release Tuesday, the central Arkansas VA said 350 nurses attended a hiring fair at the Little Rock hospital and leadership is reviewing their applications. The VA in Arkansas is boosting its recruitment efforts, offering referral bonuses and is “looking forward to alleviating staffing challenges in the near future,” the release states.

“We’re cautiously optimistic. We’ve started to see some changes,” Casanova said. “There were things we knew they could do better, and I will say, some things are not under their control. They’ve given us a commitment to do better. Now we have to wait and see.”