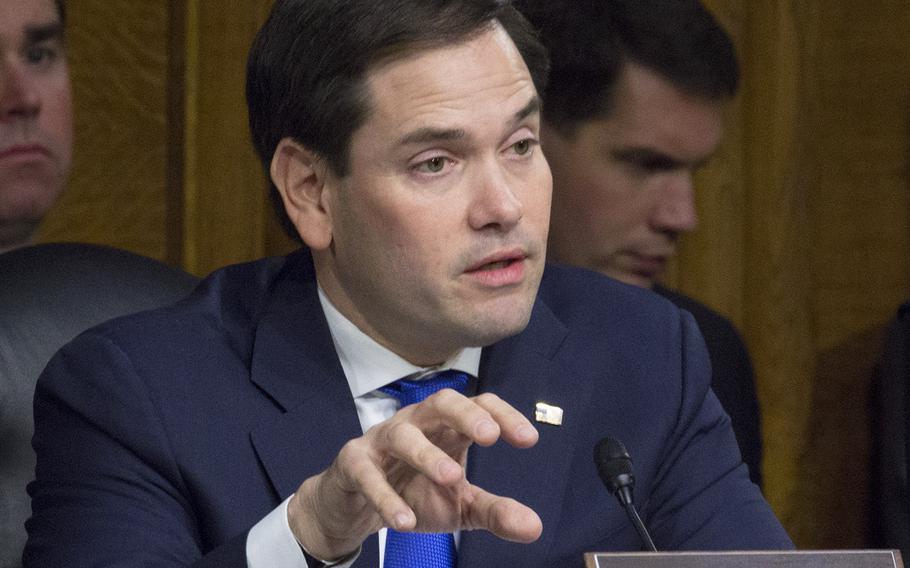 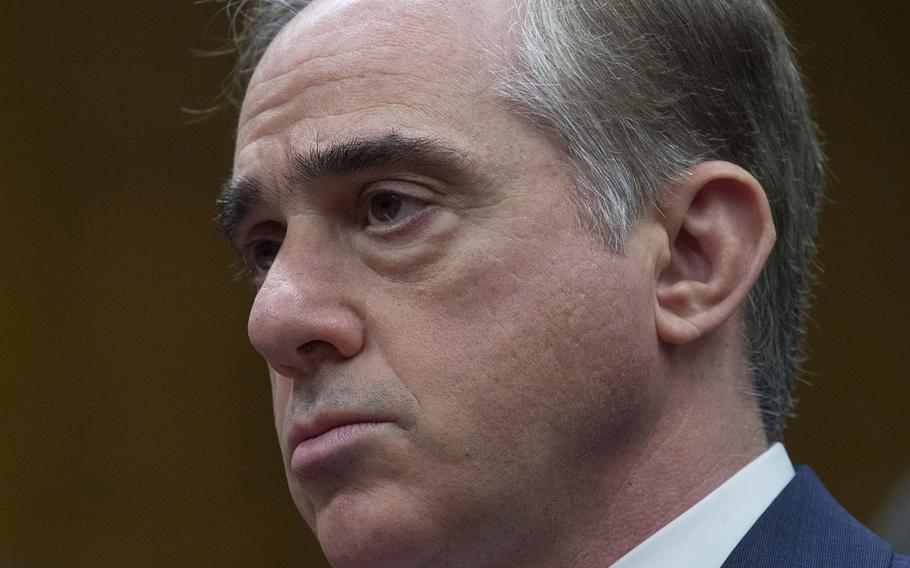 WASHINGTON — Nearly two months after the House passed legislation that would allow Department of Veterans Affairs Secretary David Shulkin to fire bad workers more quickly, the Senate on Thursday introduced its own version of the bill — one with bipartisan support.

The bill, a deal between Senate Republicans and Democrats, signals the most likely opportunity that Congress has to pass VA accountability legislation following the 2014 scandal when veterans were found to be waiting long periods for health care.

“To fully reform the VA and provide our nation’s veterans with the quality care they were promised and deserve, we must ensure the department can efficiently dismiss employees who are not able or willing to do their jobs,” Sen. Marco Rubio, R-Fla., said Thursday in a statement.

Along with Rubio, the bill is sponsored by Sen. Johnny Isakson, R-Ga., chairman of the Senate Committee on Veterans’ Affairs, and Sen. Jon Tester, D-Mont., the ranking Democrat on that committee.

The conservative group Concerned Veterans for America, which has pressured lawmakers for years to fire VA workers, said the action was “a huge step.”

In 2015 and 2016, similar legislation passed the House but was never taken up by the Senate.

“It shows the Senate is taking accountability at the VA very seriously,” said Dan Caldwell, policy director for CVA. “The barrier has always been the Senate and the administration, but now you have an administration that is demanding more accountability and a Senate that is showing a willingness to take up real legislation. That, we think, has been critical.”

Following its passage in the House on March 16, CVA launched an online campaign pushing Democrats to support the measure in the Senate. Also since then, Shulkin has repeatedly called for more power to terminate poor-performing VA employees. President Donald Trump, who once described the VA as the “most corrupt” federal agency, addressed the issue April 27 by establishing a new office to make the department more aggressive in finding and removing bad workers.

Expedited firing would take congressional action, though, and Trump, echoing Shulkin, appealed to the Senate to follow the House’s lead.

At a Senate hearing Thursday, Shulkin thanked Rubio for introducing the bill.

“The vast amount of our employees are doing terrific and heroic work. We’re talking about a very small number of employees who have deviated from their ethical responsibilities and no longer should have the privileges of working in our system,” Shulkin said. “I wish today I could tell you I had the tools to remove those employees. I do not. I need a new set of tools if I’m going to be held accountable for turning the system around.”

The Senate bill, like the one that passed the House, would shorten the time that VA employees would have to appeal any disciplinary action against them and require quicker determinations from the Merit Systems Protection Board, which hears the appeals. The bills would also allow the VA secretary to reduce the pension of a VA employee and recoup bonuses and relocation expenses in certain instances.

The Senate’s version would create an internal firing process for senior executives.

The Senate bill differs from the House’s by adding in a section that would put into law the VA office that Trump created with his executive order, meaning future presidential administrations would have to maintain it. It also requires the VA to report to Congress the outcomes of the new firing processes.

Further, the Senate bill includes a compromise on a controversial segment of the House bill that caused some Democrats to vote against it.

Rep. Tim Walz, D-Minn., the ranking Democrat on the House Committee on Veterans’ Affairs, criticized a portion of the House bill that would eliminate VA employees’ option to initiate a grievance procedure through their union when facing disciplinary action. The American Federation of Government Employees, a union that represents approximately 220,000 VA employees, has also attempted to fight the legislation, particularly that part of it.

The Senate bill maintains grievance procedures for employees but places limitations on how long the process can last.

Rep. Phil Roe, R-Tenn., who sponsored the House bill, argued in March the procedures could extend up to 350 days. The Senate bill would limit them to 21 days.

Roe said he would support the Senate’s revisions to the bill. He and Walz on Thursday issued statements of approval.

Walz said the Senate bill would “give the VA secretary the tools they need to hold bad employees accountable and for doing so in a way that maintains constitutionality mandated workplace protections.”

The Senate bill had not been assigned a number as of Thursday afternoon.

“I’m hopeful this will move through the Senate rapidly,” Caldwell said.

Introduction of the bill comes the same week that the U.S. Court of Appeals for the Federal Circuit ruled firing procedures established at the VA following the 2014 scandal were unconstitutional.

Shulkin responded to the court’s decision Tuesday by asking Congress for new constitutional authority to fire poor-performing employees. He specifically asked the Senate to take action.