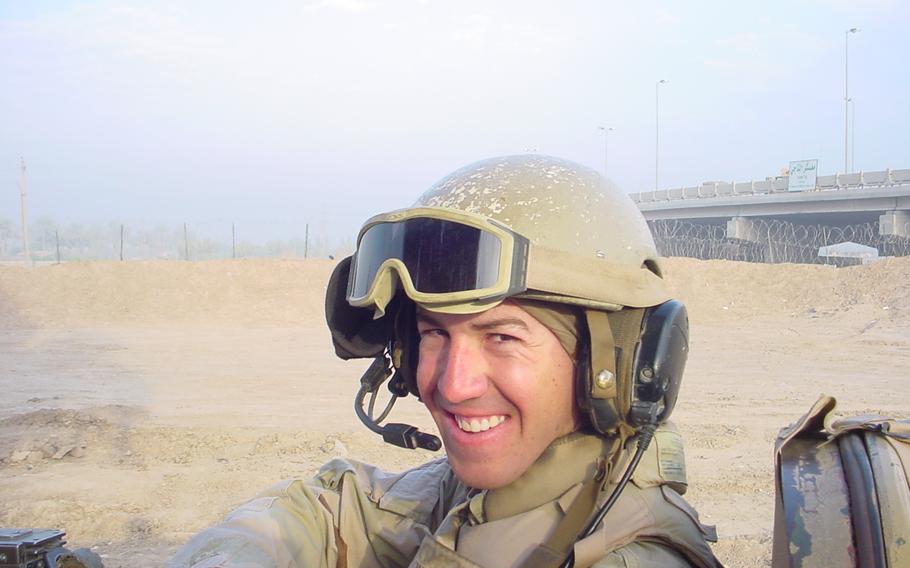 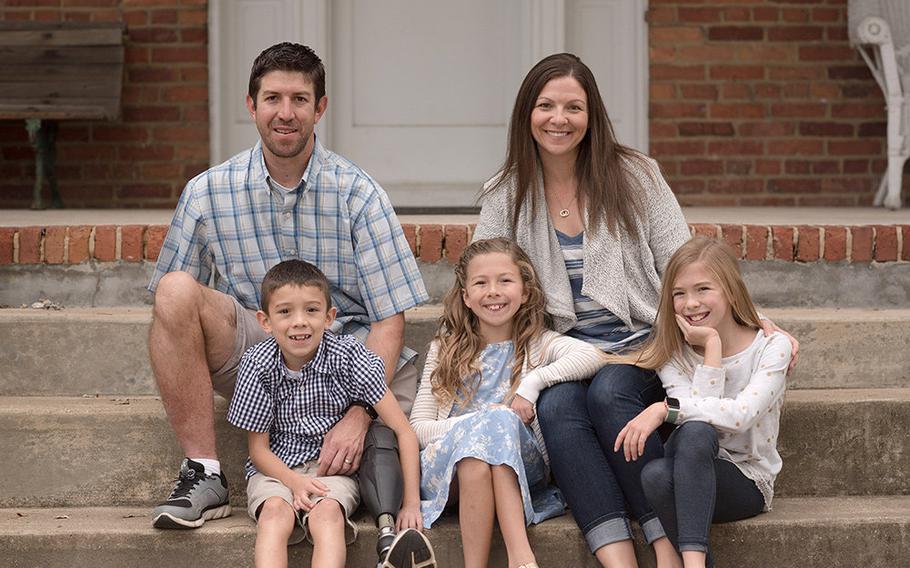 Retired Army Capt. Ryan Kules with his wife Nancy and their children Jillian, Liv and Evan. Injured by a roadside bomb in 2005, Kules lost his right arm above the elbow and his left leg above the knee. He now works with Wounded Warrior Project and helped push for new legislation to get more government funding for disabled veterans to modify their homes. ( Photo courtesy Ryan Kules.)

When retired Army Capt. Ryan Kules purchased his first home about 10 years ago, he and his wife used a grant from the Department of Veterans Affairs to modify their 1970s-era house to accommodate his needs as a double amputee. Three kids later, Kules was looking to move into a house that better suited the needs of his growing family, but this time the expense of modifying his house was on him and his wife.

New legislation introduced last week in the House and Senate aims to remedy this gap and make the VA’s Specially Adapted Housing grant available to qualified veterans every 10 years, instead of as a one-time opportunity. The law also increases the value of the grant to about $90,000 and allows veterans to receive funds up to six times. The maximum the grant provided veterans now is about $85,000.

“Peace of mind is definitely what that is,” Kules, 38, said of the upgraded law for disabled veterans. “Wherever we chose to live, just like anybody else would want that flexibility and peace of mind, we’ll have that opportunity.”

The grant program began in 1948 and has been updated during the years for inflation and cost of living adjustments. It is open to veterans with certain permanent, service-connected disabilities, with the most common being bilateral amputees. Some of the modifications made to homes include widening doorways and hallways, adding walk-in showers with bench seats, lowering countertops and adding wheelchair ramps outside the house.

While Kules, who works in Washington, D.C., as the director of the Wounded Warrior Project Combat Stress Recovery program, was grateful for the grant, he saw two shortfalls in the program. First, the maximum $64,000 that was available at the time that he received the grant did not come close to covering the $100,000 that it cost to complete projects such as widening doorways and hallways and modifying the kitchen and bathroom in his home. Second, it only helped at one moment in time and does not support the lifelong needs of the veteran.

Last year, Kules testified before Congress about the VA program and his efforts helped pave the way for new legislation.

In the House, the upgraded loan program is named in his honor, the Ryan Kules Specially Adaptive Housing Improvement Act of 2019. Introduced by Reps. Gus Bilirakis, R-Fla., Phil Roe, R-Tenn., and Mike Levin, D-Calif., the bill is expected to pass with two GI Bill upgrades affixed to it, said Derek Fronabarger, legislative director for the Wounded Warrior Project.

The cost of the program upgrades will be paid for by VA home loan funding fees, as will the GI Bill upgrades.

The bill was introduced in the Senate as the Paul Benne Specially Adaptive Housing Improvement Act of 2019 by Sens. Jerry Moran, R-Kan., and Kyrsten Sinema, D-Ariz., who are members of Senate Veterans Affairs Committee. It is named after retired Army Col. Paul Benne, a native of Spring Hill, Kan., who developed a medical condition that led to his retirement in 2013. Benne struggled for more than a year with the VA to receive an adapted housing grant.

“This modernized and expanded grant program will allow veterans to utilize vital [Specially Adapted Housing] grants in a way that best fit their needs – providing greater support and improving the quality of life for many of our nation’s veterans,” Moran said in a statement about the bill’s announcement.

“Many veterans carry wounds from their service that make everyday life more challenging,” Sinema said. “That is why our bill is so important. It breaks down barriers and helps veterans access the specially adaptive housing benefits they’ve earned.”

Fronabarger was less optimistic about the fate of the Senate version of the bill because of time constraints as congressional lawmakers turn their attention toward passing the federal budget.

In the past decade, grant approval numbers have nearly doubled, according to VA data. In fiscal year 2017, 1,926 grants were approved.

Aside from modifying newly purchased homes, accessing the grant multiple times would also allow veterans to make changes in an existing home as their needs evolve or previous modifications need repair.

Kules, for example, anticipates he will one day rely less on his prosthetic leg and more on a wheelchair. Injured by a roadside bomb in 2005, Kules was only 24 years old when he lost his right arm above the elbow and his left leg above the knee.

“That’s an age where there’s lots of life left ahead,” he said.

Should the legislation pass, Kules said he looks forward to accessing the grant in the future to update a home after his children are grown.