Mike Gravel, former US senator for Alaska, dies at 91 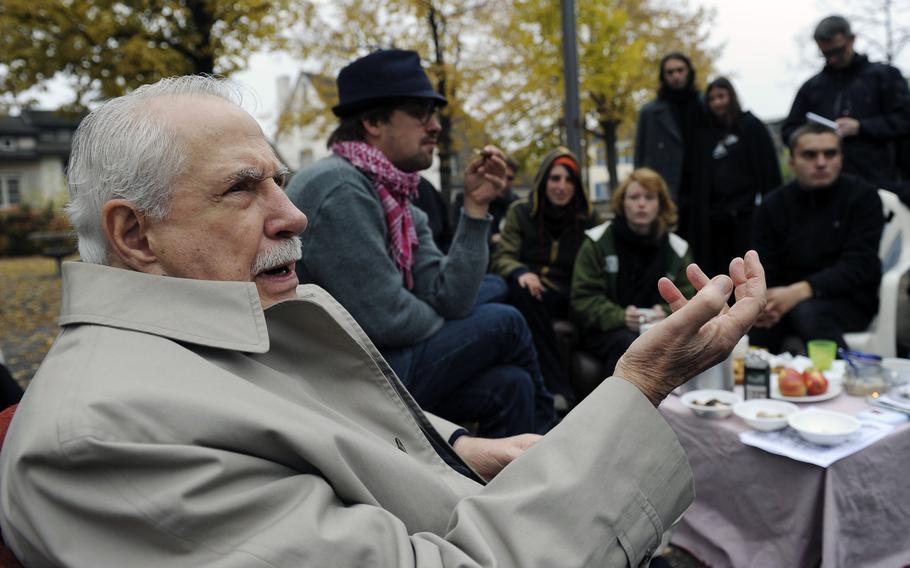 SEASIDE, Calif. — Mike Gravel, a former U.S. senator from Alaska who read the Pentagon Papers into the Congressional Record and confronted Barack Obama about nuclear weapons during a later presidential run, has died. He was 91.

Gravel, who represented Alaska as a Democrat in the Senate from 1969 to 1981, died Saturday, according to his daughter, Lynne Mosier. Gravel had been living in Seaside, California, and was in failing health, said Theodore W. Johnson, a former aide.

Gravel’s two terms came during tumultuous years for Alaska when construction of the trans-Alaska oil pipeline was authorized and when Congress was deciding how to settle Alaska Native land claims and whether to classify enormous amounts of federal land as parks, preserves and monuments.

He had the unenviable position of being an Alaska Democrat when some residents were burning President Jimmy Carter in effigy for his measures to place large sections of public lands in the state under protection from development.

Gravel feuded with Alaska’s other senator, Republican Ted Stevens, on the land matter, preferring to fight Carter’s actions and rejecting Stevens’ advocacy for a compromise.

In the end, Congress passed the Alaska National Interest Lands Conservation Act of 1980, a compromise that set aside millions of acres for national parks, wildlife refuges and other protected areas. It was one of the last bills Carter signed before leaving office.

Gravel’s Senate tenure also was notable for his anti-war activity. In 1971, he led a one-man filibuster to protest the Vietnam-era draft and he read into the Congressional Record 4,100 pages of the 7,000-page leaked document known as the Pentagon Papers, the Defense Department’s history of the country’s early involvement in Vietnam.

Gravel reentered national politics decades after his time in the Senate to twice run for president. Gravel, then 75, and his wife, Whitney, took public transportation in 2006 to announce he was running for president as a Democrat in the 2008 election ultimately won by Obama.

He launched his quest for the 2008 Democratic presidential nomination as a critic of the Iraq war.

“I believe America is doing harm every day our troops remain in Iraq — harm to ourselves and to the prospects for peace in the world,” Gravel said in 2006. He hitched his campaign to an effort that would give all policy decisions to the people through a direct vote, including health care reform and declarations of war.

Gravel garnered attention for his fiery comments at Democratic forums.

In one 2007 debate, the issue of the possibility of using nuclear weapons against Iran came up, and Gravel confronted then-Sen. Obama. “Tell me, Barack, who do you want to nuke?” Gravel said. Obama replied: “I’m not planning to nuke anybody right now, Mike.”

Gravel then ran as a Libertarian candidate after he was excluded from later Democratic debates.

In an email to supporters, he said the Democratic Party “no longer represents my vision for our great country.” “It is a party that continues to sustain war, the military-industrial complex and imperialism — all of which I find anathema to my views,” he said.

He failed to get the Libertarian nomination.

Gravel briefly ran for the Democratic nomination for president in 2020. He again criticized American wars and vowed to slash military spending. His last campaign was notable in that both his campaign manager and chief of staff were just 18 at the time of his short-lived candidacy.

“There was never any ... plan that he would do anything more than participate in the debates. He didn’t plan to campaign, but he wanted to get his ideas before a larger audience,” Johnson said.

Gravel failed to qualify for the debates. He endorsed Vermont Sen. Bernie Sanders in the contest eventually won by now-President Joe Biden.

Gravel was born Maurice Robert Gravel in Springfield, Massachusetts, on May 13, 1930.

In Alaska, he served as a state representative, including a stint as House speaker, in the mid-1960s.

He won his first Senate term after defeating incumbent Sen. Ernest Gruening, a former territorial governor, in the 1968 Democratic primary.

Gravel served two terms until he was defeated in the 1980 Democratic primary by Gruening’s grandson, Clark Gruening, who lost the election to Republican Frank Murkowski.