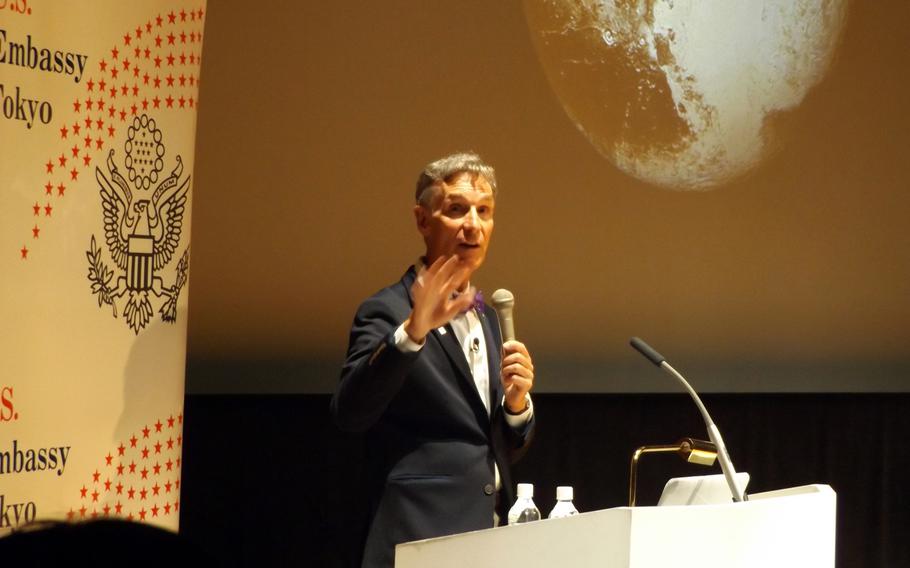 Bill Nye 'The Science Guy' speaks to a packed house at the National Museum of Emerging Science and Innovation (also called Miraikan) in Tokyo on Thursday, Aug. 6, 2015. (Denisse Rauda/Stars and Stripes)

The man credited with inspiring children in the 1990s with his own flavor of "edutainment" made a stop in Tokyo to talk science.

Bill Nye, best known for his work on the public television show "Bill Nye the Science Guy," spoke to a group of about 300 Japanese and American students at the National Museum of Emerging Science and Innovation (also called Miraikan) in Japan on Thursday.

Nye's goal to inspire a new generation of space explorers and scientists was the focus of his lecture titled, “The Science Guy: Science Can Save the World!”

Almost half of what kids learn about science is experienced outside of the classroom, Nye said. He lamented that science education is no longer a vital part of the American curriculum.

"After we got man on the moon, science education just sort of fell off. But [in the education system], you can't exclude art and culture, either.

To further encourage that sentiment, Nye used the stage to conduct a science experiment on air pressure for the audience, using a fog machine and a cardboard box.