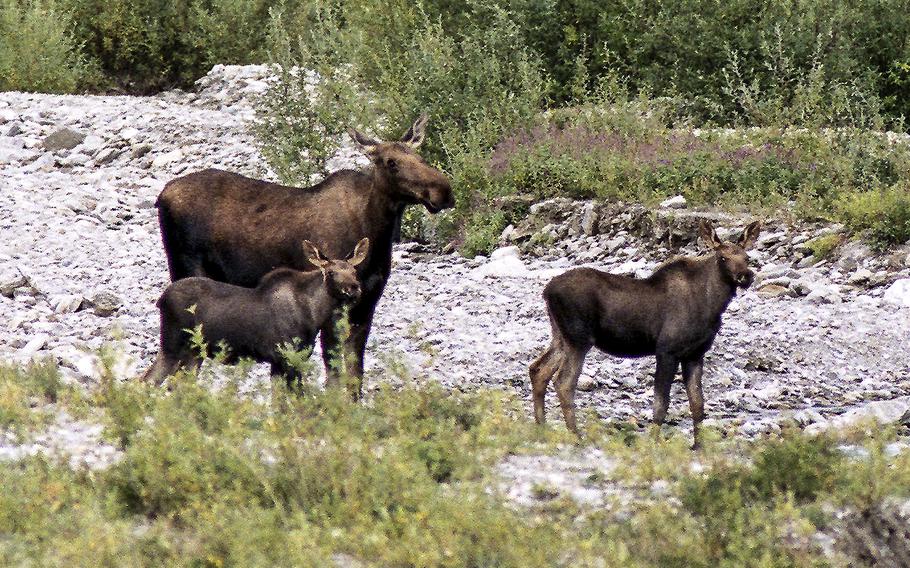 Buy Photo
A moose family looks up at passing tourists in Alaska's Denali National Park. Such sights will now be less expensive for veterans and Gold Star families. (Stars and Stripes)

WASHINGTON – Veterans and Gold Star families will be given free lifetime entry into national parks, wildlife refuges and other federal lands starting on Veterans Day, Nov. 11.

Current rules state that only active-duty service members and their dependents, as well as veterans with 100% disability ratings through the Department of Veterans Affairs, are eligible for free entrance into all national parks. The change provides free entry to millions more veterans and families.

Secretary of the Interior David Bernhardt announced the initiative Wednesday during an event at the Iowa Gold Star Military Museum in Des Moines.

“With the utmost respect and gratitude, we are granting veterans and Gold Star Families free access to the iconic and treasured lands they fought to protect starting this Veterans Day and every single day thereafter,” Bernhardt said.

The department is defining Gold Star families as the next of kin of a service member who lost his or her life in war, an international terrorist attack or a military operation outside of the United States. Ben Goldey, Interior Department press secretary, said Gold Star families would be let into national parks for free based on the honor system.

For years, veterans and experts have praised experiences in nature as therapy for those suffering from post-traumatic stress disorder.

"Exposure to outdoor recreation can provide a wide range of mental health benefits, and given our nation's ongoing veteran suicide crisis, this is a welcome step forward using a whole of government approach to improve the lives of veterans,” said Jeremy Butler, CEO of Iraq and Afghanistan Veterans of America.