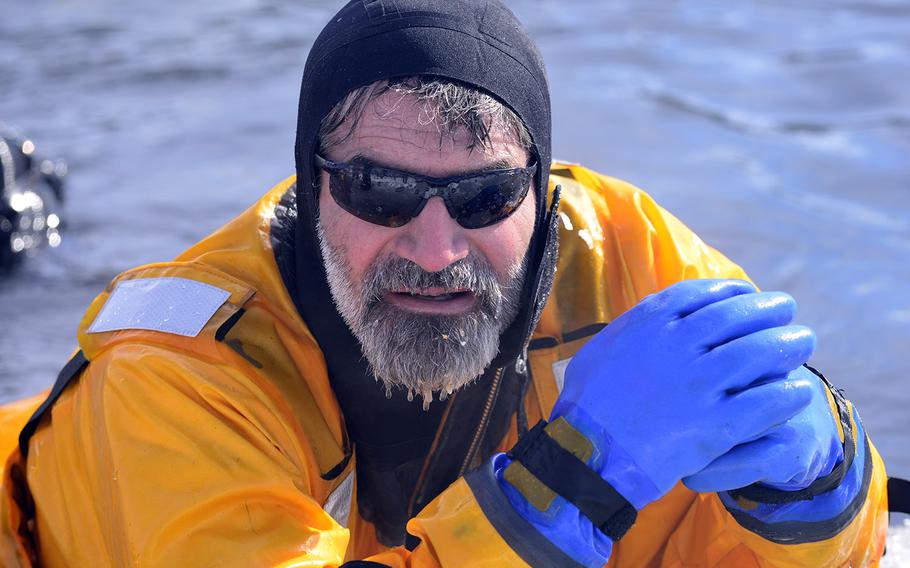 The John Scott Hannon Veterans Mental Health Care Improvement Act honors a retired Navy commander who died by suicide Feb. 25, 2018 at age 46 and is shown here in a photo from his obituary. (Hannon family)

WASHINGTON — House and Senate lawmakers reached a deal this week that could pave the way for both chambers to approve two sweeping measures that aim to help prevent veteran suicides.

The House Committee on Veterans’ Affairs sent one of the bills — the Veterans’ COMPACT Act — to the House floor Thursday and secured commitment from the Senate that it would also approve the measure, said Rep. Mark Takano, D-Calif. In return, the House would vote on the Senate’s bill, the Commander John Scott Hannon Veterans Mental Health Care Improvement Act, Takano said.

The John Scott Hannon Act, which has the support of the White House, Department of Veterans Affairs and many veterans service organizations, would establish a grant program and allow up to $750,000 to be awarded to state and local organizations that provide suicide prevention services to veterans and their families. The bill appropriates $174 million to the VA for 2021 through 2025.

It also mandates the VA provide health care to all veterans for one year after they transition from active duty — building into law an initiative President Donald Trump expressed support for in 2018.

Sens. Jerry Moran, R-Kan., and Sen. Jon Tester, D-Mont., worked on the legislation together. The bill is named for a Montana veteran who died by suicide in 2018 at age 46.

Since the legislation passed the Senate in August, Moran, Tester, veterans organizations and VA Secretary Robert Wilkie have urged the House to schedule a vote. Takano, the chairman of the House VA committee, fought to add a host of House measures to the bill. However, he announced this week that he introduced separate legislation and came to a deal with Moran, Tester and Rep. Phil Roe, R-Tenn., the ranking Republican on the House committee, to pass both bills through Congress before the end of the session.

“Most members of this committee have championed policies that would work to reduce veteran suicide,” Takano said Thursday. “We have found a way to include a good portion of these policy ideas into the Veterans’ COMPACT Act.”

The COMPACT Act is a combination of nine measures, one of which would order the VA to provide free care to all veterans who are in mental health crises. The bill would also create an education program for families and caregivers of veterans with mental health problems, and it requires the VA police force to undergo de-escalation and crisis-intervention training.

The legislation would also order the department to study how and where women are using the VA and how much assistance the agency is providing to homeless female veterans.

Takano said the House committee would consider the measure later.

“This isn’t going to be the last conversation or the last legislation we consider regarding veteran suicide prevention,” he said. “We will pick up where we left off on [safety] training. We can and will continue to focus on reducing veteran suicide.”