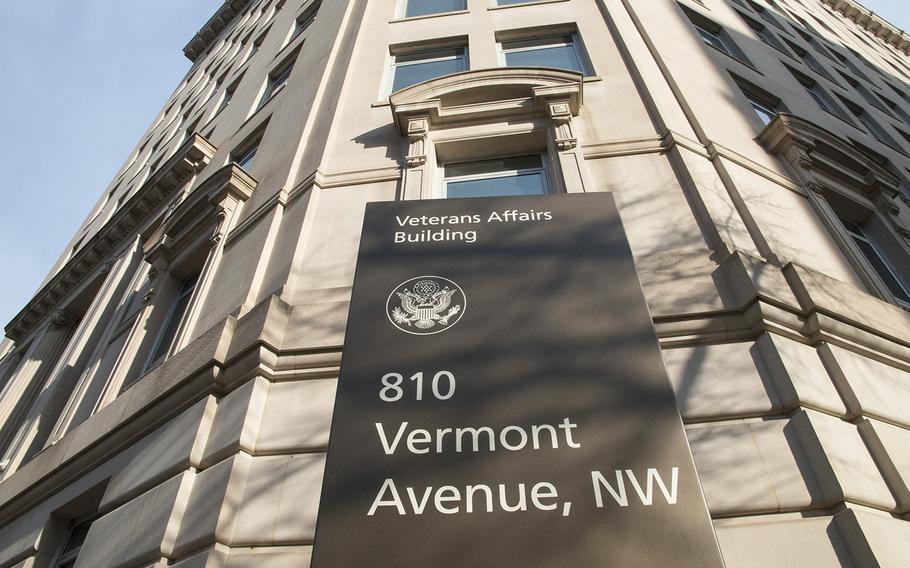 The Department of Veterans Affairs Building in Washington, D.C. (Stars and Stripes)

WASHINGTON — Democrats are calling for an investigation into a one-year-old law that gave Department of Veterans Affairs leaders more power to discipline employees, citing a lack of transparency from the agency about how it’s being put to use.

Congress passed the bipartisan VA Accountability and Whistleblower Protection Act last June, creating more repercussions and a quicker firing process for poor-performing VA employees. Advocates saw it as a way to root out a perceived culture of corruption at the VA, but four senators said they’re worried it’s been used to punish staff inappropriately for minor offenses or whistleblowing.

“We request that the Office of Inspector General conduct a thorough review to ensure implementation is being carried out consistent with law and congressional intent,” the senators wrote. “We have had numerous VA employees and their representatives contact our offices about the law’s implementation, indicating that the authorities provided by the law are being used in an inconsistent and inappropriate manner.”

The law passed last year mandated the VA to submit a report by Dec. 31, 2017, about VA disciplinary actions and procedures under the new act. The VA submitted some information, but senators told Missal that it was incomplete and “unacceptable.”

According to the law, the VA was required to report the average time that it took to discipline an employee, the number of steps involved in the process and the number of times employees appealed disciplinary actions, as well as how often the new rules were being used compared to old processes. The law also called for an analysis from the VA and suggestions about how to improve disciplinary procedures.

The VA told lawmakers that they didn’t have the necessary computer software to track most of the information requested. In a report to Congress, the VA said it would establish a tracking system that would be in place near the end of 2018.

In the senators’ letter to Missal, they said they have since learned the software was already acquired and implemented “yet Congress still lacks this information.”

VA Press Secretary Curt Cashour insisted Tuesday the VA had not yet developed the ability to track all accountability actions. The agency also can’t pinpoint the length of time it takes to discipline employees. He said the VA was working on it but doesn’t have clear timeline to implement those capabilities, nor a cost estimate for the new software.

As part of the required report, Congress was supposed to receive data about disciplinary decisions from the three-year period before the accountability act became law. In a letter to Tester on June 1, acting VA Secretary Peter O’Rourke said he estimated it would take at least 7,000 staff hours to gather that data.

O'Rourke used to lead the VA Office of Accountability and Whistleblower Protection before he was named VA chief of staff in February, and then acting secretary in May.

The VA publicizes some information on its website, though it’s limited. Last July, the VA began posting a list of employee terminations, demotions and suspensions. It includes employee titles and the type of action taken against them.

The VA fired 1,484 employees in 2017, according to the publicly posted data. Between the start of 2018 and the end of April, the VA had fired 912 workers. Data about VA firings before 2017 are not publicly available.

The feud over access to information about the VA’s new disciplinary rules comes as President Donald Trump looks to expand the rules government-wide.

Trump has repeatedly touted the new law as a major victory for veterans. Using it as a blueprint, he signed three executive orders in May that aim to limit union activity at all federal agencies, shorten the amount of time that it takes to fire federal workers and encourage agencies to fire employees, instead of merely disciplining them.

The effort has received some pushback.

The American Federation of Government Employees, a federal union, filed for an injunction to prevent the White House from implementing and enforcing one of the executive orders. The union argued it would deny workers their legal right to representation.

AFGE, which represents more than 220,000 VA workers, also fought against the VA Accountability and Whistleblower Protection Act last year. The union now contends the law has been misused, arguing VA leaders are using it to target low-level employees, rather than poor-performing supervisors.

“VA makes absolutely no apology for holding employees accountable when circumstances warrant,” Cashour said in response to the allegations.

The senators asked Monday that Missal work with them in coming weeks to discuss the scope of an investigation.