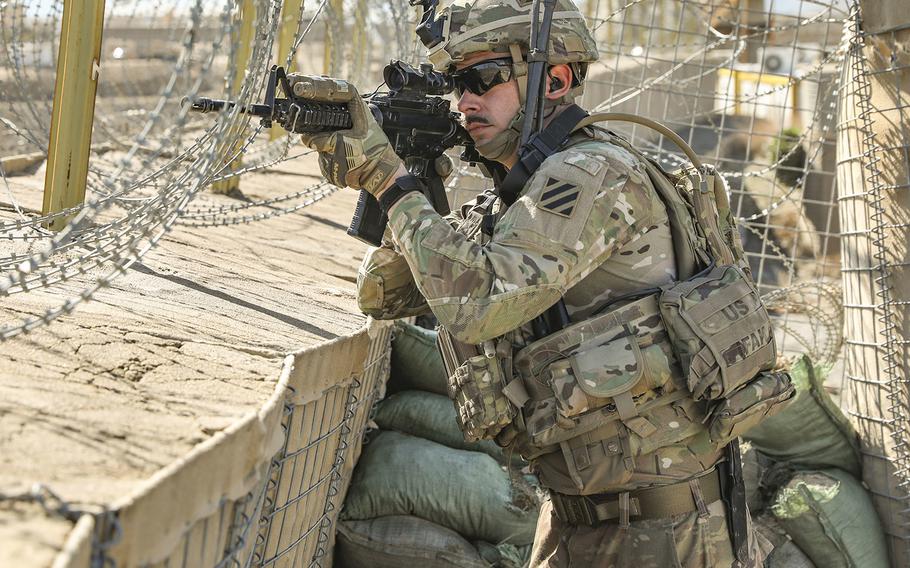 WASHINGTON — A conservative veterans group launched a $1.5 million advertisement campaign Thursday that urges a full withdrawal of troops from Afghanistan, where U.S. forces have been fighting since 2001.

“Americans have grown tired of our involvement in ‘endless wars,’ ” said Nate Anderson, executive director of Concerned Veterans for America, a group backed by the Koch family. “They feel betrayed by those trusted to do what is best for our country. As we hear of more lives lost and more tax dollars wasted, we frequently find ourselves asking ‘why?’”

The ad blitz, which targets some key states in the upcoming presidential election, comes days after two soldiers from the 82nd Airborne Division were killed by a roadside bomb in southern Afghanistan, marking the first American fatalities overseas of the new decade. More than 2,400 troops have been killed in Afghanistan since the U.S.-led invasion in response to the 9/11 terrorist attacks.

The ad campaign will run nationwide on digital platforms, mostly on Facebook, for three months and cable spots will air for two weeks in Michigan, Pennsylvania, Wisconsin and for a single week in Washington D.C. starting next week.

“In that 2016 conversation leading up to the general election, voters responded positively to the message that broke from the status quo, that the endless war in Afghanistan isn’t doing us good and we have to bring the troops home,” Anderson said. “I think what candidate Trump promised resonated with a lot of Americans. But I think that we still have a long way to go. ... We want to encourage the president and Congress to do something about that.”

Anderson said the states where the ad will run have been particularly affected by the war. Michigan and Pennsylvania have suffered some of the highest troop fatality rates, with 163 and 198 service members killed in Afghanistan, respectively, according to Defense Department data.

“This is a topic that real Americans deal with,” he said. “We are still seeing the casualties of the war in Afghanistan in the headlines. While not everyone is affected by it, those that are affected are affected deeply by it.”

All the presidential candidates in the Democratic primary promised a withdrawal of conventional forces from Afghanistan, where roughly 14,000 are still deployed.

President Donald Trump has promised repeatedly to end the war in Afghanistan, a key talking point during his 2016 presidential campaign. Yet, even more troops have been sent to the region during his administration.

A PEW Research study from the summer found the public largely objects to the war in Afghanistan, and veterans who served in combat are no more supportive of the conflicts than civilians with 58% of veterans and 59% of the public saying it was “not worth fighting.”

Views do differ significantly by party, according to the study — with 46% of Republican veterans and only 26% of Democratic veterans saying the war in Afghanistan was worth fighting. The party gaps are almost identical among civilians.

However, the global policy think tank Rand Corp. published a study last year that stated a withdrawal from Afghanistan could have severe consequences for the region. The study concluded the Afghanistan government would be at risk of losing legitimacy and the Taliban would exert dominance in the country and likely plunge it into a costly civil war.

In December, The Washington Post published The Afghanistan Papers, which offered shocking details and vivid accounts that America’s two decade war has become unwinnable and White House administrations and U.S. military leaders have been misrepresenting the conflict, sometimes painting a rosy picture of a conflict with no clear goals or plan.

Anderson said Concerned Veterans for America will continue to push for an end to the war in Afghanistan as the 2020 presidential race continues to the general election in November.

“We're doubling down in 2020,” he said. “This is an important year for obvious reasons, we’re reaching an inflection point and we think this is a difficult conversation that needs to happen in our society.”