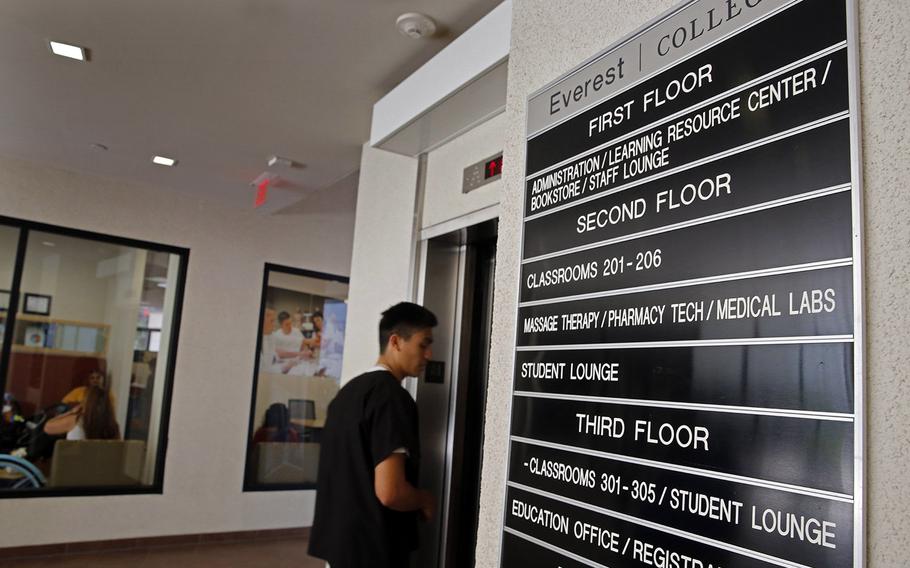 WASHINGTON — Could tweaking the Department of Veterans Affairs website have saved some veterans from suffering through the collapse of Corinthian Colleges?

A group of congressional Democrats think so and on Monday asked the VA to give veterans researching the best use of the education benefits a heads up about for-profit colleges under investigation for suspicious activity.

Thirteen House and Senate lawmakers wrote a letter to VA Secretary Bob McDonald urging him to add a list of high-risk institutions to its online GI Bill education benefit tool as a way to arm veterans against what they say can be unscrupulous and predatory institutions.

“Veterans using the GI Bill comparison tool should be made aware that a school is under investigation by or has settled with federal or state enforcement agencies for misleading students or predatory practices,” the lawmakers wrote. “While an investigation does not amount to a finding of guilt, it does indicate that there are serious concerns with a school that warrant law enforcement action.”

The VA said it will review the congressional proposal.

“Secretary McDonald looks forward to responding to the members after VA has time to consider the issues raised, the potential change in policy, and how such information could be integrated into the GI Bill Comparison Tool,” VA spokeswoman Linda West wrote in an email.

The department’s GI Bill web tool already provides veterans with information on graduation rates, loan default rates and benefit payment amounts, according to West. The VA can also act as an intermediary when veterans have difficulties with an instituation.

Corinthian Colleges ran into financial troubles and various investigations last year before shuttering all of its locations in April and leaving about 16,000 students — many who were veterans using GI Bill benefits — in the lurch.

The for-profit college collected $186 million in taxpayer dollars through Post 9/11 GI Bill education benefits before its collapse, according to the lawmakers.

Troubled or suspicious institutions are known by the federal government. The Department of Education maintains a list of schools that are on “heightened cash monitoring” for the receipt of federal student aid. A school can make the list for a variety of reasons, including missing audits, financial troubles and accreditation issues.

Corinthian Colleges was placed on the list last summer.

More than 540 institutions are on the latest monitoring list released in March, and lawmakers say 59 percent of those are for-profit businesses like Corinthian. But that monitoring information does not make its way to prospective veteran students through the VA site.

“The VA could easily modify its GI Bill comparison tool to include information on whether a school has been placed on HCM [heightened cash monitoring],” according to the letter.