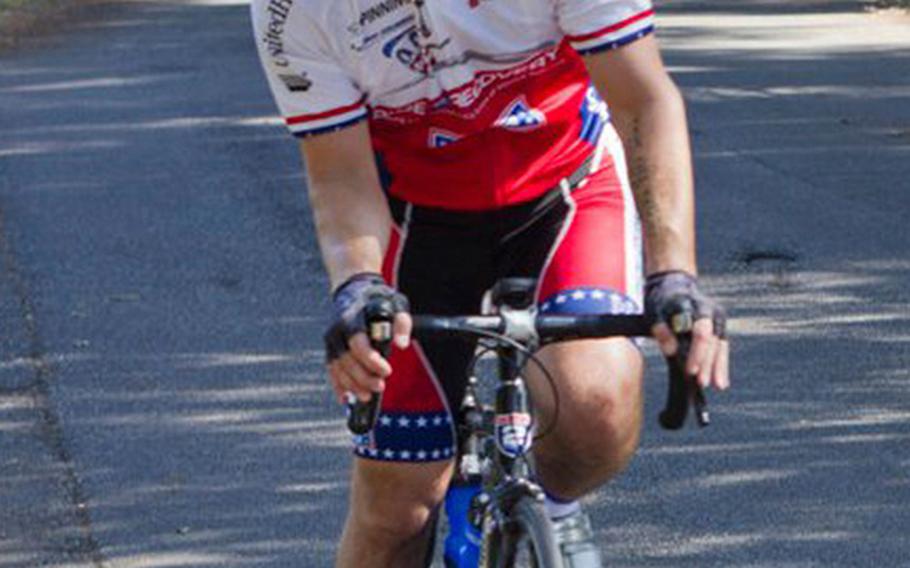 This handout photo from November 2010 shows Clay Hunt in the 2010 Florida Ride. Hunt was a Marine Corps veteran who battled post-traumatic stress disorder, killed himself in 2011 after tours of duty in Iraq and Afghanistan. (Ride 2 Recovery)

WASHINGTON — A bill to overhaul veteran suicide prevention programs is getting another chance in Congress after being scuttled last month by a retiring Senate budget hawk.

The Clay Hunt SAV Act, named after a Marine veteran with post-traumatic stress disorder who committed suicide, was reintroduced Wednesday by a group of House lawmakers and was expected to be filed in the Senate soon.

It calls for a one-stop website with suicide prevention resources for veterans, more Department of Veteran Affairs psychiatrists and an independent review of current department programs to determine which are effective.

Veteran groups have lauded the bill, and Hunt’s parents repeatedly lobbied for it on Capitol Hill. The VA struggles with veterans suicides, estimated at 22 per day.

The House unanimously passed the bill last year and the Senate was poised to do the same, but in the final hours of the 2014 session Tom Coburn, a GOP senator from Oklahoma, blocked a vote, saying the VA could improve services without a new law and budget cuts were needed to pay the $22 million price tag.

“Solutions to this horrific problem will only come from comprehensive, new ideas that improve the accessibility and effectiveness of mental health care available to our veterans,” Rep. Jeff Miller, R-Fla., said in a statement released Wednesday.

“We must take action and I continue to believe that this bipartisan bill is a step in the right direction,” Walz said in a news release. “We can and must work urgently to send this bill to the president’s desk without delay.”

Sen. John McCain, R-Ariz., will also re-introduce the legislation in the Senate, according to an aide. He filed the bill last year and had 21 co-sponsors.

Another of the bill’s allies in the upper chamber of Congress, Sen. Richard Blumenthal, D-Conn., this week was publicly supporting another attempt to pass the bill.

Blumenthal, who is now the ranking member on the Senate Veterans Affairs Committee, went head-to-head with Coburn last month, urging the Republican to release his hold on the legislation and allow a Senate vote, though the pressure ultimately failed. Coburn was known for his harsh criticisms of government spending and his annual publication the Wastebook, which listed what he considered the most egregious cases.

Coburn argued that a massive overhaul of the VA passed last summer already pumped billions of dollars into fixing its programs and said that Congress should spend this year pressing the department for results on suicide prevention.

“Don’t pass another bill; hold the VA accountable,” he said in a Dec. 15 floor speech.

Iraq and Afghanistan Veterans of American, a veterans’ service group, has vigorously supported the Clay Hunt bill and says it agrees the VA oversight is needed but that it must be coupled with specific changes to the suicide prevention programs.

For example, the bill creates new incentives for hiring more psychiatrists and would force the VA to address a critical lack of staff, according to the group.

But it is unlikely the bill will need to survive the same staunch opposition or criticism in the Senate, said Alex Nicholson, the IAVA legislative director.

Coburn was virtually the sole opponent and nearly all other Senators from the prior session appeared on board. The group is still feeling out some freshmen lawmakers.

“We expect the House to move a lot quicker and most likely the Senate will take up the House-passed version on the floor in February,” Nicholson said.