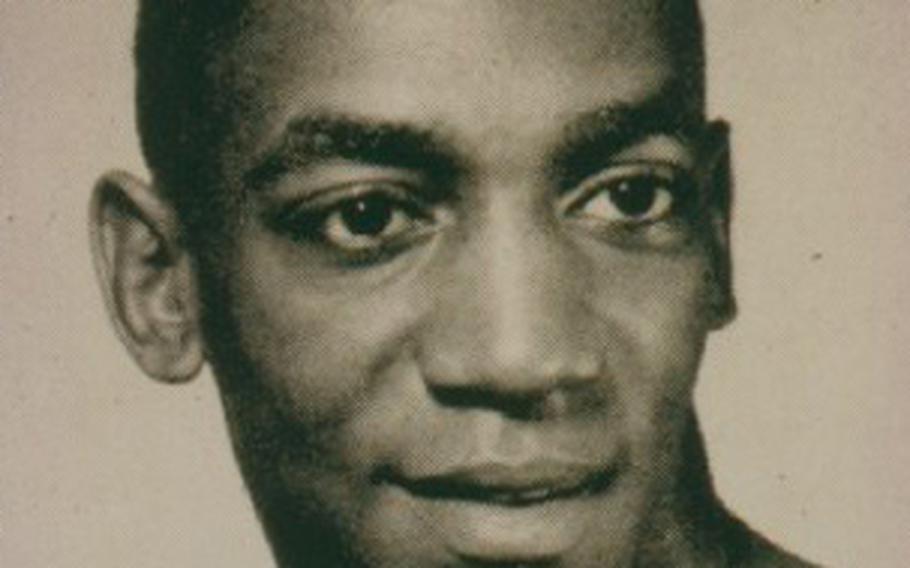 Bill Cosby (comedian, actor, author, musician): William Henry Cosby Jr. served in the Navy from 1956-1961 and trained as a hospital corpsman. He was an avid athlete: He played basketball and football and competed on the Navy's track team. It was during his time traveling with the track team that Cosby experienced racial discrimination, sometimes being forced to enter restaurants through a back door or eat in the kitchen. After his Naval service, Cosby went to Temple University in Philadelphia. In 2011, the Emmy and Grammy Award-winning actor was made an honorary chief petty officer of the Navy. WATCH: Bill Cosby made honorary chief petty officer: http://www.stripes.com/blogs/stripes-central/stripes-central-1.8040/bill-cosby-made-honorary-chief-petty-officer-1.135176 (Naval History and Heritage Command)

Bill Cosby (comedian, actor, author, musician): William Henry Cosby Jr. served in the Navy from 1956-1961 and trained as a hospital corpsman. He was an avid athlete: He played basketball and football and competed on the Navy's track team. It was during his time traveling with the track team that Cosby experienced racial discrimination, sometimes being forced to enter restaurants through a back door or eat in the kitchen. After his Naval service, Cosby went to Temple University in Philadelphia. In 2011, the Emmy and Grammy Award-winning actor was made an honorary chief petty officer of the Navy. WATCH: Bill Cosby made honorary chief petty officer: http://www.stripes.com/blogs/stripes-central/stripes-central-1.8040/bill-cosby-made-honorary-chief-petty-officer-1.135176 (Naval History and Heritage Command) 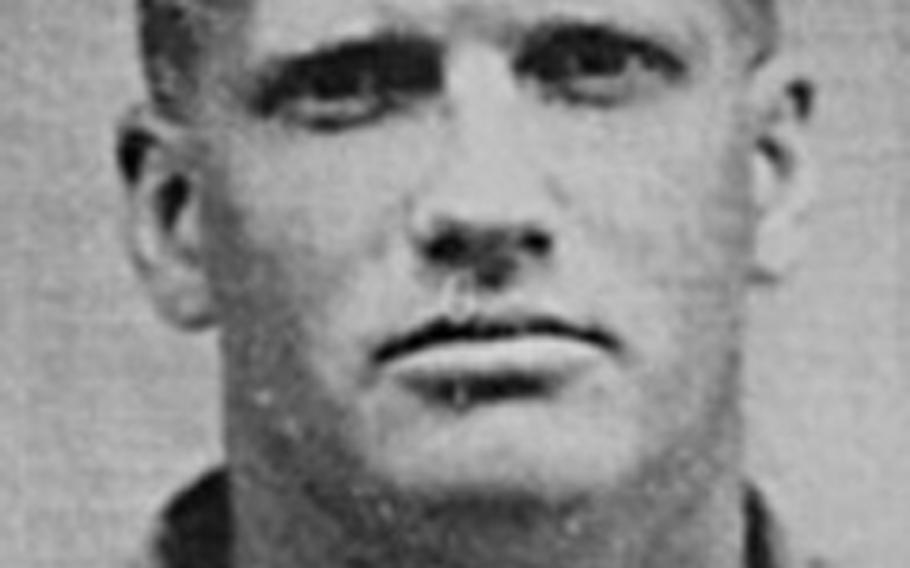 Drew Carey (comedian, actor, game-show host): Carey served in the U.S. Marine Corps Reserve for six years from 1981-97. The former host of the improvisational comedy game show 'Whose Line Is It Anyway?' who once referred to his girth in his standup routine said in 2010 that he'd lost almost 92 pounds. 'The Price is Right' host ran his first Marine Corps Historic Half Marathon in 2011 in Fredericksburg, Va., in one hour, 58 minutes, 20 seconds. (U.S. Marine Corps) 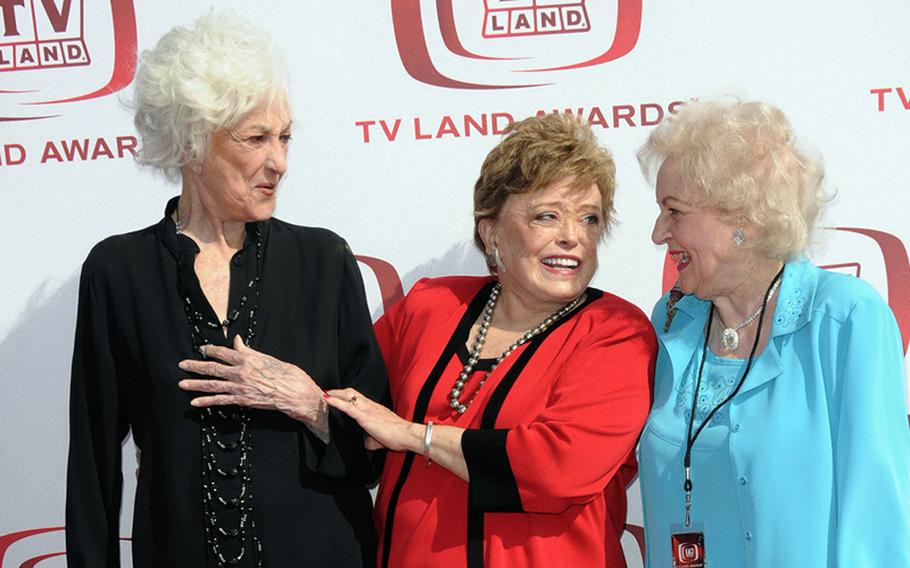 Bea Arthur (actor): The 'Maude' and 'Golden Girls' actor, left, died in 2009 at age 86 and denied she'd ever served in the military. But a year later, The Smoking Gun published personnel documents that showed that a 21-year-old Arthur enlisted in the Marine Corps in early 1943 as Bernice Frankel. She served 30 months and was one of the first members of the Marine Corps' Women's Reserve, the website said. During her service, she married a fellow Marine and changed her name to Bernice Aurthur, which changed again to Arthur as she pursued an acting career after her military service. (http://www.thesmokinggun.com/documents/celebrity/bea-arthur-was-truck-driving-marine) (Fitzroy Barrett/Landov/MCT) 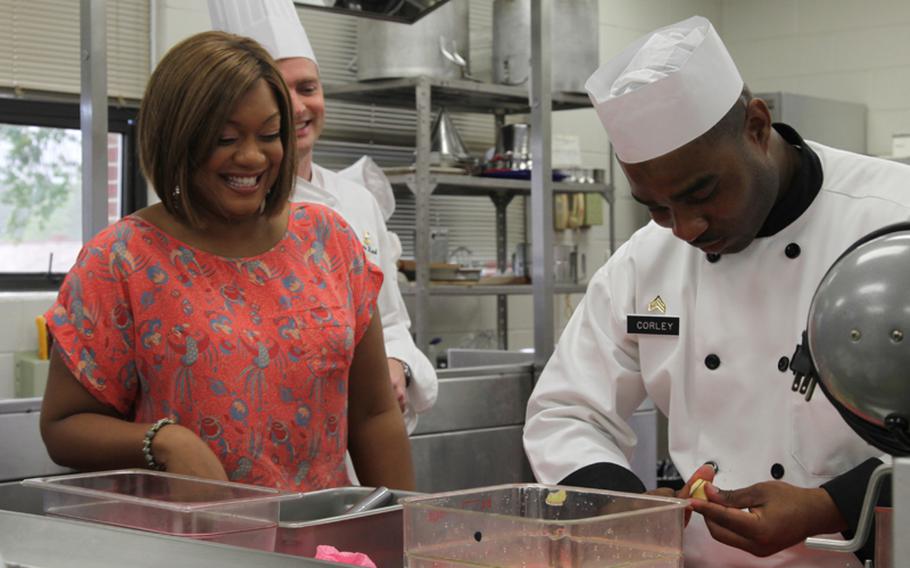 Sunny Anderson (TV show host, author): The host of the Food Network show 'Cooking for Real' and 'Made in America with Sunny Anderson' served in the Air Force as a military radio host and was honorably discharged in 1997. Anderson took her 'Cooking for Real' show to Fort Bragg in 2011 to highlight the work of the advanced culinary students and instructors at the base's joint culinary center and often makes appearances at U.S. military bases in support of troops. (Keith Desbois/U.S. Army) 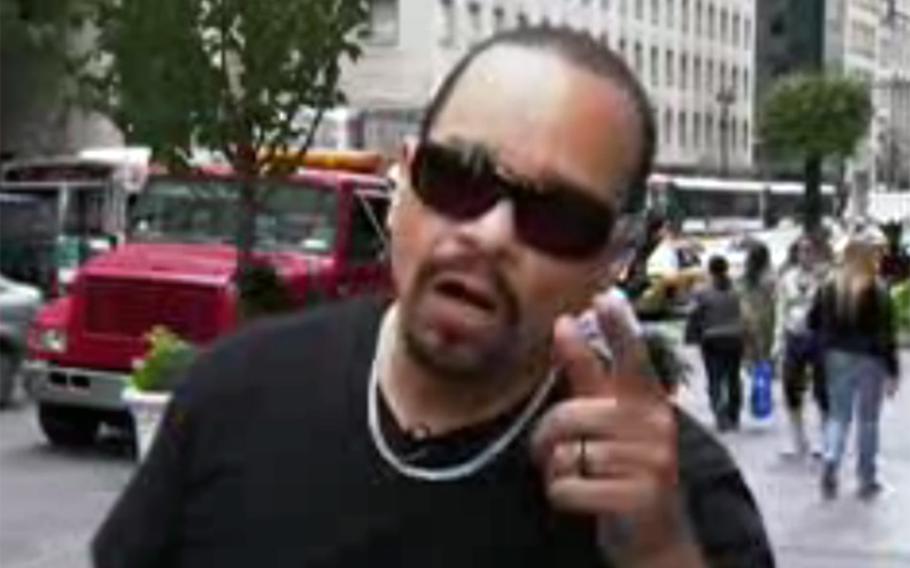 Ice T: Rapper (actor, musician, reality TV star): Tracy Lauren Marrow, seen here in a public service announcement for the New York City Office of Emergency Management, served in the U.S. Army 25th Infantry from 1979-83. The Grammy Award winner told CNN in 2012: "Nothing but respect to the soldiers coming home from the war," he said. "As far as something I can tell them to do, this might sound cold, but don't expect anybody to care. Don't expect that because you're a GI, you're going to come home and somebody's going to open up their hands up to you. You just gonna have to bust your a** from the ground up, unfortunately." (http://edition.cnn.com/2012/06/15/showbiz/celebrity-news-gossip/ice-t-ireport-documentary) (NYC.gov) 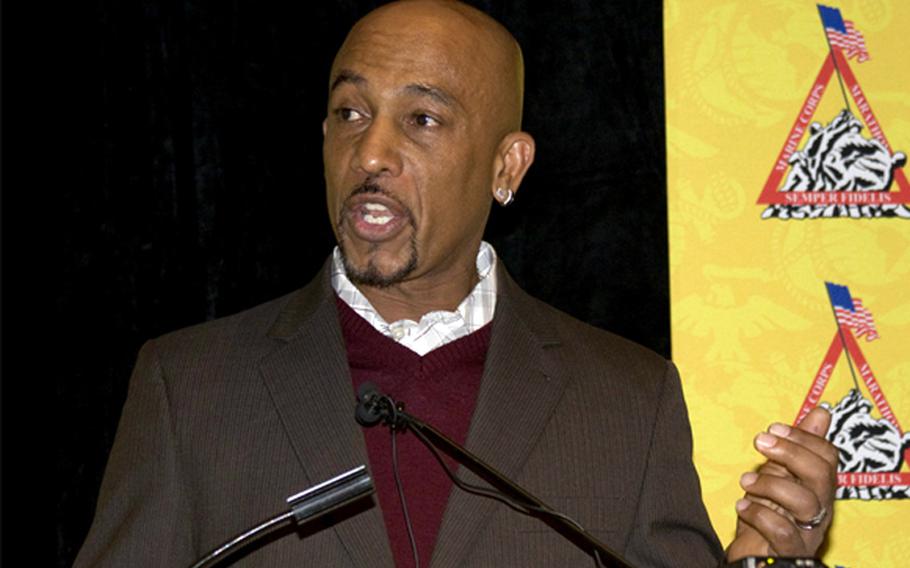 Buy Photo
Montel Williams (talk show host, radio and TV personality): Williams enlisted in the U.S. Marine Corps and was later accepted into the U.S. Naval Academy, graduating in the class of 1980. The former Naval intelligence officer retired after 22 years of service. Despite being diagnosed with multiple sclerosis in 1999, Williams routinely visits military bases in support of troops and has served meals to wounded warriors at Bethesda, Md. "I spent every single day I could trying my best at the time I was on active duty thinking that I was in every hot spot we had," Williams has said. In 2008, Williams received the Navy's Superior Public Service Award, the service's second highest award presented to civilians. (Joe Gromelski/Stars and Stripes) 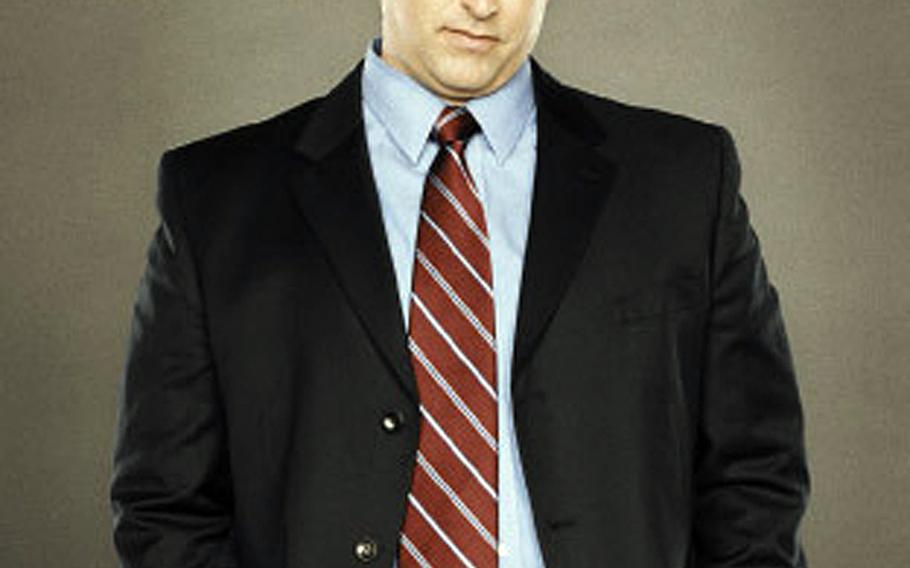 Rob Riggle (comedian, actor, TV personality): 'Saturday Night Live' alum and former 'Daily Show' self-described 'military correspondent' Rob Riggle recently retired as a Marine Corps reserve officer after 23 years of service. Riggle, a lieutenant colonel, served in Kosovo, Liberia, Albania and Afghanistan. On what he enjoyed most about being in the Marine Corps, he told Marines Mag: 'One – I earned the title Marine, no one gave it to me. I’ll be proud of that as long as I’m alive. Two – Marines are loyal to each other. I like loyalty. Three – Marine Corps history and tradition is something to be proud of, and I’ve been part of that history for the last 19 years. And four – honor, courage and commitment. Those words really do mean something.' (Marines Mag) 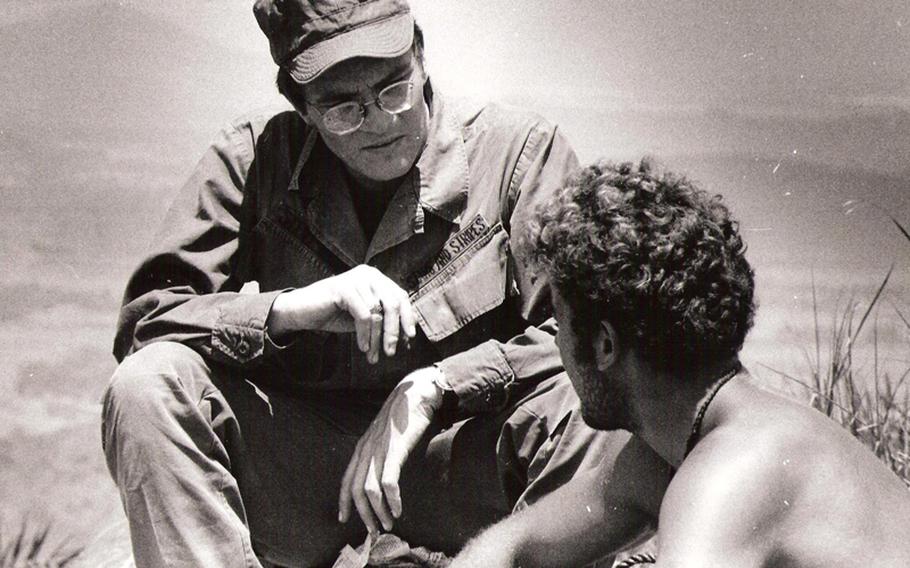 Buy Photo
Steve Kroft (print and TV journalist): Kroft is entering his 25th season as a correspondent for CBS' '60 Minutes.' But long before that, the five-time Peabody Award winner who received a lifetime achievement Emmy in 2003 served with the U.S. Army in Vietnam as a correspondent and photographer for Pacific Stars and Stripes. (Stars and Stripes Museum/Library, Bloomfield, Mo.) 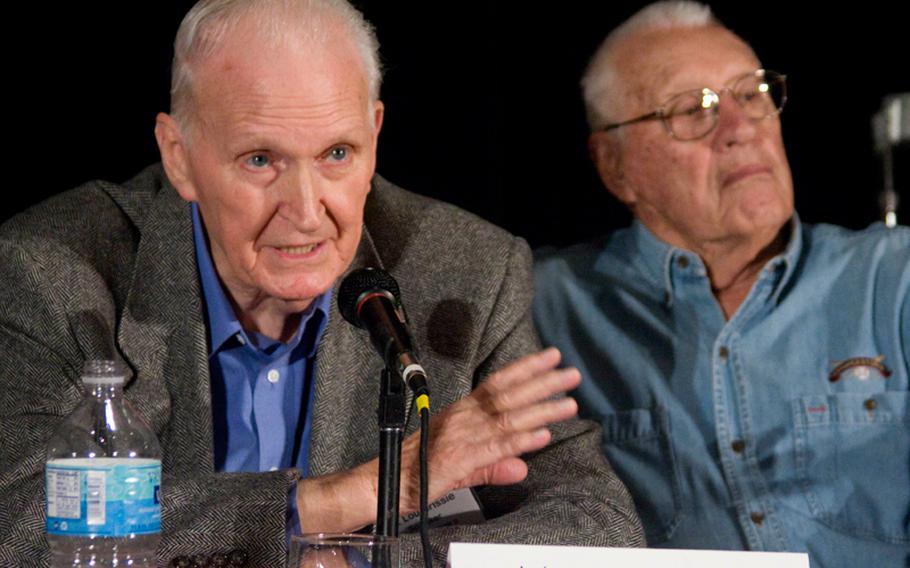 Buy Photo
Lou Brissie and Bob Feller (Major League Baseball players): The MLB was well-represented among the fighting men of World War II, and they included Brissie, left, and Feller, shown here speaking at a 2010 veterans conference in Washington, D.C. Brissie suffered severe left leg injuries during fighting in Italy in 1944, but the soldier battled back to pitch -- with a metal leg brace -- in the major leagues from 1947-53. Hall of Fame pitcher Feller won 266 games despite missing four years during the war; he served as a chief petty officer aboard the USS Alabama. (Stars and Stripes file photo) Ed McMahon (TV personality, comedian): The longtime sidekick to Johnny Carson on 'The Tonight Show' retired as a colonel in the Marine Corps reserves. He earned more than six air medals while flying more than 85 combat missions during the Korean War. The TV legend passed away June 23, 2009. (Gerry J. Gilmore/American Forces Press Service) George Steinbrenner (businessman, Major League Baseball team owner) : The longtime owner of the New York Yankees, left, was a second lieutenant during the Korean War, stationed at Lockbourne Air Force Base in Ohio. Here, he greets Navy officers visiting his Florida shipyard during the commissioning of the USNS Richard G. Matthiesen in 1988. Steinbrenner passed away July 13, 2010. (Lincoln Presidental Library and Museum) 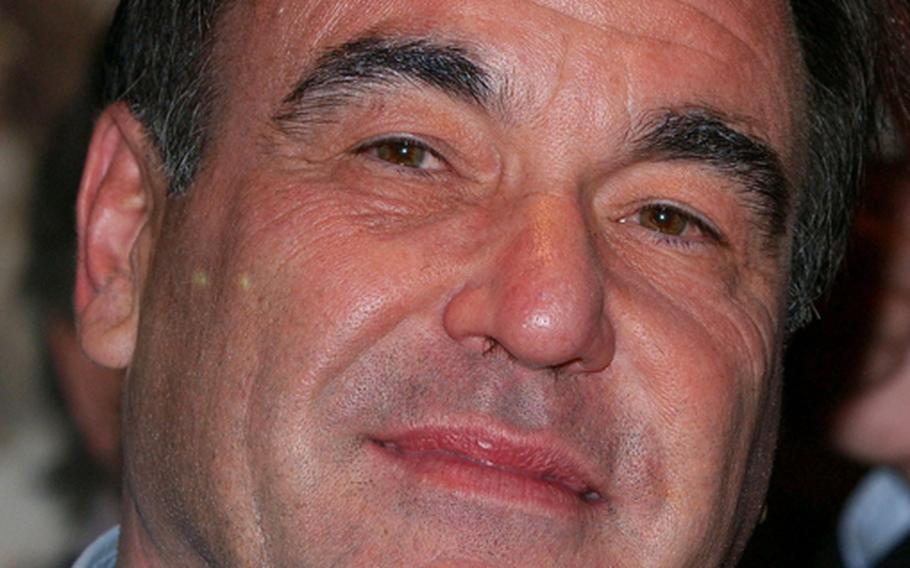 Oliver Stone (director, screenwriter): The three-time Oscar-winner joined the Army in 1967 and served in Vietnam. During his Army service, he earned a Purple Heart and Bronze Star. After the war, Stone reportedly suffered nightmares about his combat experiences and made the movie 'Platoon' to help himself work through his trauma. His two other Vietnam War-themed movies are 'Born on the Fourth of July' and 'Heaven & Earth.' (Nicolas Khayat/Abaca Press/MCT) 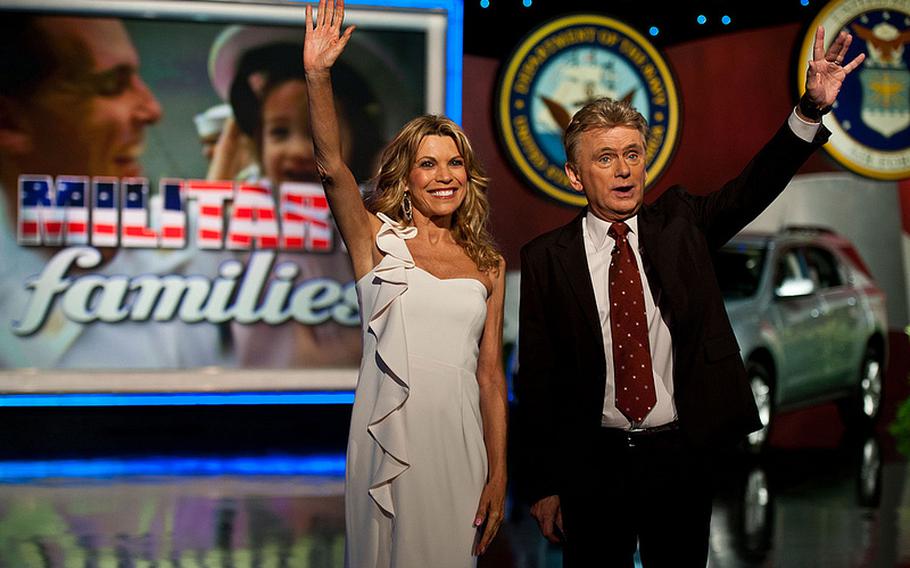 Pat Sajak (TV game show host): Sajak, seen here with 'Wheel of Fortune' costar Vanna White during a 2012 taping of the show starring military families, left college after three years to join the Army in 1968, when he was sent to Vietnam. Sajak spent several months as a finance clerk before transferring to Armed Forces Radio. He was given the morning show on the Armed Forces Vietnam Network in Saigon, greeting troops with the familiar 'Good morning, Vietnam!' Sajak completed his military career in 1970. (Airman magazine) 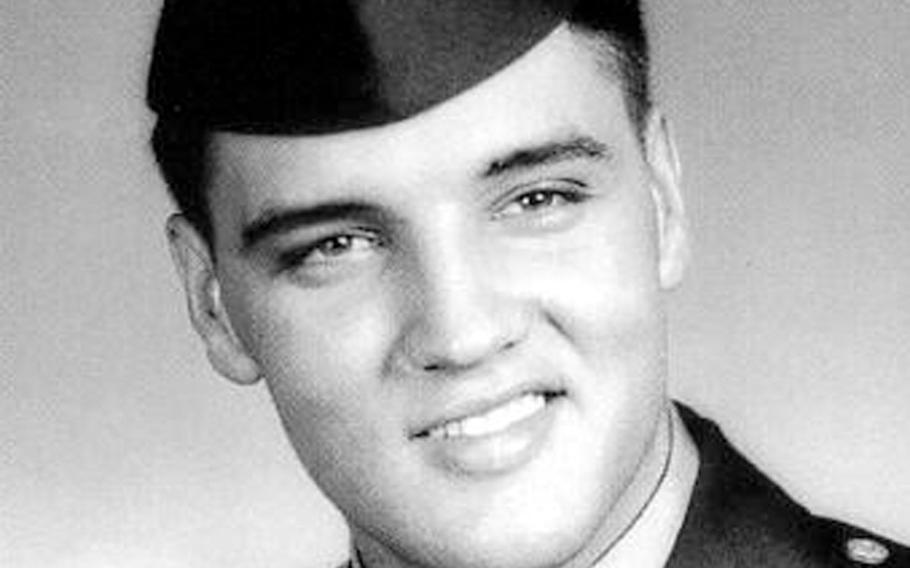 Celebrities, with their red-carpet premieres, luxury travel and posh homes, may seem out of touch with the rest of us. But a special group never forgot where they came from.

Before they were famous, these celebs served in our nation's armed forces. Some saw battle as infantrymen; others served as journalists, keeping their fellow servicemembers informed on the day's developments. All felt the call to serve their country.

To this day, some continue to give back by visiting bases around the world and volunteering at veterans events.

Most of us are familiar with one iconic celebrity servicemember: Pvt. Elvis Presley. His arrival for training at Fort Hood on March 28, 1958, created chaos on the base.

"Private Presley will be treated exactly as all trainees are treated," the Army declared at the time.

Presley wasn't the first, nor the last, famous entertainer who has worn a uniform. How many of the celebrities in this photo gallery did you know were veterans of our armed forces?