CBO: Why VA claims exploded and ways to slow the trend 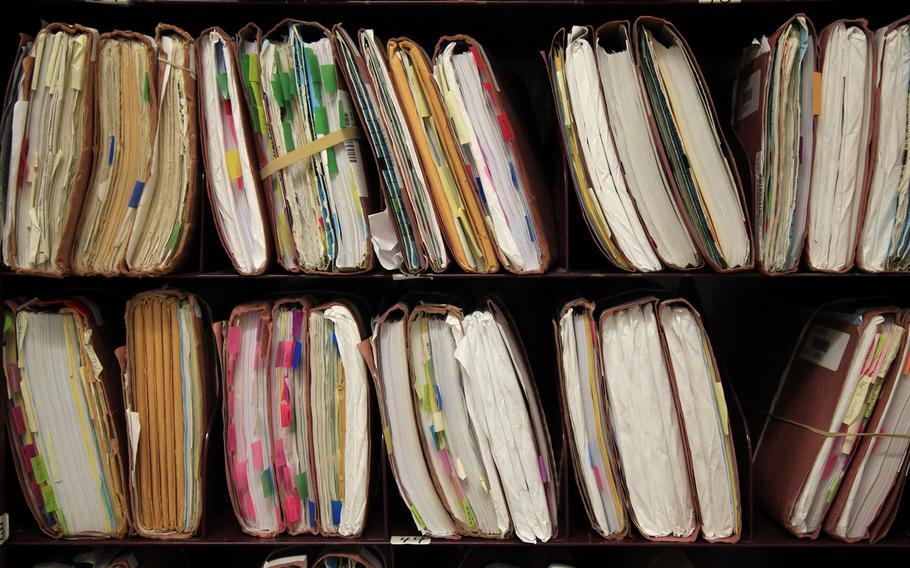 America’s population of living veterans fell by almost five million, or 17 percent, from 2000 to 2013. So why did the number of veterans drawing disability compensation climb by 55 percent over that period? And why has yearly VA disability payments tripled since 2000 to reach $60 billion in 2014?

The Congressional Budget Office explains why in a new report, and the primary reason is not found among veterans who served in Iraq and Afghanistan. That source of claims is significant but not yet near its peak.

A greater factor has been liberalized laws and policies on “service connected” ailments, particularly decisions to compensate Vietnam War veterans for common medical conditions of aging and lifestyle because of an “association” with possible exposure to herbicides used in that war.

The Department of Veterans Affairs (VA) expanded its list of diseases presumed caused by Agent Orange to ischemic heart disease, Parkinson’s disease and certain types of leukemia in 2010. By June of last year, that decision had led to VA processing 280,000 claims for the newly presumptive ailments and to making $4.5 billion in retroactive disability payments.

Another factor of growth in VA claims has been a weak labor market, CBO says, which encourages out-of-work or underemployed veterans to apply for disability compensation. Current law allows them to do so at any age and as often as they like. Indeed, laws enacted in 2000 and 2008 required VA to strengthen the help given to veterans to apply for disability benefits and substantiate claims. VA also increased outreach to veterans with post-traumatic stress disorder and eased PTSD diagnostic requirements.

All such efforts, CBO says, are aided by the Internet and its capability to relay information quickly, and by websites that offer information on benefits and programs and encourages veterans to submit claims online.

CBO prepared its report, Veterans’ Disability Compensation: Trends and Policy Options, at the request of the ranking Democrat on the House Veterans Affairs Committee, Rep. Mike Michaud of Maine.

As with most CBO reports, it offers only “objective, impartial analysis” and options, not recommendations. But the options for easing the river of VA compensation claims are, as expected, controversial. Many will be unpopular with veterans and condemned by powerful veteran service organizations, which would seem to make adoption by the Congress or VA unlikely outside of a larger bipartisan package of federal entitlement reforms.

For example, CBO floats three options to alter policies on identifying service-connected conditions and to conduct long-term monitoring of disability ratings. One would impose a time limit on filing initial claims. CBO notes that in 2012, roughly 43 percent of first-time recipients of disability pay had filed claims while 55 or older, even though most had left service by age 30. Seven percent of new claimants that year were 75 or older.

It suggests that veterans could be required to file initial claims within a fixed period of time, for instance within five or 10 or 20 years of leaving active duty, depending on medical condition claimed, because some conditions would take longer than others to become apparent.

Another option would require more reexaminations of veterans with disability ratings to track changes and thus adjust ratings.

A third option is to change the “positive-association standard” VA has used to form its list of “presumptive” medical conditions. For example, VA presumes any Vietnam War veteran who has Type II diabetes or heart disease contracted the condition from wartime exposure to Agent Orange.

CBO notes that a medical finding of a positive association “does not prove that the occurrence of a disease results from exposure to a particular hazard.” Indeed, using the association standard, says CBO, “can result in providing benefits for conditions that are common in the general population and that may be more strongly associated with non–service-related risk factors such as genetics, aging or lifestyle.”

VA would have to consider “other known risk factors, such as diet and aging, in the development of the medical condition.”

Other CBO options to control disability pay include: an end to Individual Unemployability (IU) benefits to veterans old enough to qualify for social security; dampening cost-of-living adjustments, and restoring the ban on “concurrent receipt” of both VA disability pay and military retirement.

Repealing concurrent receipt, CBO says, would have the largest budgetary effect of any option, saving the government $119 billion over the next 10 years. It notes that “for decades before 2003” military retirement was cut by the amount a retiree drew in VA disability pay. Congress ended that offset for retirees with 20 or more years’ service who have disability ratings of 50 percent or higher or who have combat-related disabilities.

Those changes too encouraged more vets to file compensation claim.

In 2000, only nine percent of veterans drew disability compensation and the average yearly payment, in 2014 dollars, was $8100. Today 16 percent of veterans receive disability pay and it averages $13,000. CBO says the jump reflects a rise in number and severity of rated ailments, especially for two eras of vets, those who served during Vietnam and the first Gulf War.