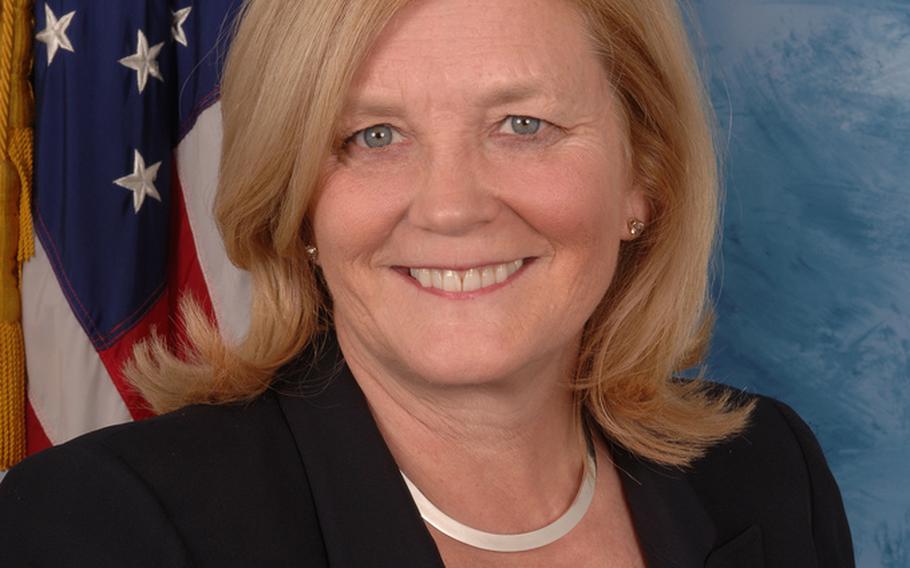 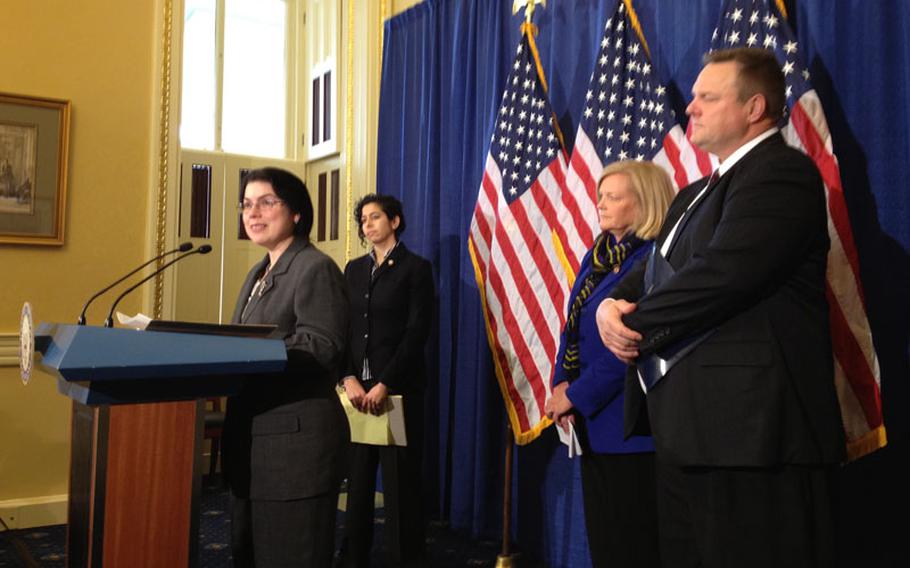 Navy veteran Ruth Moore speaks at a Feb. 13, 2013, news conference introducing the Ruth Moore Act, which would lower the burden of proof establishing a link between a military sexual assault and later emotional or mental problems. Behind her are (from left to right) Anu Bhagwati, executive director of Service Women’s Action Network, Rep. Chellie Pingree and Sen. Jon Tester. (Leo Shane/Stars and Stripes)

WASHINGTON — Sexual assault victims trying to claim veterans benefits could have an easier path proving their injuries under legislation introduced in Congress this week.

The Ruth Moore Act – named for a Navy veteran raped twice in 1987 who fought for more than two decades to receive veterans disability benefits – would lower the burden of proof establishing a link between a military sexual assault and later emotional or mental problems.

Bill sponsor Rep. Chellie Pingree, D-Maine, said under current rules, the Department of Veterans Affairs requires victims to show documentation of the sexual assault, proof of a current mental health condition, and a clear link between the two. She and advocacy groups have argued it’s an unnecessarily high burden that discourages many victims from seeking help.

“It’s so obvious to us that the system is not working,” Pingree said at a Capitol Hill press conference Wednesday.

Under the new bill, all officials would need to approve a claim would be a simple statement from a veteran asserting that military sexual assault occurred and a doctor’s diagnosis of a mental illness connected to the event.

Moore, who testified before Congress last summer about her assault and the aftermath, was forced out of the military because of depression and suicidal thoughts brought on by her rapes. But VA officials for years refused to grant her any disability payouts or treatment because she could not establish a clear link.

She finally was rated 100 percent disabled, but only after 23 years of fighting and the intervention of several lawmakers. At the press conference, Moore said fixing the system will help all sex assault victims get to the point “where we feel like we’re being heard.”

The process is frustrating, discouraging and “repeatedly traumatizing” to women and men devastated by their betrayal at the hands of trusted colleagues.

Sen. Jon Tester, D-Mont., is offering companion legislation in the Senate and said improving the system is a common-sense move that all lawmakers should support.

Similar legislation failed to pass out of Congress last year, but Tester and Pingree blamed that on the partisan divide that snarled most legislation. They’re confident that enough bipartisan support exists for passage this year.