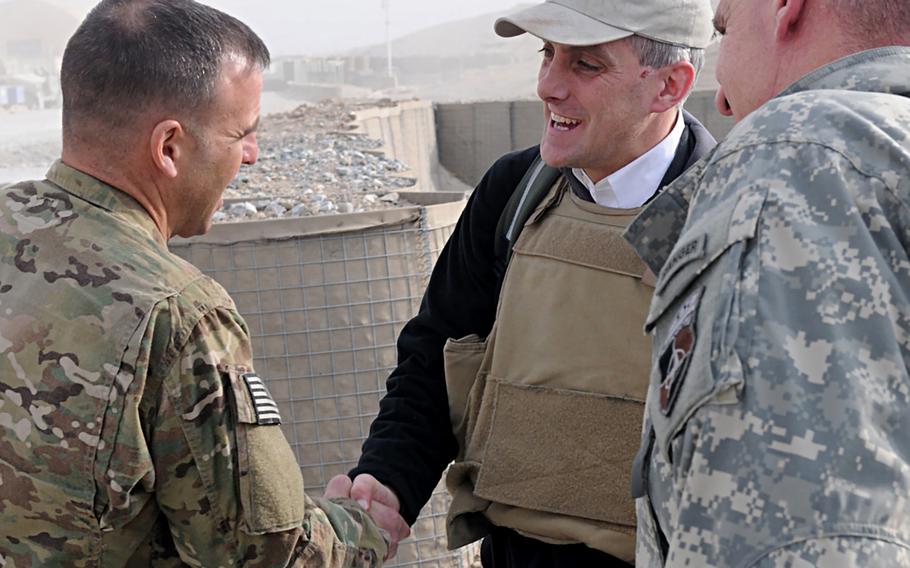 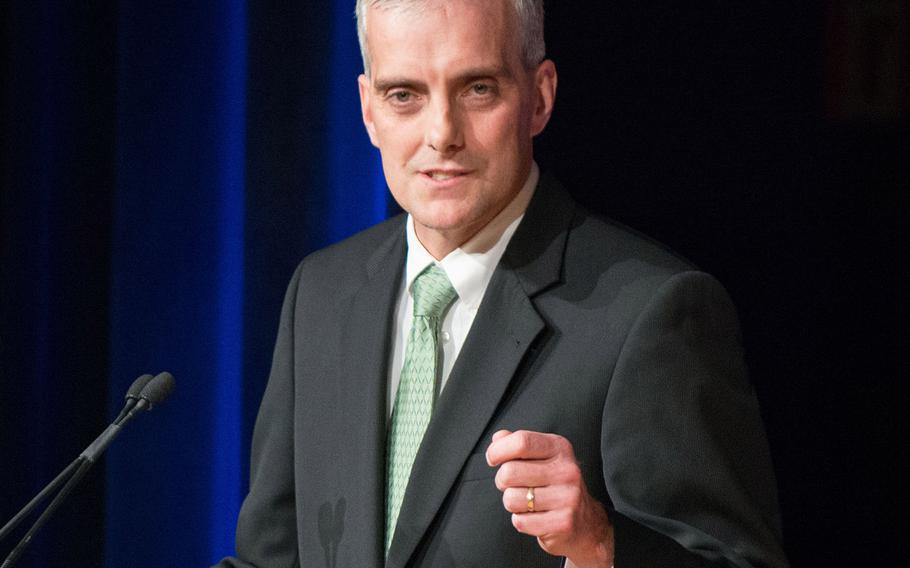 WASHINGTON – Denis McDonough, President-elect Joe Biden’s choice for Department of Veterans Affairs secretary, publicly promised Friday to work as a united team with VA employees and veterans’ service organizations to “fight like hell” for veterans and their families.

Biden introduced McDonough, 51, as his pick for VA secretary during a public briefing Friday afternoon. The president-elect described McDonough as a “relentless workhorse” and a “world-class manager with an innate understanding of how government can and must work for our veterans.”

Biden listed filling the vacancies of health care professionals across the VA as a key task for McDonough. In addition, McDonough noted the need to help veterans transition out of the military and into their communities, support veteran caregivers and make the VA more welcoming for women, minority and LGBTQ veterans.

“As the president-elect has said, his marching order to me is very clear: Fight like hell for veterans,” McDonough said. “We’re going to fight like hell to give veterans and their families the health care, respect and dignity they deserve.”

Biden highlighted McDonough’s experience in government as a reason he chose him to take the role. McDonough was a longtime aide of former President Barack Obama, serving as his principal deputy national security adviser and later taking the job as Obama’s chief of staff. McDonough began working with Obama in 2007 as the then-senator’s senior foreign policy adviser. Before working for Obama, McDonough held staff positions in the House and Senate.

As head of the VA, McDonough would be in charge of the country’s second-largest federal agency, with 400,000 employees and an annual budget that recently surpassed $200 billion.

If confirmed by the Senate, McDonough would become only the second secretary of Veterans Affairs who is not a veteran. David Shulkin, whom President Donald Trump nominated as VA secretary at the start of his presidency, was the first.

Some leaders of national veterans’ organizations have criticized Biden’s pick of McDonough. Many pushed for a woman or a post-9/11 veteran – or a combination – to run the VA.

McDonough on Friday talked about his ties to veterans. During his time in the White House, he traveled to Afghanistan and Iraq to meet with troops, he said. He also visited wounded service members at Walter Reed National Military Medical Center. In addition, his grandfather was a Marine, he said, and he had a close friendship with his high school football coach, who was a World War II veteran.

“His family gave me his jacket, one of my most prized possessions,” McDonough said. “Coach Sam’s jacket reminds me why we’re here. Our men and women in uniform have had our country’s back, and when they come home, we need to have their back.”

If confirmed, McDonough said he would call upon every American and federal department to play a role in supporting veterans.