At Pathway Home, combat vets seek to tame the feral memories of war 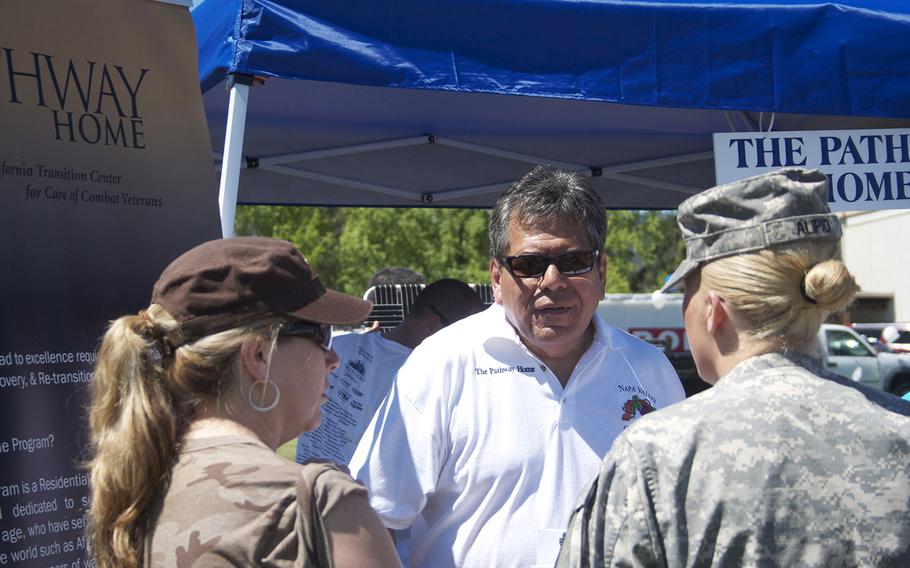 Fred Gusman, founder of The Pathway Home, a residential treatment program in California for Iraq and Afghanistan war veterans struggling with combat trauma, emphasizes social reintegration as part of the recovery process. "We didn't provide Vietnam veterans any guidance for how to go back home," he said. "We want to make sure with these veterans that they and the people around them know what to expect." (Photo Courtesy Fred Gusman)

Fred Gusman has been around post-traumatic stress disorder so long that he began treating the condition before it officially existed.

In 1978, as a social worker with a Veterans Affairs hospital near San Francisco, he created the nation’s first residential therapy program for troops who fought in Vietnam. He listened as the men described the torment of living with a disorder that the American Psychiatric Association failed to recognize as a formal diagnosis until 1980.

More than three decades later, Gusman remains devoted to the cause, seeking to save a new generation of veterans from the mental anguish of combat. He runs The Pathway Home, a residential treatment program for Iraq and Afghanistan war veterans that he founded in 2008, soon after leaving his position as a senior director with the VA National Center for PTSD.

His nonprofit program occupies a building on the verdant grounds of the Veterans Home of California in Napa Valley, the heart of the state’s wine region. The serene backdrop contrasts with the inner chaos of those who arrive to confront the feral memories of war.

“When I started talking with Vietnam veterans, there was resistance to the idea that vets coming back could suffer psychological problems,” said Gusman, who joined the VA in the late 1970s after serving six years in the military. “Now we know they do. But society still has a long way to go in understanding the complexities of what people experience when we ask them to go to war for us.”

Gusman and his staff work with three classes of 15 veterans each year. Most show up with their lives in ruin. Nearly three-fourths have attempted suicide and close to two-thirds have been homeless at least once in the previous year. Almost half are divorced.

The veterans live for free in Pathway’s relaxed, dorm-like setting during the four-month program. They gain familiarity with each other in the first few weeks as they take part in art, writing, meditation and yoga classes intended to steady the mind. Gusman then begins a daily trauma therapy session that forces each member of the group to unearth their worst moments from a battlefield they have yet to leave behind.

“Fred is so direct that you get to the point where you’re upset with him,” said Zach Skiles, a former Marine who enrolled in the program in 2010. “But he does that because he knows you have to take your PTSD on or you’ll never learn to deal with it.”

Skiles deployed to Iraq in 2003 and lost four friends in the span of two weeks. He mustered out of the Marines a year later, and beset by flashbacks of his friends dying, bouts of paranoia and insomnia, he slowly descended into the void of his mind.

By 2009, he found himself estranged from loved ones, unemployed and homeless. As he languished on a VA waiting list to receive counseling, his caseworker pointed him toward Pathway.

“Going there fundamentally changed my life,” said Skiles, 32, who lives in San Francisco. He recently earned a bachelor’s degree in psychology and leads equine therapy and meditation classes for veterans. “The biggest thing I took away is that you have to be an active participant in your recovery. Fred’s going to say, ‘You know what has to be done. Now do it.’”

Gusman’s approach has yielded encouraging results. In a survey last year of 100 graduates of the program, 93 reported that the quality of their life had improved since attending Pathway. Contributing factors included making stronger ties with family and friends, avoiding legal problems and continuing to receive treatment from VA or private clinicians.

Gusman ascribes the success in part to an emphasis on social reintegration that counters the self-isolation associated with PTSD. His staff coordinates fly fishing, hiking and other activities with community groups to reacquaint veterans with the civilian world. Pathway also holds a twice monthly support group for their families and friends to smooth the reacclimation process.

“We didn’t provide Vietnam veterans any guidance for how to go back home,” he said. “That’s why so many of them didn’t or wound up leaving again. We want to make sure with these veterans that they and the people around them know what to expect.”

The counseling regimen that Gusman started at the VA in 1978 was replicated in dozens of its hospitals and clinics across the country. Likewise, Pathway has inspired other programs. The National Intrepid Center of Excellence, opened in 2010 in Bethesda, Md., drew on his model in shaping its treatment for PTSD. Last year, the VA created its first residential treatment center exclusively for veterans of the Iraq and Afghanistan wars, a program that mirrors Pathway’s methods of care.

Gusman regards the efforts as crucial to helping veterans set down war’s internal burdens. “We want to empower them so they’re not slaves to a condition they did not choose,” he said. “We want them to have their lives back.”

Skiles credits Pathway with giving him that chance. “I don’t know what my life would be like if I hadn’t wound up there,” he said. “I would be nothing. I’m not sure I would be alive.”