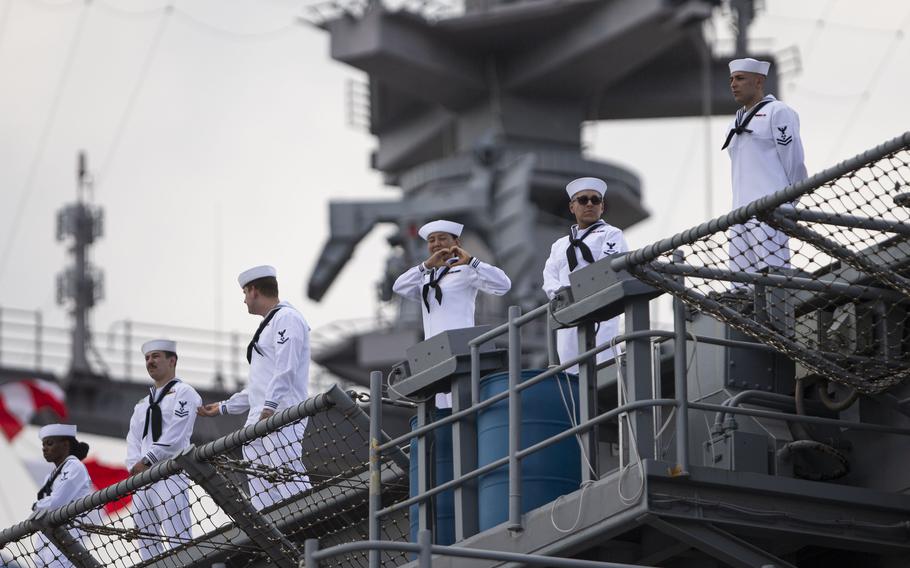 (Tribune News Service) — Virginia has a lot to offer retirees.

There are beaches along the coast, mountains to the west and a close proximity to the nation’s capital, said Denice Williams, chair of the Joint Leadership Council of Veterans Service Organizations.

“It’s a great place to live,” Williams said, “but veterans also have to ask, ‘Where am I going to get the most bang for my buck?’”

The General Assembly took action last year to make the commonwealth more appealing to veterans, passing a law that allows veterans 55 or older to deduct from their taxes tens of thousands of dollars in military retirement pay. But some legislators are hoping to go a step further this year by eliminating the age restriction.

“The majority of our veterans retire from the military under the age of 55, and once they are gone they don’t come back,” said Del. Glenn Davis, R-Virginia Beach.

“We lose so many of them when they get out of the military to other states (with better incentives).”

Davis is co-sponsoring a bill from Goochland Republican John McGuire that would lift the age requirement. He said the state should work to retain veterans because they have a range of useful skills and are a valuable part of the civilian workforce if they begin a new career.

Eliminating the age requirement would cost the state an estimated $37.8 million from the general fund, according to a fiscal impact statement.

Tax cuts will likely be a point of contention during this legislative session, with Republicans backing the more extensive cuts favored by Gov. Glenn Youngkin and Democrats expected to push back as they highlight other priorities.

But this bill, so far, has received bipartisan support.

It’s co-sponsored by a handful of Democrats, including Norfolk Del. Jackie Glass, and unanimously passed a House subcommittee on Friday.

No one spoke against the bill during public comment.

Jay Marts, a 28-year National Guard and U.S. Army retired colonel, told the subcommittee it would be a meaningful way to thank veterans for their service.

“It is a small nod of appreciation for their long service and physical sacrifice,” he said. “We want all veterans to know that Virginia is the best place for them to call home.”