Sailor who died at Pearl Harbor to be buried at Arlington 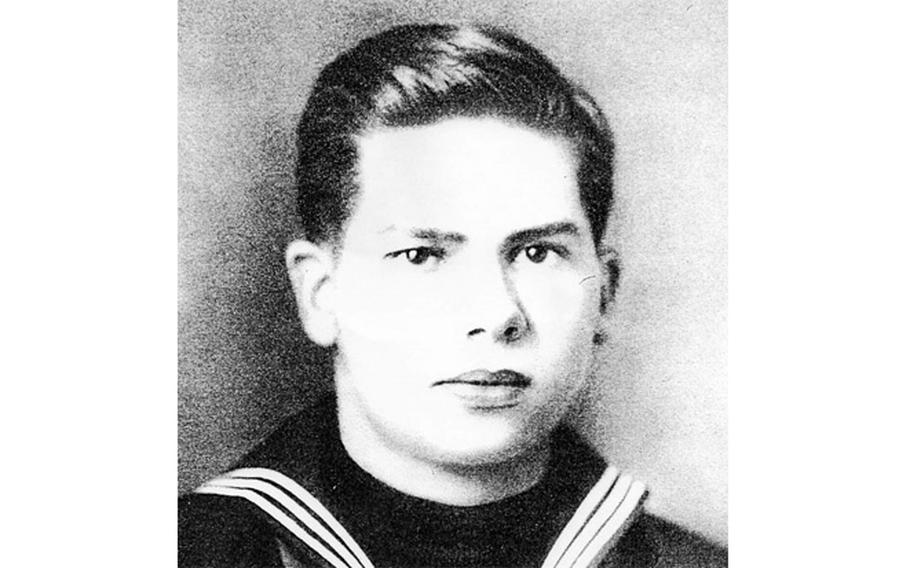 The remains of a sailor from Massachusetts who died when the USS Oklahoma was struck by multiple torpedoes during the Japanese attack on Pearl Harbor in 1941 are being buried at Arlington National Cemetery on Monday.

The interment comes more than 80 years after the attack that drew the U.S. into World War II and nearly four years after the Defense POW/MIA Accounting Agency announced that Electrician's Mate 3rd Class Roman W. Sadlowski of Pittsfield had been accounted for using advanced DNA and anthropological analysis, as well as circumstantial and material evidence.

About 15 family members from Massachusetts, Texas and Florida are scheduled to attend the ceremony that was delayed by the coronavirus pandemic, said Joe Makarski Jr., who is Sadlowski's nephew and who supplied a DNA sample about a decade ago that was used to help identify the remains.

"We're quite excited," Makarski, 81, said in a telephone interview. "It's been a long time, and I am glad to be alive to finalize it."

Makarski never met his mother's brother, but he grew up hearing about him.

"I remember my Dad and Mom speaking about him, and they always spoke very highly of him," he said. "I know he worked at General Electric and he did the books for my mother's little beauty salon in Pittsfield. Growing up, I always saw his picture at my grandmother's house."

Sadlowski, 21, enlisted in the Navy on July 31, 1940, according to the Navy's Office of Community Outreach.

As an electrician's mate his duties included maintaining, operating and repairing the battleship's electrical systems, motors, generators and alternators.

The USS Oklahoma was among the first vessels hit during the Japanese attack on Dec. 7, 1941, struck by three aerial torpedoes just before 8 a.m. when many sailors were still asleep below deck, according to Navy accounts.

The port side was torn open and within 15 minutes of the first strike, it had rolled over completely, trapping hundreds of crew members. Two members of the crew earned the Medal of Honor for their efforts trying to save their fellow sailors, and a third was awarded the Navy Cross.

Sadlowski was among 429 USS Oklahoma sailors and marines who died.

Of those who died, 388 could not be identified and were buried at the Memorial Cemetery of the Pacific in Honolulu.

The process of disinterring the remains for DNA analysis began in 2015, and since then 355 have been identified, according to the Navy.

Sadlowski's family debated where to have the remains buried, Makarski said. They considered veterans' cemeteries in Massachusetts and Florida, and even considered his hometown of Pittsfield, although there are no known family members still living in the western Massachusetts city.

"We talked a lot about it, and decided on Arlington because of its prestige," he said. 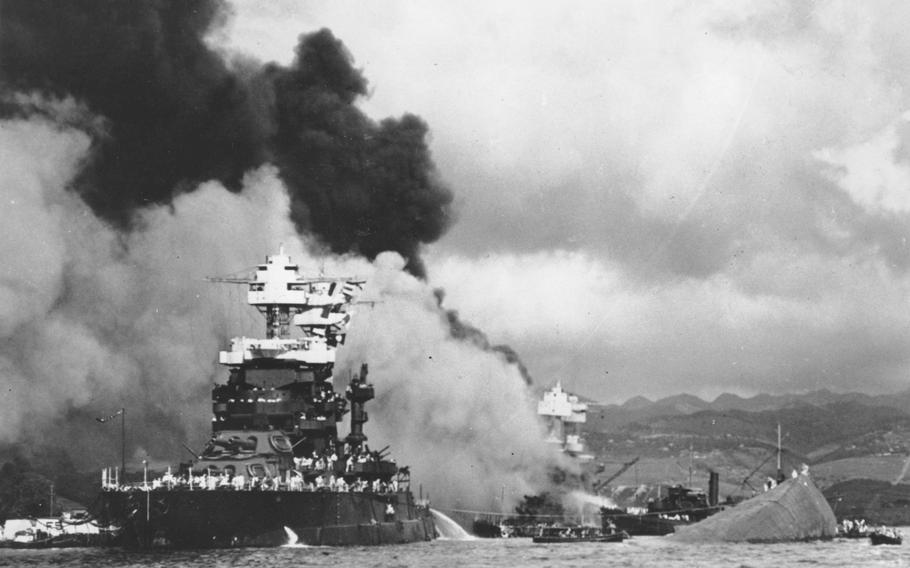 In this Dec. 7, 1941, file photo, part of the hull of the capsized USS Oklahoma is seen at right as the battleship USS West Virginia, center, begins to sink after suffering heavy damage, while the USS Maryland, left, is still afloat in Pearl Harbor, Oahu, Hawaii. (U.S. Navy)