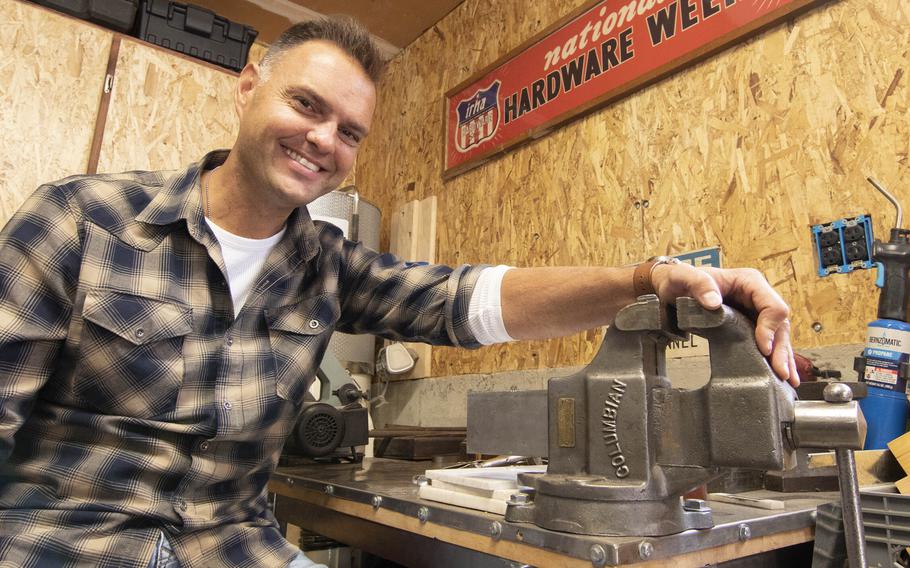 Tools for Veterans is housed in a workshop that Billard, 42, set up in his home garage. There, he collects old hand tools, cleans and restores them and sells them online or at local events, the Livingston Daily reports.

He plans to expand the business to a larger workshop in the Brighton area in the next year. He also hopes to fill the shop with veterans who love restoring old tools.

"You want to contribute to something you understand and believe in," he said. "If you have a connection, you are more passionate."

Billard previously ran a private detective agency. But now with a wife, a 4-year-old daughter and a set of newborn twins, it was time to pivot to a less risky career, he said.

Billard's new company, Tools of Veterans, will donate a percentage of profits on a quarterly basis to charities that support veterans' causes with an emphasis on those in Livingston County

He currently employs two veterans and one employee who is not a veteran. He hopes to hire more in the future.

Billard is also working on a series of videos telling veterans' stories — he describes them as "kitchen table" interviews — which he'll share on social media.

"I think documenting those stories is important to get the whole picture. What did they do when they returned? Were they married during their service? Some guys have 30 or 40 years of career experience after the service."

Billard's favorite tool he's restored is a bench vise he found at a neighborhood garage sale.

When he found it at the sale, it was covered in grime and rusted. The parts didn't move at all. 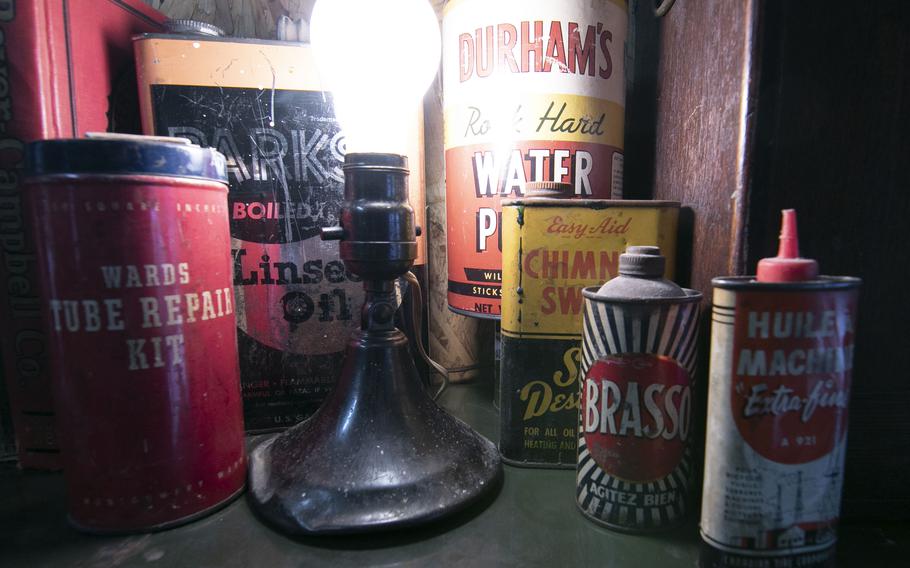 While restoring the vise, he uncovered stamped words on a small plaque on the side of the tool that gave him a clue as to its history.

The plaque indicated that the vise was in the World War II era by the Defense Plant Corp., a government-chartered agency that supported manufacturing during the war.

Today, the Columbian vise is in full working condition and a centerpiece of one of Billard's workbenches.

Each tool he sells to buyers will come with a thank you note.

"It talks about how the tools have a story and journey and then it becomes a part of their story."

Other prized restorations in his workshop include a 1930s dye filler that was used by one of the auto manufacturers in Detroit at the time.

He found a late-1800s workbench at a house in Troy. He is restoring it to use once he moves into a larger workshop.

He also acquired and a one-of-a-kind iron American flag made for a retiring Detroit union ironworker in the 1990s.

"These are the interactions I love," he said. "Hearing stories of the tools."

Billard said he's invested about $50,000 in inventory to get the business off the ground.

Tools for Veterans will take donations of old tools that need to be restored.

"We'll pick up at people's houses. Maybe they have boxes of their dad's old tools and they don't know what to do with them and don't want to throw them out."

To start, they'll plan pick-up days once a week in Livingston County and surrounding communities, including Ann Arbor, Lansing and Metro Detroit.

"Our other goal is to be at farmers markets and partner with existing businesses, like maybe set up in something like a brewery parking lot and do a 'fill the trailer' event."

He said he's working on getting a trailer and adorning it with business's logo and other graphics to use for drop-off events.

"There is a market for this stuff online, especially things that have stories," he said.

He also plans to sell some tools at events, but the focus will be on spreading word of the business and how to donate tools.

He said he wants to operate as close to "zero waste" as possible. Anything that doesn't get restored will be sold for scrap.

Billard grew up with a sense of duty to his country. His father and grandfather both served in the military.

"I was going to do college and a career path, but there was always this sense of duty, and I was able-bodied."

He served in the U.S. Marine Corps. for eight years with a Marine Wing Support Squadron. He was deployed in Iraq from 2004-2005.

He said he witnessed an exchange of cultural experiences when he was overseas.

"We were doing a lot of humanitarian missions," he said.

Billard exited the military in 2006 when he was 28. He started his detective agency when he was living in Boston and started another after moving to Michigan.

He said the charities he plans to support will be local, rather that large agencies and national nonprofits.

"Donating to some of these national organizations, I can't really see the impact, but I can make a bigger local impact. I like the littler groups that do mental health in the community and not big like the VA."

He said he's inspired by the initiative The Empowerment Plan, based in Detroit, which repurposes surplus fabrics from automakers to create coats that convert to sleeping bags for individuals experiencing homelessness.

"If we could buy just 25 of those jackets and they can hand them out, it is a very local, memorable thing we can do."

He said he is passionate about causes that address mental health counseling, training service dogs for veterans, veteran homelessness and suicide prevention.