Remains of pilot lost during WWII are buried in Maine 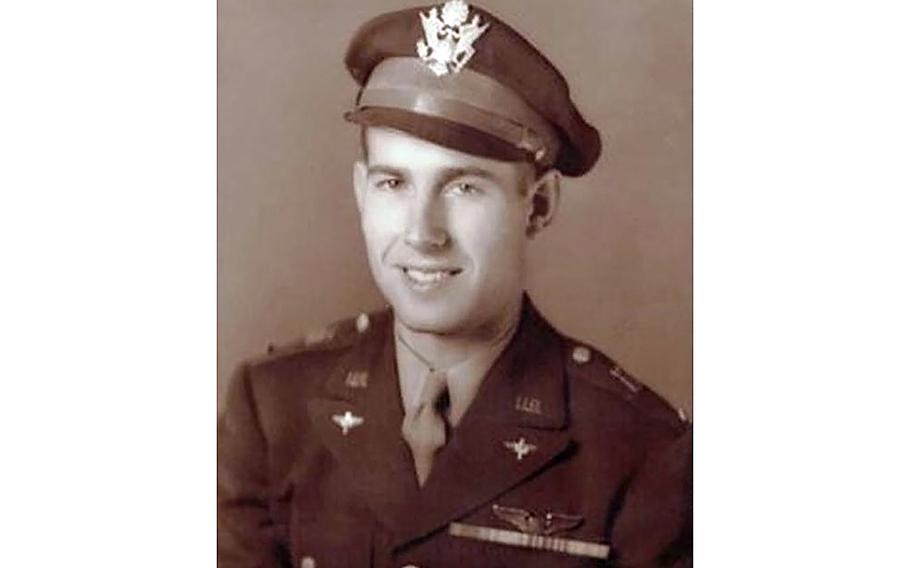 MILLINOCKET, Maine — The recovered remains of a World War II pilot were buried in Maine on Saturday more than 70 years after his body was lost in Europe's Adriatic Sea.

Relatives from across the country gathered in Millinocket to honor the life of U.S. Army Air Forces 2nd Lt. Ernest N. Vienneau, who was 25 when a bomber on which he served as co-pilot came under fire over present-day Slovenia on Nov. 6, 1944.

Vienneau was buried next to his parents at Saint Martin of Tours Cemetery in Millinocket along with the wings that he earned shortly before his death, Maine Public Radio reported.

Vienneau's niece, Joyce Totten, told the radio station that she had promised her late mother she would make sure to reunite Vienneau with his wings if he was ever found.

"It's going to be hard to give them up, but I will. That's what my mother wanted. We never thought we would be able to bring Uncle Ernest home, but 77 years later, here we are. Never give up hope on anything," Totten said.

Vienneau was mortally wounded in the attack, and the pilot was forced to ditch the bomber off Vis Island, Croatia. His body could not be recovered from the sinking bomber.

The wreck of the bomber was found in a dive in 2017 and possible remains were recovered and submitted for analysis in fall 2020. Dental records and other evidence confirmed they belonged to Vienneau.