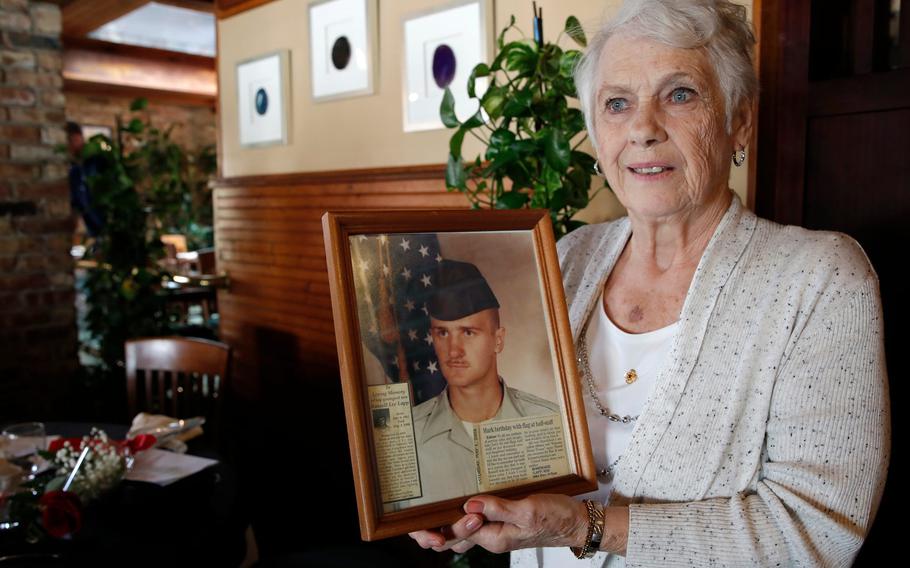 Rosemarie May speaks about her son during a gathering of the Gold Star Mothers and Families in New Smyrna Beach, Fla., Sept. 18, 2021. (Nigel Cook, News-Journal/TNS)

(Tribune News Service) — Rosemarie May held a portrait of her 22-year-old son frozen in time and in youth in an Army uniform. The picture was taken nearly four decades ago but the love and the grief were still fresh.

“I brought my son’s picture along. 1984 I kissed him goodbye said ‘I’ll see you in a couple of years’ “ the 82-year-old mother said. “Well, it was six weeks that I got the call from Germany.”

Russell Lapp, 22, her youngest of three sons, had been working on an Army truck when it rolled off the jacks and on top of him. He died three weeks later.

“It’s so hard,” May said. “I know it’s been a long time, but it’s hard. The thing I miss most of all is him coming in the front door and saying ‘Hi Mom.’ That’s what I miss.”

May is a Gold Star mother, one of several Gold Star mothers, fathers and families who gathered Saturday at the Grille at Riverview in New Smyrna Beach. The Gold Star designation means that a son or daughter has died while serving the United States in the military.

Martin, who saw combat in Vietnam, told the story of a Marine who was killed in a firefight there. He said he met someone later while visiting the Marine’s grave in South Carolina who told him that he had been an only child and his mother had died one year after he was buried — of a broken heart.

“I think a lot of people here could understand that,” Martin said. 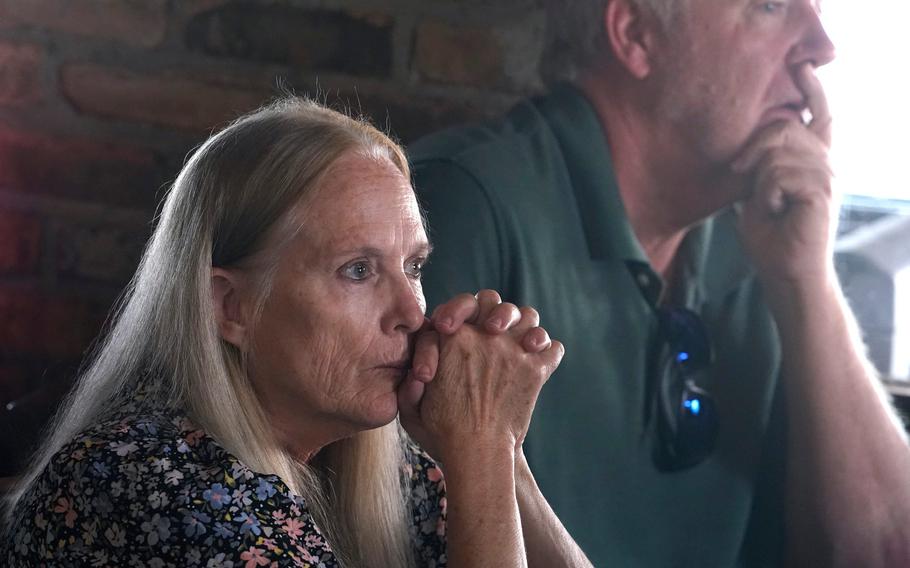 Karen Anderson listens to a story during a gathering of the Gold Star Mothers and Families in New Smyrna Beach, Fla., Sept. 18, 2021. (Nigel Cook, News-Journal/TNS) 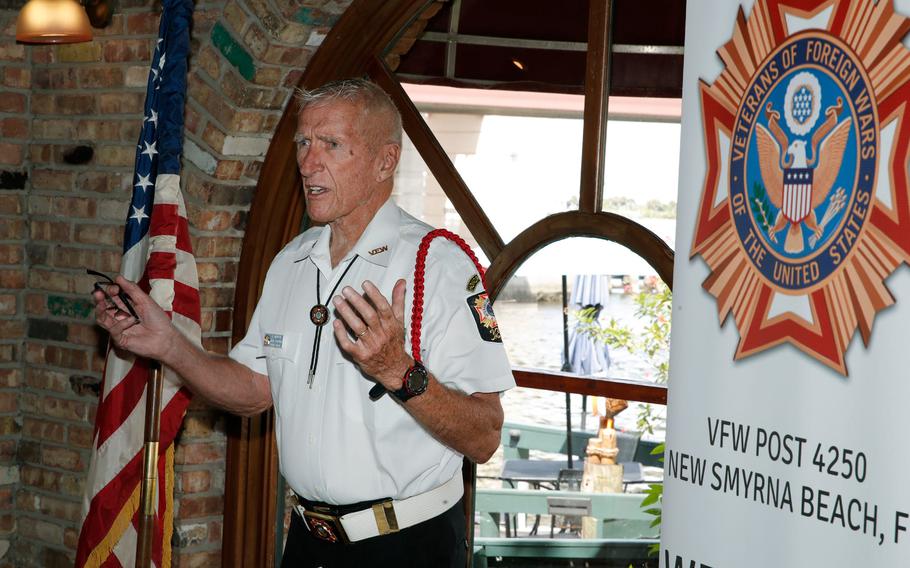 Martin said the camaraderie in warfare is “incredibly intense.”

Blaine Redding, 70, is a Vietnam veteran who raised his two sons in Nebraska and they deployed together in 2010. They were in the same unit known as the “No Slack, part of the Army’s Second Battalion, 327th Infrantry out of Fort Campbell, Kentucky. One son would not return.

On June 7, 2020, his son, Blaine Edward Redding, 22, was among five soldiers killed when a roadside bomb hit their vehicle in Afghanistan. He would have been 34 on September 10.

“You can talk to the other Gold Stars and it helps with the loss,” Redding said.

Tim Stanford, 62, of Palm Coast, said his son Luke Stanford, 27, served in Iraq and was a sergeant in the U.S. Army with the 911 Engineer Battalion when he died in 2008 in an accident in the United States.

“Everybody else here has gone through a similar situation I have. Your child dies, they knock on your door. They are with you. They hold your hand and then they are gone. And we feel alone,” Stanford.

“People have come up to me and said ‘Oh, what’s that license plate, Gold Star license plate? Oh congratulations!’ like I just got a star in school,” Stanford said.

He said that gatherings like the one Saturday mean a lot to him and his wife and show that people care.

Lisa Cook’s son, Marc Whisenant, was in the Army when he died at the age of 23 in Kuwait.

“Since he was three years old he wanted to be a tank driver and that’s what he did. He went in and he did that for six years and then he came home,” she said.

But Whisenant was recalled and went to Kuwait where he died when his Humvee rolled over.

“He was a great kid,” Cook said. “He was very active in the community, he was in scouts, he always volunteered, he graduated from Spruce Creek. I miss him everyday.”