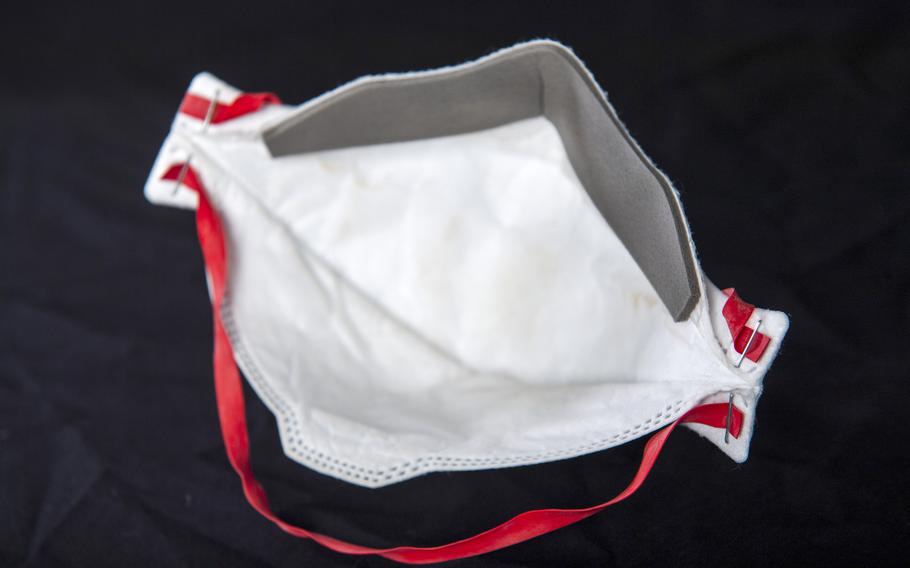 Last April, as veterans' hospitals struggled to find masks to protect their workers and patients from the coronavirus, a veteran reached out with promises to help.

"Unlike most vendors we are commitment [sic] to providing support during this time and are offering a COVID-19 discount to agencies who need large quantities of these items shipped," Robert Stewart Jr. wrote to a contracting officer at the Department of Veterans Affairs. "I am glad I can help ... support our men/women in uniform and vets."

In fact, Stewart, 35, had no masks and no ability to get them. On Wednesday, he was sentenced in federal court in Virginia to 21 months in prison for using fraudulently obtained COVID-19 relief loans in part on fruitless efforts to deliver.

A House subcommittee investigating coronavirus-related fraud released a report Thursday blaming the Trump administration for allowing Stewart's scam to proceed "despite clear red flags." While he was never paid for his $38.5 million in contracts with VA and the Federal Emergency Management Agency, Stewart wasted critical time and gave officials a false sense of hope that more than 6 million masks were on the way. The Arlington, Va., Air Force veteran, who ran his own company, was a legitimate government contractor but one with scant experience.

"The findings released today highlight yet another example of the fraud, waste, and abuse that pervaded the Trump administration's disastrous pandemic response," select subcommittee on the coronavirus crisis Chairman James Clyburn, D-S.C., said in a statement Thursday. "This failure of leadership allowed those seeking to get rich and exploit the pandemic shortages to win multimillion-dollar federal contracts at inflated prices that they had no realistic plan to fulfill."

Republicans argued that it was more important to get equipment, and get money out quickly to businesses, than to screen for fraud.

"Speed and decisive action were paramount," Rep. Steve Scalise of Louisiana, top Republican on the House Oversight and Reform Committee, said in a statement last year.

One VA supply official told an FBI agent last May that Stewart's case was one of 15 pandemic-related investigations he was involved in and that, as summarized by the agent, "the level of foolishness during COVID-19 had become pure ridiculousness."

That interview record was released by the House staff Thursday, along with memos and emails documenting Stewart's fraud.

VA officials explained in internal messages that they offered a contract to Stewart — and any vendor who claimed to have masks on hand — because "delay ... would result in serious injury or death to the Veteran public."

But officials quickly came to doubt his promises. Stewart claimed that masks meant for VA were seized by FEMA or a vice-presidential task force. He said he was switching from an overseas supplier to 3M, when officials knew that there were no 3M masks available. Asked on the phone about delivery dates, according to the report, he would cry.

"One lie after another with this company," one official wrote in late April.

Meanwhile, Stewart also received more than $1 million in loans meant to keep employees on his payroll during the pandemic. According to the court records, while some funds went to his staff, he also paid himself, paid off credit cards and rented a private plane in a last-ditch effort to acquire the N95s.

Stewart, who had been an Air Force captain, also lied to VA about his military history to increase his benefits.

In court Wednesday, he apologized for the frauds and false statements.

"I'm giving you a big break, considering the nature of what you did," Judge Rossie Alston of the Eastern District of Virginia told Stewart at the sentencing hearing. "Don't be unusually hard on yourself — you're still a man, you still have something to offer. You've done a lot of good in the world."

Defense attorney Robert Jenkins emphasized that Stewart had liquidated his assets to pay back $350,000 to the federal government and nearly $800,000 for government-backed loans. Stewart also served honorably in the military, he noted, and has a young son.

"You have victims who have been made whole — that almost never happens," he said in an interview.

Given that restitution and Stewart's service record, Jenkins said, he thought that probation was appropriate and the sentence was actually "a little disappointing."

Twenty-one months was the low end of federal guidelines for Stewart's crime, but judges often deviate from those recommendations in fraud cases.

At the time the deal with Stewart was made, VA medical workers were being forced to ration masks and other protective equipment; 20 had died. Since then, according to the agency, an additional 122 VA employees and 12,341 veterans in their care have died in the pandemic.

As of March, according to the Justice Department, 474 people have been charged with trying to steal more than $569 million through fraud schemes connected to the pandemic. Stewart is one of seven convicted after a price-gouging investigation. Most involve false claims to the Small Business Administration, with fraudsters inflating their payroll as Stewart did or creating shell companies to get cash.

A D.C. pastor is accused of buying 39 luxury cars with $1.5 million in funds that were supposed to go to employees of his used-car business. A Loudoun County, Va., man not long out of prison for carrying out a $5 million Ponzi scheme got $89,000 in coronavirus relief funds to support what prosecutors allege is another scam. A senior NASA employee is accused of creating a fake business to get nearly $300,00 in loans, some of which he used to pay for a pool and a purebred dog.