Veterans who are victims of domestic, sexual violence would see more help under proposed bill 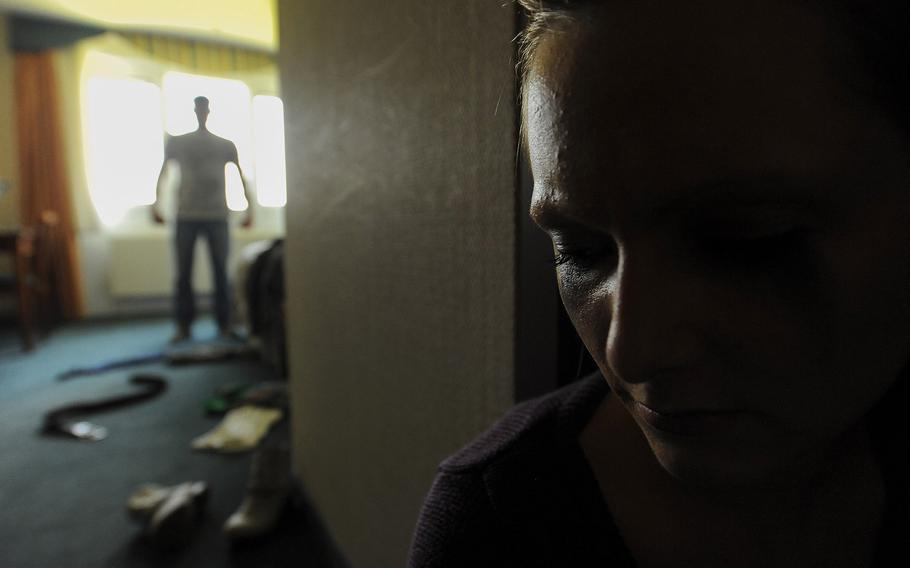 The Violence Against Women Veterans Act, would help connect veterans to local resources, generate more data on what fuels such violence in the ranks and trigger new reforms at the Department of Veterans Affairs to address domestic violence. (Rusty Frank/U.S. Air Force photo illustration)

WASHINGTON – New legislation would boost assistance for veterans who are victims of domestic violence or sexual assault, under a plan supported by a bipartisan contingent of House lawmakers.

H.R. 6869, the Violence Against Women Veterans Act, would help connect veterans to local resources, generate more data on what fuels such violence in the ranks and trigger new reforms at the Department of Veterans Affairs to address domestic violence, according to the bill’s sponsor, Rep. Nydia M. Velázquez, D-N.Y.

As of Friday, the legislation had 81 cosponsors, including five Republican lawmakers. Of those, three – Reps. Mike Coffman, R-Colo., Walter Jones, R-N.C., and Elise Stefanik, R-N.Y. – serve on the House Armed Services Committee and Rep. Aumua Amata Radewagen, R-American Samoa, is on the House Veterans’ Affairs Committee.

“Sadly, domestic abuse and violence appear to be widespread among the veterans and servicemember communities,” Velázquez said in a statement. “No woman should be denied help or resources when they most need it and we must ensure the Department of Veterans Affairs is proactively addressing this problem.”

The legislation, which was introduced in the House last week, follows upon an effort in 1988 when the VA created the Women Veterans Health Program to streamline services for female veterans. Though the legislation is named for supporting women, the effort would assist male and female victims of domestic or sexual violence.

H.R. 6869 would better integrate the medical, housing, mental health and other benefits provided by the VA with existing community-based domestic violence and sexual assault services, the legislation contends. It would do this by creating a more efficient and coordinated network of support for these victims.

Today, as more jobs in the military are being made available to women in uniform, women make up the fastest growing group of veterans, Velázquez’s office said. Unfortunately, this progress has also lead to an increase in sexual assault and harassment for female servicemembers during their time in the armed services and after, the office said.

Under the 2019 National Defense Authorization Act signed into law last month, Congress took a big step towards recognizing domestic violence as a concern in the military, designating it a crime under the Uniform Code of Military Justice.

Velázquez’s bill would establish local domestic and sexual violence outreach coordinators under the VA, who would be tasked with helping veterans utilize existing service providers, her office said.

Second, it would direct the VA Task Force on Domestic Violence to establish a comprehensive national program to prevent and treat intimate partner violence, the office said.

Finally, the legislation would direct the VA to complete a national study on the prevalence and causes of domestic violence among veterans.

“Confronting domestic violence is extremely difficult, but no survivor should ever be made to feel alone in the process of standing up to her or his abuser,” said Velázquez. “Drawing attention to the need for comprehensive reforms in the way our institutions handle domestic violence ought to be a priority not just this month, but every month.”