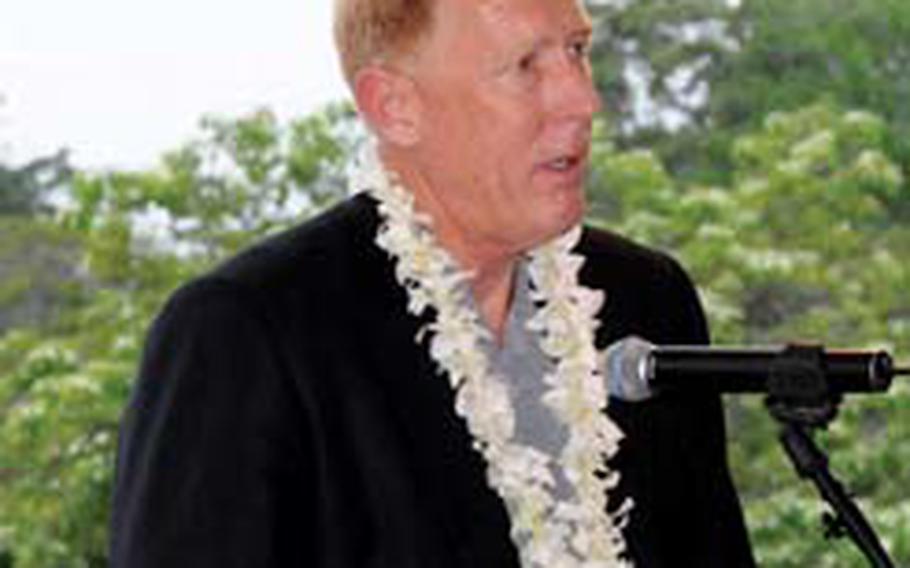 As the Army reviews the investigation into a deadly Afghanistan battle for which several officers reportedly have been reprimanded, one of the service&rsquo;s most-decorated veterans cautions that determining officer accountability in war is a "tough issue."

While the chain of command ultimately is responsible for everything a unit does or fails to do, retired Gen. Barry McCaffrey said, leaders&rsquo; actions should always be questioned in context.

Nine U.S. soldiers were killed on July 13, 2008, in Wanat, Afghanistan, after their small outpost was attacked by about 200 enemy fighters. Last week, several news organizations reported that three officers received "career ending" letters of reprimand for decisions leading up to the battle.

McCaffrey, who received two Distinguished Service Crosses and two Silver Stars while leading infantry units in Vietnam, said the battle must be evaluated within the broader war environment. Those who think U.S. forces should be able to fight against a determined, well-armed enemy who knows the terrain without taking losses are fooling themselves, he said.

"I&rsquo;m uneasy that if you take losses, that implies wrongdoing and we&rsquo;ll punish you," McCaffrey said.

ABC News and CBS News reported on March 12 that Capt. Matthew Myer, Col. Bill Ostlund and Col. "Chip" Preysler will be disciplined for their roles in the Wanat attack.

Lt. Col. Chris Garver, an Army spokesman, would not confirm the reports. Garver said Gen. Charles Campbell, commander of U.S. Army Forces Command, is reviewing the investigation and has until the middle of April to take action, and that details would only be made public after the family members of the slain soldiers have been briefed.

One of the those family members, David Brostrom, himself a retired Army colonel, said he hopes the Army does more than simply hold three officers accountable. Brostrom&rsquo;s son, 1st Lt. Jonathan Brostrom, was one of the nine 2nd Battalion, 503rd Infantry Regiment soldiers killed in Wanat.

Brostrom said there have been several similar battles in Afghanistan that point to a larger problem. Among them: a platoon-sized element almost overrun at a forward operating base dubbed "The Ranch House" on Aug. 22, 2007, and eight U.S. soldiers who died Oct. 3 during an assault on a small outpost in Kamdesh.

"If it&rsquo;s happened more than once, there&rsquo;s a training problem, a resource problem or something wrong with the way the Army is going about its operations," David Brostrom said. "What has the Army done to fix this?"

McCaffrey, now an adjunct professor of International Affairs at the U.S. Military Academy at West Point, questions, some of the ways the U.S. operates in Afghanistan and Iraq, calling it the "tactical arrogance of the Army."

"We&rsquo;ve been getting away with wandering around with squad-sized units," he said. The only times that should happen, he said, is when there&rsquo;s artillery support, aviation assets standing by and reinforcements nearby.

Even then, when squads or platoons go up against much larger elements, they will take casualties.

He said Taliban forces in Afghanistan should never be taken lightly: "Those little bastards can fight."

McCaffrey himself came under fire while he was commanding troops in the Gulf War over allegations his troops fired on Iraqis who were retreating. He was cleared by investigators.

An Army historian&rsquo;s detailed report on Wanat described an array of problems that potentially impacted the battle, including lack of leadership oversight, a lack of risk management, ignoring intelligence, shortages of food, water and supplies to build defensive positions, no air support from aerial drones or helicopters prior to the battle, poor planning and a lack of cultural awareness training.

Brostrom said he has seen no evidence that the Army has incorporated any lessons from the battle into its training doctrine.

"I want something to be done to prevent this in the future," he said. "I just hope the Army has learned something, so it won&rsquo;t happen again."